What doesn’t kill you makes you stronger to slightly misquote Nietzsche. Clearly our boy Freddie never stepped on a plug hidden under a duvet. But there’s certainly some truth in it because after months of rejection from agents and publishers I opened myself up to the prospect of even more rejection by trying to crowdfund publication with Unbound. What if even my own mother wasn’t interested? Thankfully she was and quite a few other people besides. So a big thanks mum and to everyone else who has supported – over 80 people so far and we’re two thirds of the way to the total.

If you’re still considering supporting hopefully the new character sketch below will help make up your mind.  This one is Dermot Jack, the second main character alongside Anna Preston.

Back in the day (for about a year and a half in the early nineties to be precise) Dermot Jack was a pop star – a real-life, platinum-plated pop star.  Five number one singles with chart topping boy band The Newboyz don’t lie and Dermot sang the lead on three of them.  That’s two more than band mate Robbie bloody Gray; these days the world’s biggest pop star, best dressed man and all-purpose heart throb.

Now, in his mid-thirties (and still a young man, OK) he makes a living as an agent for a string of TV stars.  OK, daytime TV stars.  But there’s nothing wrong with that.  There’s plenty of money to be made in daytime TV, it’s just that not enough of it is coming Dermot’s way and his only remaining client is Richie Murray, a celebrity chef, although both these words are applied fairly loosely.

Richie has managed to hold down the job of hosting popular cookery quiz show, The Meal of Fortune, for over a decade.  But it’s contract negotiation time again and the production company, increasingly tired of Richie’s loutish antics, seem to looking for any excuse to give the chef the push.  Dermot isn’t entirely sure where his next pay cheque is coming from if he can’t persuade them to give the chef one more chance.

Then there’s his ex-wife, who’s taken his eight year old daughter to live in Scotland with a Silicon Glen entrepreneur turned organic cheese maker (really?).  Dermot knows he hasn’t always been the best father but he’s not giving up on his daughter that easily.  His entire savings gave him just enough to cover the deposit and rent on a flat in Edinburgh, so at least she can come to stay at weekends.  And yes, that was the money he was lining up to pay-off his debt to East End loan shark, Charlie Mulrooney.  So he needs cash fast.  Good job he’s an optimist.

Dermot’s chance for redemption (and to avoid an old fashioned East end beating) comes in the form of Russian oligarch (crook) Oleg Bukin, who is in London to find an agent for his wannabe pop star daughter.  Poorly dubbed re-runs of the Meal of Fortune on a Russian TV station have made Richie Murray a cult figure in the land of Chekov and Dostoevsky and old man Bukin is a big fan.  He figures that the man who made the chef famous is perfect to help launch his daughter’s pop career in the West.  Hmmmm?

But what are Dermot’s chances of success the in the music business, one that chewed him up and spat him out all those years ago.   And is it really such a good idea to pay off his debt to small time East end crook by taking a bunch of immaculately laundered roubles from a far bigger Russian one?   Has Dermot never heard or frying pans or fires?

Dermot probably likes to think he looks a little like this. 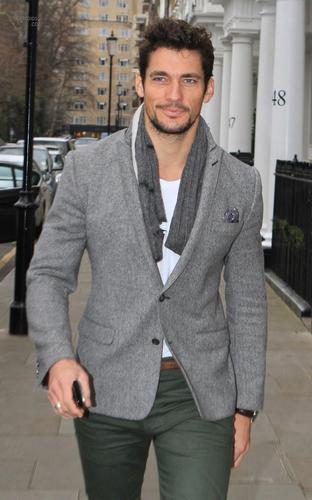