A week or so in and the crowdfunding seems to be going well.  It's a scary putting your writing out there.  What if everyone thinks it's rubbish?  Thankfully that doesn't seem to be the case.  Either that or they're just being very nice.  Thanks to everyone who has supported the Meal of Fortune so far.  If you haven't and you like the sound of it, please do pledge and help me get the published.

I've posted a short character profile of Anna, one of the two lead charters below.  More updates, profiles and other bits and pieces to follow.

Anna Preston would probably describe herself as a kick ass girl; certainly more than a match for most men she might come across, both intellectually and if it came to a fight.  All those hours in the gym and a black belt in judo have seen to that.  Shame she’s stuck behind a desk in a dead end job.

Not so long ago Anna thought she was going to make a real difference.  That’s why she followed her father into MI5.  An all-time security service legend, David Preston was known as a man for seeing things through.  Less of a man for seeing his wife and daughter but when you’re fighting the cold war it’s not always possible to be home in time for tea.

One mistake, just one little mistake and it wasn’t even hers.  That’s why she off operational duty, condemned to monitoring arms shipments. Yes it’s important work but it’s not quite what she signed up for.  The drudgery doesn’t stop the demands of work playing havoc with her social life though.  And as for a love life?  Yeah right.

With no prospects and a boss who seems determined to thwart her at every turn, Anna is beginning to wonder whether service to Queen and country is really worth it.

She knows that her colleagues think she takes herself a little seriously.  Her friends too if she honest.  And even her mum thinks she could live a little.      But she’s perfectly capable of laughing at herself, just not when there’s anyone looking.

The arrival of Russia arms dealer Oleg Bukin in London with his wannabe pop star daughter finally gives Anna a chance for redemption.  So what if it sets her on a collision course with her ex-boyfriend Dermot Jack?  She is so over him.   Perhaps there’ll even be a chance to dish out some long overdue revenge. 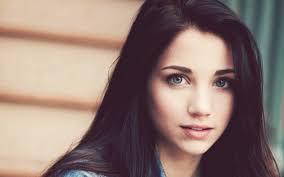