There's a good literary organisation called the Federation of Writers Scotland, a well-established group who champion writing and have a small publishing imprint called New Voices Press. They produce an annual anthology of their members' writing, and this year have accepted a short story of mine.

It's an old story, written maybe six or seven years ago, called The Permanent Arrangement of Lilli Crabtree. Strange to see the piece finally finding a home so many years after I wrote it, and even stranger to have recently re-read and edited it. Like it was written by another person, in another time. And I enjoyed reading it. Which is a good sign. It's a silly, satirical story about celebrity culture and the idea of public art what we value in society.

The anthology is being launched next month in Ediburgh, and it's called High Tide. If anyone is interested in getting a copy, visit the website. 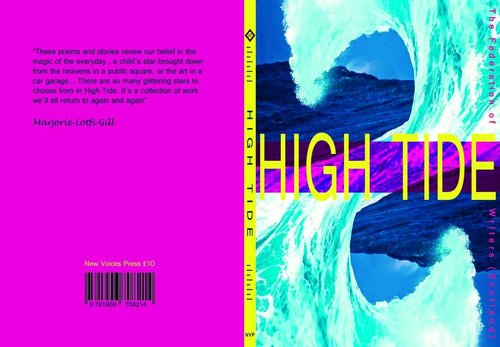 Meanwhile, THE MASH HOUSE continues to gain new supporters and inch towards the funding goal. Although momentum has been hard to maintain recently, we are almost into the final third.

As ever, a million thanks for your support.