One of the cool things about working with Unbound has been getting to know some of the other writers with live projects. One of the first I noticed was Emma Grae. Another Scottish writer with a novel called 'be guid tae yer mammy' which is set in Glasgow.

I interviewed Emma about her writing, her favourite books and her idea of a good party. 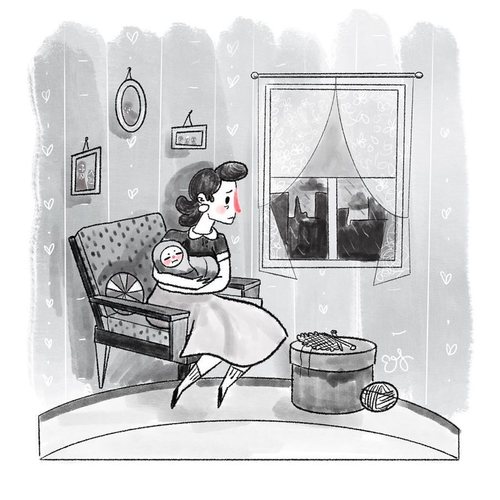 Tell us what little Emma was like? Did you always enjoy writing stories?

Little Emma loved stories, and as far as she was concerned, she was going to become the next James Herriot (a vet famed for his memoirs). Unfortunately, by the time I was about 15, I realised I just wasn't scientifically minded enough for that to happen and began to seriously pursue the arts, which made a lot of sense. When I wasn't chasing my pet rabbits around the garden, I was either drawing or writing. I actually remember sitting down to attempt my first novel in primary school, which I still have, a handwritten story about a girl who could talk to horses, Lily's Secret. Now, I content the animal-loving side of my personality by adopting as many as I can fit into my little flat!

Is your novel 'be guid tae yer mammy' written entirely in Scots? Do you find it easy to recreate the dialect?

'Be guid tae yer mammy' is partially written in Scots. It's told through the voices of four women, one of whom speaks entirely in Scots. Growing up, the older people in my life spoke more Scots than the younger, so it made sense to have my protagonist Jean Kelly, better known as Granny, speak entirely in the vernacular. I found it very easy to recreate because I grew up around the language - that, and I worked in a nursing home for over two years, which meant I was more than accustomed to hearing how older people used Scots.

Ultimately, I wanted to capture how Scots is used in the 21st century, so writing in the voices of four women from different generations has been the perfect tool. It's such a vibrant, witty and often hilarious language, and I don't think it's currently celebrated enough in literature.

Which five books would you want to be stranded on a desert island with?

'Big Magic' by Elizabeth Gilbert because it's the best book I've ever read about creativity.
'Smoke Gets In Your Eyes' by Caitlin Doughty because it's important to remember just how fleeting this whole being alive thing is.
'The Great Gatsby' because I think it's some of the finest prose ever written.
'Ulysess' because if I was on a desert island, I'd be one of the few buggers to actually finish the thing.
Anything by Lillian Beckwith. She captures everything that makes Scotland great in her writing.

Tell us about how you came to write this book, and your crowdfunding journey so far.

I started writing 'be guid tae yer mammy' while studying an MPhil in creative writing at the Oscar Wilde Centre in Dublin. But its roots really began in 2013 when I wrote about working around the dying as a student, which was an odd experience to have at such a young age.
When I moved to Ireland, I told another writer, Jarlath Gregory, that I wanted to write a significant piece of prose, but I didn't have the confidence for a novel. I explained the idea for 'be guid tae yer mammy', and he told me it was a novel. The rest is history.
The book has been hard to write mentally as I'm so close to the story, but it's also been incredibly rewarding for the same reason as there's such a fine line between truth and fiction in it. Now, I'm at the stage where I'm worried that life will never give me a story as good!
Crowdfunding has been a fantastic experience so far. I went into it with my eyes open, having researched Unbound as part of my master's, and while some things have been a surprise, like the realisation that the funding target actually equates to a lot more when VAT and cost of production are included, generally speaking, I've loved the process of connecting with other writers and creating a readership.
If I'd gone with a major publisher, I'd be relying on them to market the book for me. The upside to doing it myself is that I've had to go out there and find an audience for myself. Now, I know who I am writing for and it's incredibly motivating. I'm sure it will only stand me in good stead later down the line.

What would your dream book launch party look like?

I honestly don't know! I've been so caught up in the whirlwind of editing my final draft and promoting the book that it's going to be quite surreal when I actually have the chance to celebrate it being in the world. But since it's all about Scots and Scottishness, I'd like to think there will be more than a few drams on offer and traditional sweets like tablet and macaroon!

If you like the sound of Emma's novel, please consider ordering a copy; here's the link.