I'll be working on my manuscript over the summer, and as long as the weather's fine I'll be taking my typewriter out into the wild. Sitting at a desk is fine for editing but I like drafting in the fresh air.

Today I went to the Southern Necropolis for the first time. It's a sprawling and crumbling graveyard in the Gorbals, near where I live. I haven't been before. It's surrounded by high rises and industrial warehouses. Broken bottles and grafitti on the headstones. Seems like a hell of a place to be planted. 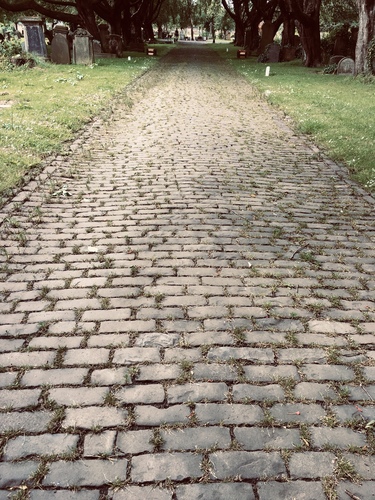 I was really struck by the amount of headstones that have been broken in two, or collapsed, or that are being consumer by nature. Nettles and roots clambering all over them. People paid for these things. They took care over their wording. Now they are being broken back down into the earth. 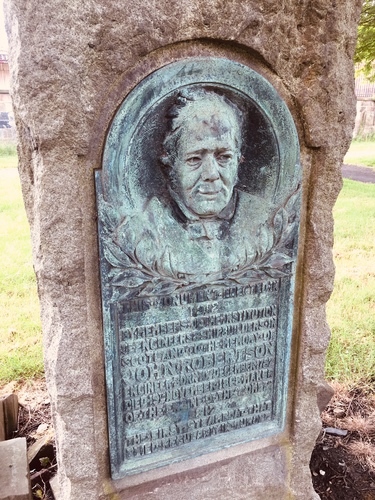 The high rise flats in the background look out across the Necropolis. There's a story dating back to the 1950s about the Gorbals Vampire, where local kids got it into their heads that there was a demon living in the graveyard. Coming out at night to consume the locals. They raided the place one night, armed to the teeth, destroying the place. The police had to break up the riot. The influx of American comics was blamed for the kids' paranoia. It's a great scene to think about. 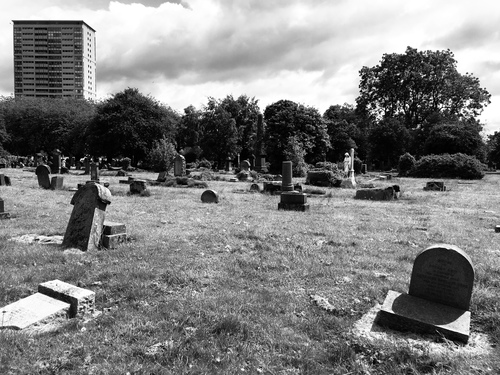 There's a story somewhere online about this white statue. It's supposed to be haunted. She really does stand out from the other monuments. 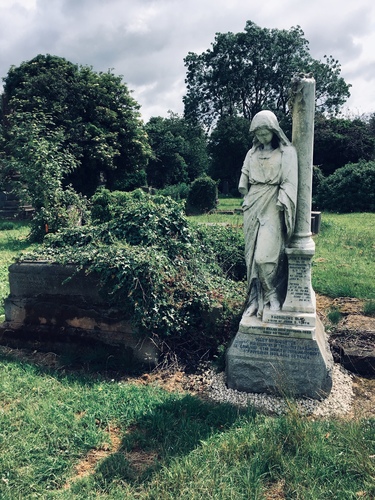 The famous Glaswegian architect Alexander 'Greek' Thomson is buried here. His headstone has clearly been updated. This black marble thing is really quite brutal among the faded stone of its neighbours. I heard that Robert Burns's nephew is also supposed to be here somewhere. 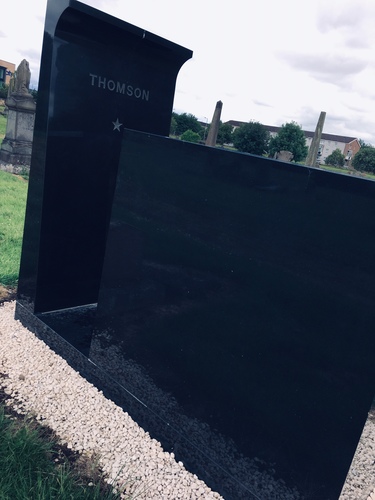 This is the grave of Sir Thomas Lipton, who became famous and wealthy for Lipton's Tea. It's a really humble stone.

Some of the most impactful stones are the ones that commemorate whole families. This poor woman buried her husband and infant children all within ten years. 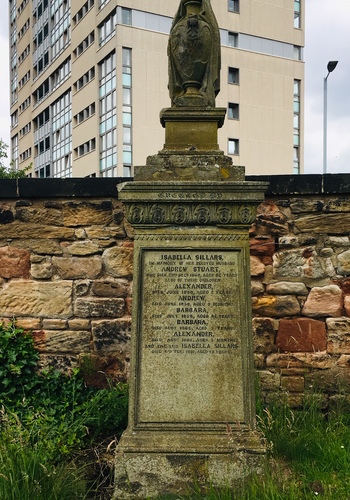 I've written a scene in The Mash House with a funeral and a burial. It was great to rattle off some thoughts sitting here. It's a good place. Quite sad, but beautiful as well. 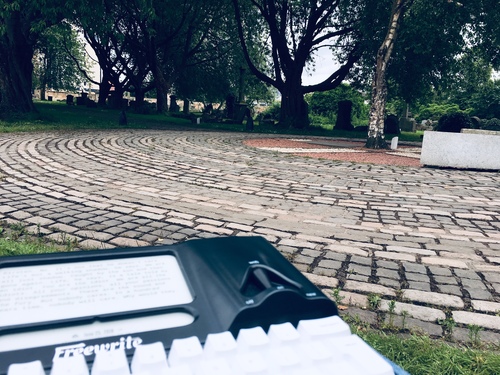 Hope you're all keeping well!