A Story about the Edits

How's it going? I hope you're all doing well. I wanted to give you a quick update on the book's progress.

I've been working on the developmental edits with a really good guy called Russel D. McLean. He's a fellow Fifer and I've benefited from lots of support through working with him. The first draft that I sent Russel was really shabby, and he guided me through heaps of issues to do with plot and character development. The book actually grew by about 30k words as a result of this, which shows how instrumental his feedback has been.

I've just sent away the fourth and (hopefully) final draft now for Russel's approval. I'm much happier that you're all going to receive a tighter, clearer book thanks to this process.

For Christmas that year, my Dad bought me a signed book by a new Scottish author in Dundee. It was inscribed with some inspirational comments from them both. Believe it or not, that book was Russel's debut, The Good Son. 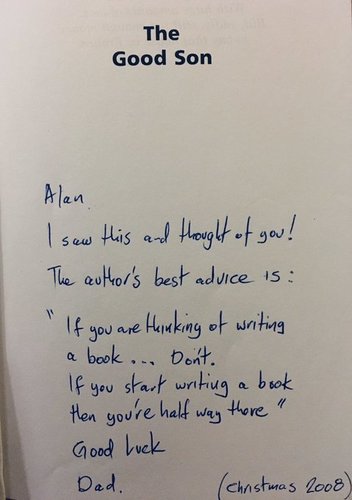 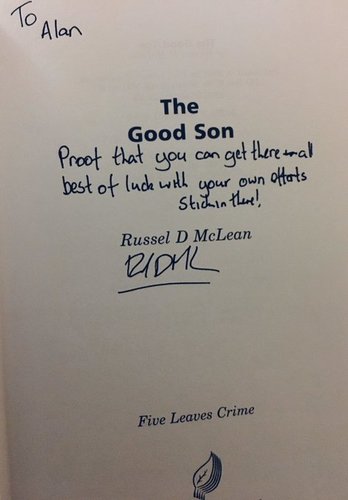 For Russel to reappear in my journey now, 12 years after receiving this, feels pretty special. So thanks to Russel for his guidance and good advice. And thanks to my Dad, for always believing in me.

Lovely wee story Alan, serendipity!
Looking forward to reading the final edit; hope you and the family are well!
All the best,
Pat