Great news. We're making postcards from some of Max Low's incredible artwork from The Mab. The postcards will be sent to everyone who has supported The Mab when we reach 125% funded. We've settled on the first four images from the book, which are the retellings of the four branches. Here they are, with a little bit of the story that relates to the illustration. I hope you like them.

Rhiannon, Pwyll and the Hideous Claw by Matt Brown 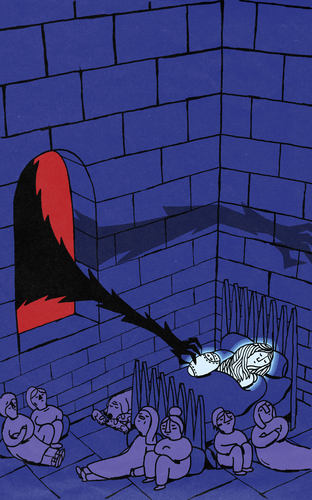 Branwen and the Cauldron of Rebirth by Sophie Anderson 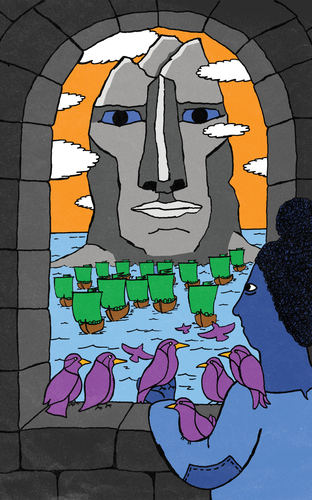 “The forest is the masts of ships, carrying warriors from my homeland,” Branwen replied. “And the mountain is the head of my brother, Bendigeidfran. The caves are his nostrils, the ridge is his nose, and the lakes are his eyes."

Happily Ever After by Nicola Davies 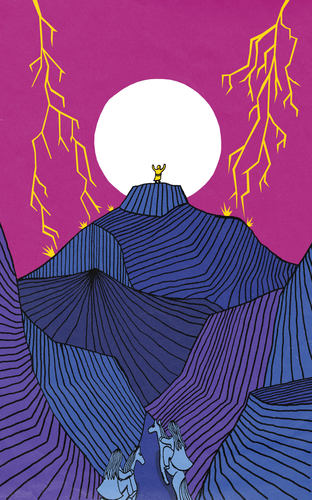 There was a clap of thunder from the cloudless sky, and everything human, except for the four of us and our horses, vanished. The dawn light fell on fields where no lambs bleated and villages where no hearth fires smoked. There was only the wild; thickets loud with birds, rivers thick with fish and deer on the hillside.

Meadowsweet and Murder by Eloise Williams 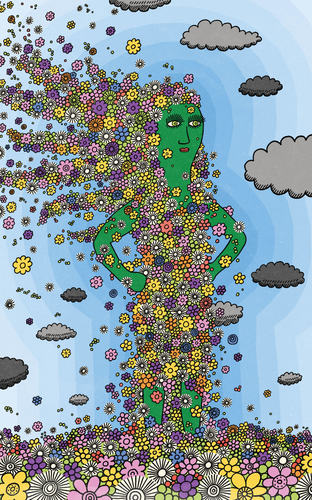 As the spell settled, a woman made of flowers appeared. Her hair drifted like a field of wildflowers in a gentle breeze. Her eyes sparkled the green of new shoots in spring, and the heady scents of a thousand blooms kissed the air around her.

A hardback copy of The Mab