Standing trial at the Old Bailey

Thank you all so much for cheering The Low Road to 90% funded - it's an amazing milestone. A while back, I wrote about how my dad got us up mountains when we were children. There was Kendal Mint Cake and chocolate, but there was also his encouragement, to walk up ridge by ridge and enjoy the view. So I'm taking a moment here to celebrate before the final push.

Yesterday I went back to Harleston, my hometown, to give a talk at the local Historical Society about The Low Road. There's something really special about bringing the story back to where it started, to the landscape which inspired it and the gruesome local history that runs like a spine through the story. We talked about whether there might be family members of the Tyrrell's around - one of my former teachers said that there were Tyrells who used to sell fish on the market here, whether the local people would have supported Mary and Ann (as they took up a collection, I suspect there was a lot of sympathy but some judgement as well) and whether there could be any remains left at Lush Bush.

Ann left Harleston on the stage coach in 1817, in a search to be admitted to the Refuge for the Destitute and had four years of relative peace there. She was fed and clothed, she made friends. So what on earth possessed her to steal the Refuge's laundry one winter evening in December 1821, and run away with her close companion, Annie Simpkins?

I am indebted to the remarkable work of the Old Bailey Proceedings project, which has transcribed many of the trial, including that of Ann and Ann - (their real names), when they stood trial for the crime of Grand Larceny, on Thursday January 10, 1822.

You can read sections of their trial below. For me, it was one of those glimpses where the girls just about come to life, where their voices are heard, even if faintly. Every time I found them in the archives was a thrill of recognition - there you are, and then they slipped from view and I had to search for them again.

They had stolen so many items, the proceedings note:

“I am superintendant of the Refuge for the Destitute, in the Hackney-road . I live in the house,

and have the charge of it; Tyrrell had been there four years, and Simpkins came in on the 4th

of August. On the 10th of December, between seven and eight o'clock in the evening, they

both left the house without notice; and this property was missed. Between eight and nine

o&#39;clock the same night, I found them in St. George's Fields, walking in the road - I took a

bundle from Tyrrell, and a bag from Simpkins, containing the property belonging to the

Institution, they reproached each other. One was employed in washing, and the other as a

and two slips of muslin; the bag contained half a yard, and some remnants of muslin, cut up in

caps; some bits of lace, a frock, two combs, a gown, two napkins, a pocket, and two gown

Then they called the book-keeper, Mrs Clements.

ANN CLEMENTS . I am book-keeper to the Institution. The prisoners left the house on the

10th of December. Here is a pocket and a gown body in the bag, they are mine; they were

kept in the counting-house.

ELEANOR CLARK . I am the house-keeper. The prisoners left unknown to me; part of the

property was under my care. I know it to belong to the Society."

Then Ann Tyrrell spoke up herself and said that another young woman had persuaded her to leave.

And that day the judges passed many verdicts, twelve in all. Their judge, Judge Newman Knowles, transported four together, the oldest being just eighteen. And he had others whipped and gaoled.The girls were sentenced to be transported for Seven Years, in the Second Middlesex Jury, before Mr. Common Sergeant.

But they didn't go, not then at least.

A signed, first-edition, hardback, the ebook and your name in the back of the book.

Katharine will name a character after you, or someone you nominate. Your character will appear across several chapters and have characteristics based around you. Plus two signed, first-edition hardbacks, two ebooks and two names in the back of the book.
* The author will have a right of veto over the names to be included. 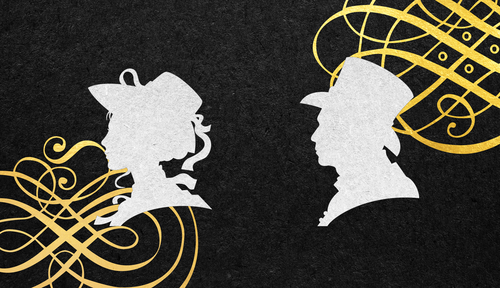