Behind The Low Road 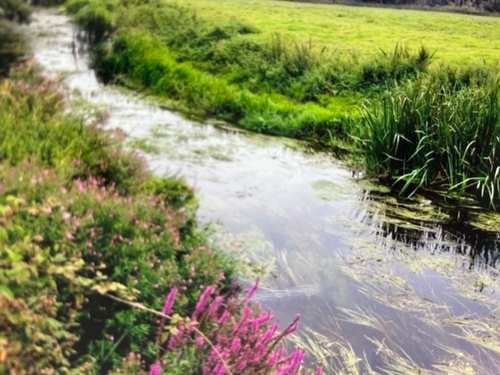 The river Waveney, full of water lilies and weeds

Thank you all for supporting The Low Road. This story caught my attention seven years ago, when I was visiting my parents in the Waveney Valley, which runs between the border of the East Anglian counties of Norfolk and Suffolk. It is a beloved watery landscape for me, with long views over the gentle watermeadows. But as I was to find in 2015, it conceals historic secrets, including local superstitions, the witchhunts that started in Manningtree - and this story.

In 1858 the writer, Charles Mackie, published the first of two volumes of his Norfolk Annals: A Chronological Record of Remarkable Events in the Nineteeth Century.

Mackie noted down unusual or extraordinary events on a monthly basis, providing an immersive and intimate account of history in Norfolk.

"17.—Mary Turrell, apprehended on suspicion of being the mother of a newly-born child, whose dead body was found in Vipond’s pond at Harleston, committed suicide by poisoning.  The coroner’s jury returned a verdict of felo de se, “and on the same evening about seven o’clock she was buried in the high road with a stake driven through her body in the presence of a vast concourse of people."

Over 200 years later I read a reference to this sad occasion in a book of local walks in the town I grew up in from the age of seven. Harleston, which nestles in the Waveney Valley between Norfolk and Suffolk, is a cheerful market town. My dad was the local headteacher; my mum a primary school teacher.

I think it was the Easter or Christmas of 2015 and I was looking for a family walk we could all go on. I came across the story of Mary Turrell above. I researched further, on hidden stories of Norfolk. I realised that Mary Turrell was buried on the parish boundary, between Harleston and Redenhall at a place known as Lush Bush. Before that, she had been subjected to a trial at the local pub, pictured here - after death - and found guilty and convicted of infanticide. She was sentenced to an archaic punishment called felo-de se. 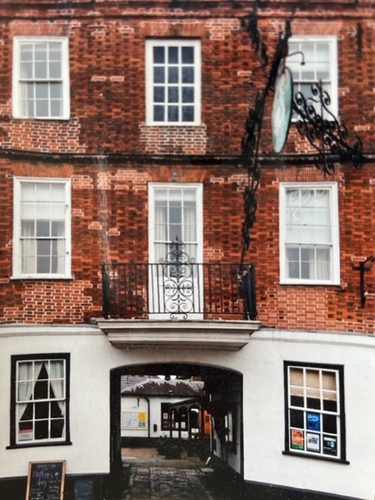 The Swan Inn, in Harleston, Norfolk, where inquests were held in the 1800's

In the Churchwarden's Accounts by Charles Candler, published in 1896, I found more details, which he had obtained from an old man who had witnessed the burial when he was a very young boy.

"Creeping between the legs of the men who stood close round the grave, he saw in the gloom of the evening the parish constable fix the stake in position, while another drove it home with a heavy beetle, Mr. Oldershaw sitting his horse in silent charge of the proceedings".

A daughter survived, known only as A.T. She was sent to a refuge in London some years later. I traced her to the Hackney Refuge for the Destitute and found that her name was Ann. And this is how my work began, for once I had read what had happened to Ann's mother, I knew that I had to find out how Ann had coped with the childhood trauma she had experienced. What happened after.

I started researching this book in early 2016. Thank you to all of you for supporting me to tell the story of these ordinary women, caught up in extraordinary circumstances, defying the few life choices they were allowed.

A signed, first-edition, hardback, the ebook 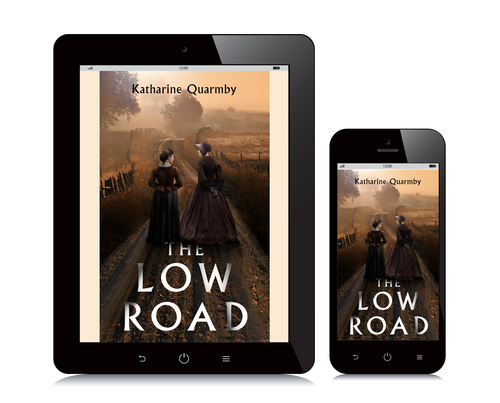