It has been a horrible few days. I feel like some life has been drained from my short dog existence. If I hadn’t managed to drag myself into the middle of a corn farm, I would have been picked apart by merciless scavenging birds.

The cause of my pitiful circumstances was an auto-rickshaw accident. If the God of dogs and all creation hadn’t spared me, I would have departed my dog life by now. The rickshaw didn’t hit me full on; it knocked me on my left rear, bending me like a rubber and causing me to plunge into a drain. An unseasonal rain had been pouring down all evening. So, the flood could have carried an elephant, let alone a battered dog. It hauled me along the garbage of Shashemene. Banging me around with every object it carried along, the flood finally threw me into a small river. The river in turn dragged me through shrubs, sometimes battering me against rocks, and deposited me near a cornfield.

I spent the night looking like a chick covered in mud. I couldn’t get up in the morning, so I spent the whole day baking in the sun. Towards the evening I dragged myself with all my strength and collapsed in the cornfield.

I have no idea how many days I had spent in the cornfield. I no longer count the days; I am just grateful to have survived the day and moved on to the next. It wasn’t just the unseasonal rain that caught me off guard; it was also the unseasonal situation. Sadly, this is not only my fate, but also the nation’s: everyone simply concentrates on getting through the day. I imagined this nation being robbed of its harvest by an unseasonal rain; a throne of thorns being put on its crown by an unseasonal ideology; and being ruled by an unseasonal leader. Hasn’t this nation been once among the greatest on earth? Now it is less than the least. Like me, its people have been dehumanized. Joining the realm of dogs, they are carried along by the whim of a flood. As a twig caught up in a flood has no direction of its own, so are the people of this nation. However, we mustn’t give up. I shuffle back to the centre of town, where I follow the road to Addis Ababa once again, cringing every time I see an auto-rickshaw.

The lorry parked by the sand pile is still there. If it had not been broken, I would have reached Addis Ababa by now. I still don’t know what was wrong with the lorry. That day, I waited for a long time for it to move, then gave up and left. Had it moved, the rickshaw wouldn’t have hit me. It’s no use thinking about the past now.

There is another lorry parked behind the broken lorry. The gap in the blue plastic sheet covering reveals that it is loaded with potatoes. It is not difficult to guess that this one is going to Addis Ababa. I decide to try my luck again. How do I get on it? There is no pile of sand next to this one. With a few hours left till the evening, I attempt to devise a plan. I try to climb up using my claws, but fail. The only other option is to get on the lorry in front of it, and jump from there to this one. I clamber onto a pile of sand and jump up on the broken lorry. From there, I try to size the distance between the two lorries. If my back had not been hurt, I could have easily done it. Now I am only a sorrier version of the dog that traversed through the forest with the grace of a cheetah.

Come what may, I have to jump. If I end up falling onto the concrete road, it would be yet another instance of bad luck but I’m not afraid of taking that chance. My bravado may yet end up the death of me. Let God’s will be done. The spirit that urges me to “jump” prompts me to take the leap, while another cautious spirit counsels me to “hold back as I may never see my wife and children again.” The spirit of courage and fear thus swing me from one end to the other, until I close my eyes and choose one over the other.

Since becoming a dog, I’ve never made such a noise as I made then, and I don’t think I will ever be able to replicate it. Even if the musical instruments of the world are played together, I doubt they would ever manage to produce it. Neither Mozart, nor Beethoven, or Yared could ever have composed such a sound. I make this subconscious noise as I jump over to the next lorry. Lord of Creation! I pass out for a few seconds.

I feel like my back has snapped in two. Every bone in my body seems to have shattered. Have I left this world, or am I still among the living? I struggle to open my eyes. I have landed on the potato-laden lorry. I close my eyes again. I don’t want to think about what my surviving implies. I thought my bones had shattered on the concrete road. After a little rest, I go under the plastic sheeting and burrow myself into the earthy-smelling potatoes.

I wonder where the driver is. He is probably at a khat den, getting high with the mild stimulant. For some time, exhaustion and pain grip my entire being. Then I hear the engine of the lorry start and roar for a while as the driver presses the gas pedal. Finally the lorry drifts away from the town that still bears the spirit of Emperor Haile Selassie in its Rastafarian settlers.

Although I have finally left Shashemene behind, the thought of the town in relation to Haile Selassie still preoccupies my mind. I feel as if the spirit of Marcus Garvey is shining upon me, just as bright as the full moon on the horizon. If he only sees the current state of Africa compared to what he hoped for! If he only knows that it is now a place where people have been dehumanized and have fallen into the ashes . . . what will he say? If he learns what has happened to Ethiopia, a nation that was once a symbol of independence and the pride of fellow black people, what will he think?

I can hear the animated voices of the driver and his assistant. I suspect they are high on khat, and may also be drinking beer. I hear one of them singing a parody of Tilahun Gessesse’s song, “Your Pose Is Striking.” He has changed the lyrics into an ode to khat.

The lorry suddenly slows down for a hitchhiking lady. “Let’s give her a lift. She is a gift from God,” says one of them.

“You are right, the road is dreary without the charm of a woman,” answers the other.

“Shall we let her in here at the front or at the back?”

“No, let her get on the back. It won’t be convenient here. If you get lucky, I will do the driving.” This one must be the assistant.

“Yes please! She is stunningly beautiful,” says the driver and pulls over next to her.

“Where are you off to? Can we help you?”

“No problem, but I’m afraid the front is full,” the driver says quickly.

The assistant driver helps her get on the back of the lorry. Apart from worrying if the lorry will go all the way to Addis Ababa, I also start to get anxious about their intentions for the woman.

The wind blowing from the adjacent lakes of Abaya and Shala seem to be cooling everything, including the clear moon. We pass the towns of Kuyera and Arsi-Negele in a blink. The woman seems more worried about the speed of the lorry than being with two strange men at night. I also worry about the speed but the scenery of the surrounding area, accentuated by the moonlight, somehow distracts me. Every now and then, this stunning vista seems to grab the woman’s attention as well.

It is beautiful . . . very beautiful. I can see flickering lights from the fires inside some of the rural huts. The swishing of the dried corn plantation makes a soothing melody as the ears sway in rhythm with the wind. The full moon hanging over the eastern horizon lights the skyscraping mountain ridges. The Abyssinian mountain range left bare like its people. These mountains openly testify to Ethiopia’s uncontested beauty when gazed upon from afar, but her inside is only fit for a priest’s absolution. Apart from earning the country its nickname “the roof of Africa,” it is no surprise that this landscape has caused the inspiration of poets and the envy of strangers. The variety of the terrain that gives the nation its name “the African Tibet”—from the heights of mount Ras Dashen, to the volcanoes of Dallol—has earned the admiration of friend and foe alike. It’s no surprise that both ordinary people and poets admire the beauty of the terrain equally, but the fact that a dog cannot take its eyes off it attests that it is an unexaggerated marvel.

Translated from the Amharic by Bethlehem Attfield 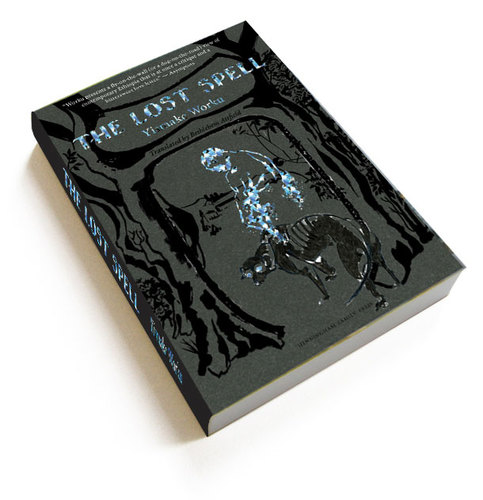 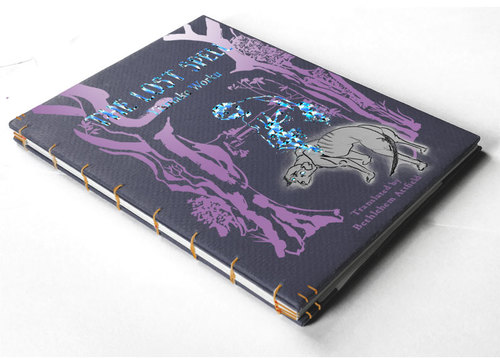