It's amazing to me that The Lion and The Unicorn is currently 81% funded. With just 19% remaining we're so, so close to hitting the target and finally being able to get this book out there.

In an effort to entice a final round of pledges, I wanted to release another sneak peek, this time from Chapter 4. As a disclaimer, certain bits of this chapter have been deleted in an attempt not to give anything away. For the full effect, you'll of course have to get your hands on the finished novel...

The Met Police headquarters had moved sometime in the last decade to the old Japanese embassy on Hyde Park corner. The new embassy had been relocated to the International Zone, with all the others. I waited while the guard checked my I.D. card and thumb print at the door. Office workers were walking hand in hand through the park, jackets draped over their arms. The grass was turning brown with the November heat and patches of dry soil were being blown about in the breeze. Eventually, I was let inside. At one time the embassy had been a grand, ornate building full of carved wooden chairs, tasteful artwork and brimming book shelves. Now, it was crammed wall to wall with small desks where harried detectives worked hunched over, dictating notes to their computers, their voices forming a constant clamour like the clack clack clacking of the typewriters of old.

Our department was in the subbasement, two floors down. There were, of course, no windows, but the strip lights were bright and the walls had been painted white to maximise the effect, with potted plants forming green pathways amongst the desks to make us all feel better – an idea passed down straight from the top. Mercer’s office ran across the back wall, fronted by planes of frosted glass. I knocked and was shouted in.

Mercer was sitting behind her desk, chain-smoking. It wasn’t strictly allowed, neither here in the building, nor anywhere at all. A fan whirred above her head, sucking the smoke out as fast as she could breathe it in. The desk was a mess, littered with files – as were the shelves, the floor, the chair. Bagby aside, Mercer was the only person I knew who still used paper. A pair of kettlebells stood on the floor in the corner alongside a cricket bat, and behind Mercer’s desk was a large black and white map of London marked with red splodges of felt-tipped pen. Framed photos of Mercer in military fatigues hung beside it on the wall. The photos had been taken before the explosion that took her left arm. Before the prosthetic replacement was painfully fitted in a dingy Eastern European field hospital. But, unless you’d already seen the photographs, it was impossible to decipher what hid beneath their veil of dust. The AutoArmTM,  however, was currently on full display, Mercer’s shirt sleeves rolled up to the tarnished metal of the elbow, the robotic fingers reaching for another cigarette.

“Well come on, sit down,” Mercer said, gesturing with her cigarette.

I hesitated. She looked at me, rolled her eyes then stubbed out the cigarette. “Better?”

Her metallic hand tapped the table automatically. Had she been called up to serve post-revolution, when things really started kicking off, they would have fitted her with one of the new, mass-produced enhancements of the type they still made replacement parts for. As it was, production of Mercer’s outdated model had long since ceased, and should it breakdown, become damaged, or simply rust away, replacing it would be akin to trying to rustle up spare parts for other outdated tech, like an MP3 player, or an X-ray machine.

Mercer let her false arm fall to the table with a thud. “Now, do you want to tell me why Bagby thought it necessary to shoot up Mr Macelleria’s sordid sex den last night?”

“I don’t give a fuck,” Mercer said, reaching for her cigarette packet then scrunching it up with annoyance when she realised it was empty. I ducked as she threw it at my head. “The point is, it is a disturbance we do not need. You know the drill. We leave Macelleria alone and he agrees not to cause us undue trouble. I can’t tolerate any alteration to that agreement, especially not where Bagby is concerned.”

Macelleria was the closet thing London had to a criminal underworld. Or at least, the closest we came to acknowledging one. Post-revolution, it was easier to trust one guy to run the entire ship, keeping things quiet to the benefit of both parties. In short, post-revolution, crime had been franchised. The Diamond Club was one of fifteen Macelleria owned across the city. The jewel of which was The Cat’s Eye in Stockwell.

“It was a minor incident. Bagby was attacked. The girls understand.”

“That might be the case,” Mercer said, hunching over her desk like she did when someone was about to get a dressing down. Like a panther preparing to pounce. “But Bagby has stepped beyond his remit too many times. Not only is it becoming embarrassing, it’s making me lose sleep. And not because I care about the bastard, because Chief Superintendent Ormsby keeps calling me at 4 a.m. to tear my ear off.”

“I can see how that might be irritating,” I said.

“I don’t give a monkey’s arsehole what you can see might be irritating. The fact of the matter is Bagby is suspended until further notice.”

“Ma’am,” I said, sitting up straight.

“Don’t ‘Ma’am’ me, or you’ll join him. Now, you’ve got a new partner waiting for you downstairs. In the shooting range.”

“I’ve had bunions for longer than that that have proved a more productive partnership than you two. It’s not up for debate. Get down there and see him, or leave your badge here and go sunbathe in the park. Either way, get out of my office.”

I left her stewing over my wayward partner and headed back to the lift. On the way I noticed a folded square of paper tucked under the lamp on my desk. Only one police officer I knew left me memos. I slipped it into my pocket.

Sounds of gunfire echoed up from the depths as the lift sank further underground. Post-revolution, the motion to equip police officers with firearms was quickly passed with only token resistance from a minor party. Since then, violent crime rates had, for the most part, levelled off to an almost manageable plateau. Today’s scallies knew that a run in with the law might well mean a bullet in the stomach. As officers who’d reached the rank of detective, Bagby and myself were allowed to choose our own weapons. Bagby carried a heavy Smith & Wesson revolver. I carried a classic Colt .45 that took bullets as wide as my little finger and had never been fired.  The range was much like any other firing range; a long row of booths with mechanised targets, frazzled police officers plugging away at them on their lunch breaks. The only difference was that the old, human-shaped targets had been replaced with spinning concentric circles, like a mechanised version of Duchamp’s Rotorrelief. Because, of course, while guns were mandatory, killing humans remained Bad Taste.

“How many rounds?” a clerk enquired as I stepped out of the lift. I waved him away and started along the range.

It was coming up to lunch and the booths were filling up. Mercer hadn't given me a name, so it was unlikely my temporary partner was anyone I knew. No one looked up as I passed, or waited with a bunch of flowers. At the very end booth was a plainclothes policeman of around twenty-seven, dressed in black trousers with a black shirt with the sleeves rolled up. His face was all angles, with cheekbones leading to a tight undercut, the hair on top scraped back. I watched as he worked slowly through the remaining shots in his Sig Sauer, firing with neat precision, grouping his shots in the centre of the spinning circles with rhythmic thud thud thuds. The electronic score card flashed over his target with every shot, announcing scores of nine or ten out of ten.

He finished the clip. I coughed. He slid the magazine out and checked the chamber. I coughed again.

“I’m D.I. Stohl. I’ve been assigned to work with you, on secondment from my usual unit,” he said, still without looking at me. He inserted a new magazine and drew the breech back. “It wasn’t my choice to join your unit. But there’s no reason why we can’t finish this quickly and get a good result for everyone involved.”

“Except Cynthia,” I nearly said.

“I like to start early,” my new partner continued. “How about I meet you at seven a.m. tomorrow?”

“I’ll meet you here,” I said, wincing as someone fired a shotgun behind me, somewhat missing the point of a shooting range. “But there’s plenty we can do now.”

“I agree. Which is why I’m going to speak to the girl’s father this afternoon. Uniform dug out his information and informed him of his daughter’s death this morning. By all accounts he was quite upset.”

“Right,” I replied. Better to let him get on with whatever he wanted to do, and conduct my own, efficient investigation into the murder unimpeded. “You do that,” I said. “I’ve a few things to check on here.”

He glanced at me for the first time. There was a gleam of something smug and knowing in his eyes.

“Ah yes, the sister,” he said, toying with the safety catch. “You don’t think that finding her would be a waste of time? They had never met, never so much as heard about the other in 30 years. The dead girl will mean as much to her as a dead stranger. Because she is a dead stranger.” He raised the gun at a fresh paper target. “I doubt she can tell us anything.” Apparently deciding the conversation was over, he nodded to me, then turned and began to shoot again with the same, regular efficiency. 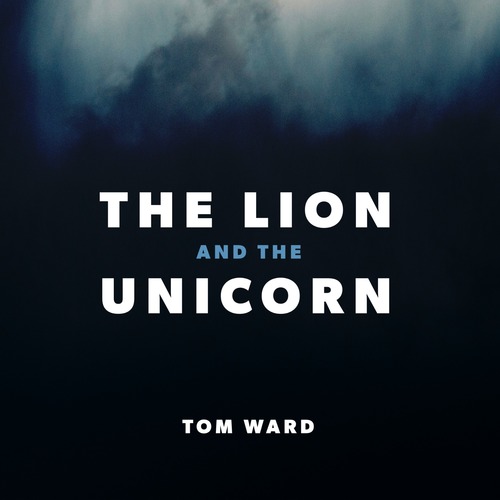