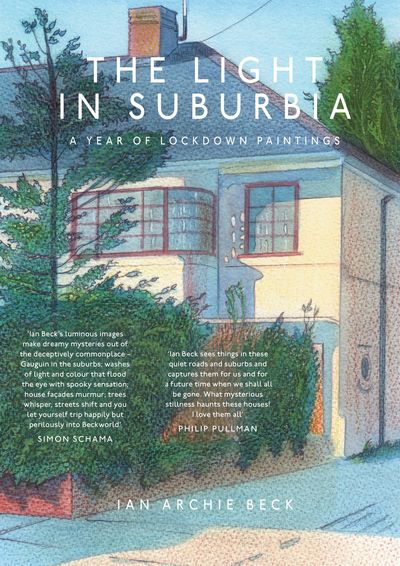 A collection of paintings made in lockdown by one of the UK’s best-loved author-illustrators.

At the start of the March 2020 lockdown, Ian Beck would walk his greyhound Gracie through the early morning streets of Isleworth in west London, revelling in the light and the silence that the restrictions had brought. The familiar became charged with new meaning, inspiring Ian to paint the scenes around him for their own sake, something that he hadn’t done since his student days in the sixties.

Suburban streets, trees, fences, shrubs and overgrown alleyways – all are transformed in the quiet intensity of Ian’s lockdown paintings. He painted interiors too: the moon shining through a bedroom window, objects on mantelpieces, the eeriness of back gardens at dusk. As the year progressed, the crisp light of spring gave way to the haze of summer and the gloom of autumn fogs.

The Light in Suburbia collects sixty of Ian's paintings from this period: a remarkable record of his year spent trying to capture the beauty of the unprepossessing everyday.