A homage to the English pub 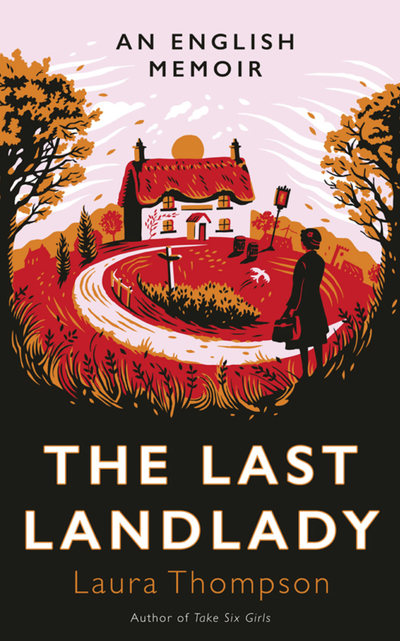 Food & drink | History
You made The Last Landlady a reality. It's available in all good book stores now.
$8
83 pledges

An evening of drink and conversations with Laura in 3 of Soho's iconic pubs (The French House, The Blue Posts, The Old Coffee House), plus signed and numbered 1st edition hardback book, and ebook edition
Limited to 10
$300  + shipping
6 pledges

Dinner with Laura in the private room at Quo Vadis, one of the oldest establishments in Soho, plus signed and numbered 1st edition hardback book, ebook edition and your name in the back of the book
Limited to 6
$3,000  + shipping

Your name printed in the front of every edition of the book, plus signed and numbered 1st edition hardback book, ebook edition and your name in the back of the book

This book is the story of my grandmother, who was born in a London pub and who, in the 1950s, became the first woman to be given a publican’s licence in her own name. Through her I shall also trace the social history of the English pub: how did pubs begin and develop? Why have they meant so much to us? What future do they have? It is questions of this kind that the book will seek to answer, interwoven with memories of my grandmother, a remarkable woman whose life was defined by pubs and who – as it seemed to me - embodied their essence.

She was one of the great landladies. I spent part of my childhood in her little pub in the rural Home Counties, and was mesmerized by her quasi-theatrical gift. She generated that enclosing yet liberating pub atmosphere, the one that reflected our national character: the stoical humour, the craving for clannishness, the relish for a downbeat kind of glamour, the jokey attitude to sin, the sentimentality and the fleeting aggression. As she grew older, she recognized – with characteristic pragmatism - that pubs such as hers were a dying breed. Perhaps the world around them has simply changed too much. Yet they still hold their treasured place in our consciousness.

From her I inherited stories of my great-grandfather’s pub: the dray-horses who transported the barrels of beer, the lump of ice bought from the local tannery and wheeled through the streets in a pram, the war, the black market whisky, the pub tart Queenie… Meanwhile memories of my grandmother’s own pub are intense and sensory: the beer and dead ash on the carpets in the morning, the deepening rhythms of mirth at night, the magical brightness of glass behind the bar. It was a wonderful education, to observe that adult arena, and its mysteries still fascinate me. Part-memoir, part-social history, part-elegy, this is the book I have wanted to write for many years.