A research trip to Cairo and Luxor

I'm used to research, I love it, it's almost the best part of writing a book. It usually means spending days in the library, calling up rare books, exploring the stacks, sitting in the tearoom. There was some of this for The Irish Pasha - and then there was a trip to Egypt. I arrived in Cairo in February 2012, just a year after the Arab Spring, and it was pretty grim.

Well, there were moments of pleasure and friendly encounters with many people, but their circumstances were not good. Cairo seemed to me like the end of the world. The air was almost unbreathable, the dust and grit and filth coated my mouth as soon as I stepped out of the door; the noise of the cars and blaring horns was cacophonous and unending, the roads were choked and the driving demented. The bridges over the Nile to Zamalek, where I was staying, crisscross the sky so that the mayhem is above as well as all around you (Jeremy Clarkson should be tied to one of the concrete pillars til he sees the light). Zamalek is a quiet suburb away from the protests that were happening in Tahrir Square, full of the Meuzzin calls, flower shops, skinny cats, plastic, beggars, dust, coffee, shishas, Venetian glass chandeliers, dogs, shit and motorbikes. Cairean buildings over the river were either falling down or unfinished but still teeming with people who gamely draped their washing from the balconies so that it dried and then needed to be washed again. I had to keep my eyes on the ground or risk falling down a hole covered by a random bit of tin or wood.

The Gayer-Anderson Museum is in the ancient Islamic Quarter and was as I had imagined it to be from Pum’s descriptions and photographs, even if many of his artefacts had been stored away during the troubles. The view from his roof terrace looks over the graceful Ibn Tulun Mosque and his rooms, which run together, are sober and charming and make the secret hiding places all that more thrilling. The halls are tall, cool, and grand and the outside clamour of the city seems distant and muted. The Islamic Quarter is a mass of higgledy-piggledy lanes and stalls, hung about with colour, glitter and plastic and interspersed with architectural magnificence, neglected and pretty much ignored. The Antiquities Museum had a similar air, the brilliant treasures set in a beleaguered building, glass panels in the cupolas missing so that poisonous smog and rain fell into the galleries, paint peeled from the walls, and Tut-ankh-Amun’s gold mask gleamed lugubriously from its gloomy surroundings. One gallery was being decorated by a lone painter spreading cream gloss around an Armana relief concreted into the wall, huge brush in one hand, rag in the other to wipe the paint smears and drips from the ancient stone. He didn't have a fag in his mouth but he might just as well have done. The foul cigarettes are 60p a pack and all the men smoke all the time, adding to the vile, thick air.

Taxis, fellucas, model pyramids and postcards were on offer everywhere in the unending flogging of services and tat that happens in every city. Tourists were rare creatures and the sellers had a hard time making a living. 'Mubarak' they kept saying, in a truncated political comment on their condition, and some of the taxi drivers talked eloquently about how he had 'fucked the place up'. They were angry. It is telling that all the buildings, roads and pavements were in a state of sordid disrepair yet the Military Academy and Airforce House are huge and pristine palaces of shining white marble and gold decoration. Around Tahrir Square were giant coils of barbed wire in front of which stood black-clad police, their fingers sticking down the ends of their rifles. The tents had been pretty much dismantled but one or two remained, plastered inside with photos of Syrian atrocities, while outside grim-faced, over-sized, over-bearing men in overcoats and shades stood smoking aggressively beside their black mercedes cars.

Luxor was heaven by comparison - the pretty El Fayrouz hotel in bright sun, roses and bougainvillea in the garden, cushioned daybeds, raucous birdsong, donkeys braying, children playing marbles. Fellucas sailed on the Nile and I crossed it on the public ferry, a relic from the 1920s. Herons and hoopoes strutted and I got lost in the small green fields and frightened by a black dog that I thought was a basking pig until it leapt up and rushed at me, barking like a maniac; it was fortuitously brought up short by a heavy chain. There was cold beer and very good food. I read Pum’s memoir again. 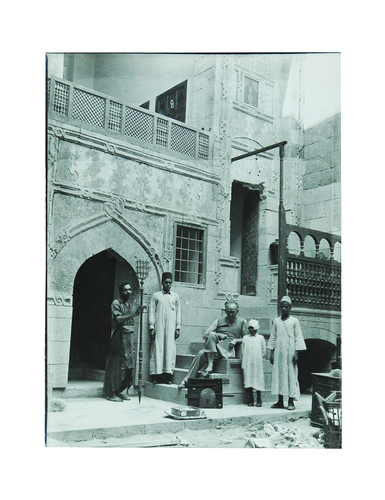