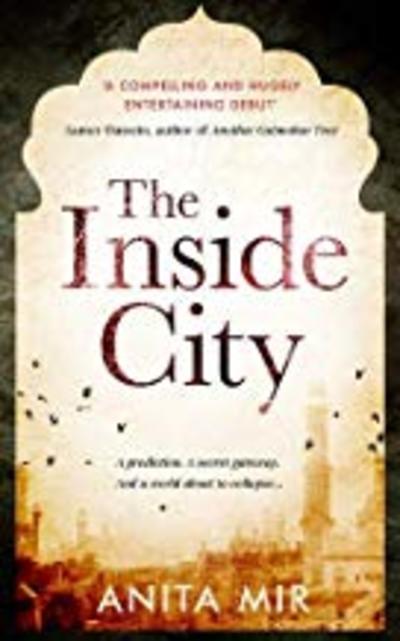 A boy discovers not a secret garden, but a secret city as India hurtles towards Partition.

There are ancient walled cities all across the world. This story begins in Lahore’s walled, or inside city, as it is called in Urdu, in what was then India.

Barefoot, she walked to the wall of her rooftop courtyard and looked out at the city she had, in just three months, begun to love: a bulking city ever teetering upwards, with its twelve giant gates which closed each night, keeping them safe, from predators and marauders, and Dar said, bad dreams, but he’d smiled, so she’d known he was joking, only not what he meant.

A pir (seer) predicts great things for a soon to be born born boy, Awais. The year is 1919 - the year of the Jallianwala Bagh (Amritsar) Massacre where anywhere from 379-1,000 unsuspecting peaceful protestors were killed by armed British troops. Politics is everywhere and on every tongue. Will the British go? Will they be booted out? And what will happen to India, then?

But Khurshid, Awais’s mother, cares nothing for all that. Her dreams are not of nationhood; they centre on her boy who will give, she’s sure, her life the meaning and beauty she’s craved for so very long. As they wait for the future to unfold, no-one notices how different Khurshid’s youngest daughter, Maryam, is. But then her secret is outed. Maryam has a superb gift for Maths.

Though she doesn’t want to think it, Khurshid begins to wonder if the pir (seer) had been right about the house but wrong about whom the gift of greatness was meant for. She checks herself but the idea grows and grows. She tries to teach Awais her burning overpowering hate. But Maryam is one of Awais’s two great loves. He can’t believe what his mother says. He can’t hate Maryam. Or, he wonders, can he?

Awais’ other great love is the inside city, which through a chance encounter, he has started to explore and to map. When Partition, brutal and horrendous, takes place in 1947, it is Awais’ knowledge of the inside city that will save lives. But will it be enough to save his family as well?