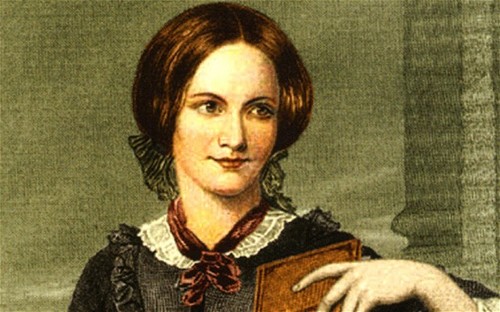 When Charlotte Brontë submitted her novel JANE EYRE to public scrutiny (under the pseudonym Currer Bell), she received praise from literary luminaries such as Thackeray and George Henry Lewes (the noted critic, dramatist, novelist and married lover of George Eliot, aka, Mary Ann Evans). But when she sent some of her verses to the poet laureate Robert Southey, she received a stunning rebuke:

'Literature cannot be the business of a woman's life, and it ought not to be. The more she is engaged in her proper duties, the less leisure time she will have for it, even as an accomplishment and recreation.'

We've certainly come a long way from such dumb prejudice, and hopefully from the need for women to write under male-sounding monikers. But it remains that women are far less likely to venture a book proposal than a man. If it is also true, as the Bowker's report of 2013 found, that women are buying more books than men, then we can't lay all of the bias at the feet of the male population. We might want to blame the editors and publishers, but according to UNBOUND's own calculations, they receive 50% fewer submissions from women than from men. Maybe women just lack the confidence of men in putting their manuscripts forward. But perhaps there are other forces at work that have helped to nudge the percentage down rather than up.

The debate on how gender inequality should be tackled is very much in the air all these centuries after Charlotte Brontë found herself struggling to row her vocational boat up the narrow creek between the equally inhospitable lands of governess or school-teacher. (Her need to earn, by the way, was somewhat urged on by her brother Bramwell's tendancies to alcohol and indolence.) Two recent lively and news-generating events have brought the matter to popular attention lately. The Vagenda Magazine campaign encouraged people to remove sexist language from news headlines, and found that in many cases few non-gender-biased words were left. And it would be a delicate operation indeed to dissect the anatomy of inequalities raised by the recent 'farce of the t-shirt' telling us 'what a feminist looks like'. Here, in a sorry twist of commerce, the well-intentioned words became a mockery of the message.

But words are important. Books are important. Our literature is critical to our culture. How much poorer would the canon be without the riches given us in the novels of Austen and Eliot, Brontë and Trollope (Mrs.), and dozens and dozens of others, and whole worlds of characters we should never have met or made peace with? It's a trite question, of course, but it drives the point that of course we need women writers, as much as we need male writers. We need them not just to be able to write but to be able to be read, and for the best to be able to earn by their accomplishments, which make the world a much better place for readers like you and me.