Stoneleigh Abbey--what a house, what stories... 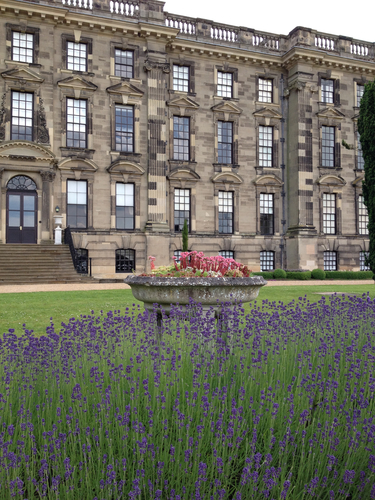 As I mentioned in my last post, I was off to Stoneleigh Abbey to look into connections with Jane Austen and Mansfield Park. I must add a correction, Stoneleigh is not thought to have inspired the house at Mansfield Park, but rather Sotherton, the house in the novel that is inherited by Mr Rushworth and which he is intent on 'improving' with some landscaping by Humphrey Repton. Repton did indeed do some rather impressive work at Stoneleigh, but AFTER Jane visited in 1806. However, he had been working on another Leigh property so it's likely she had heard about it and of the new owner's plans. In fact Repton even diverted the river Avon so that it ran closer to the house, and created the little lake in front, so that it threw up a nice reflection of the house which could be viewed from the walk on the far shore. 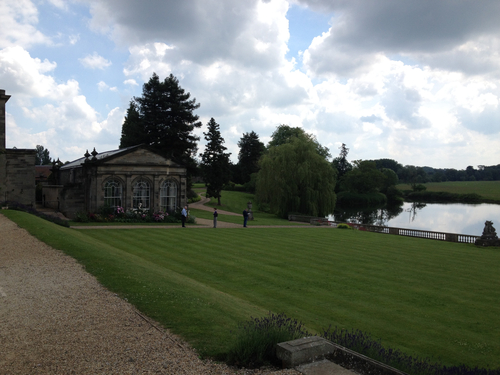 There are several other links which I'll cover in the book, but an interesting later story involves a visit by Queen Victoria, in 1858, in which she and Albert apparently begged off of the church service on sunday morning claiming state business when actually some of the servants saw them steal off into the woods for a private walk.Nice to think they managed to connive some quiet time to themselves. During the same visit, the room that was Jane Austen's favorite, the breakfast parlour, had been turned into a bedroom with rich wood panelling and dark mahogany furniture. When the Queen's footman arrived to inspect he informed the owner at the time, William Henry Leigh, that the Queen didn't particularly like dark wood. So all of the lovely panelling and dark wood furniture was painted white with gold leaf, see below, as it is today. 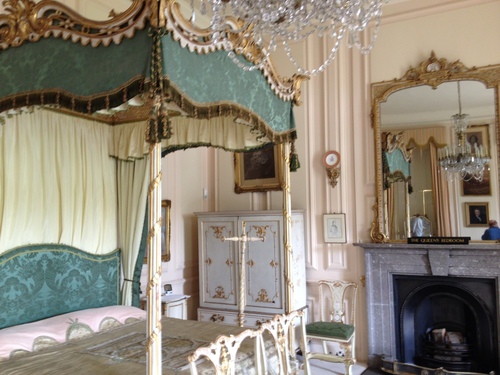 All of this comes from a very engaging tour, which is the only way you can see the house, but which is well worth the time. The guide dresses in period costume, but you shouldn't be put off, ours was well-informed and very friendly. The upshot of my visit is that there is enough for a story on the house in its own right. More in the next post on the Scold's Bridle, a rather barbaric piece of marital gear.