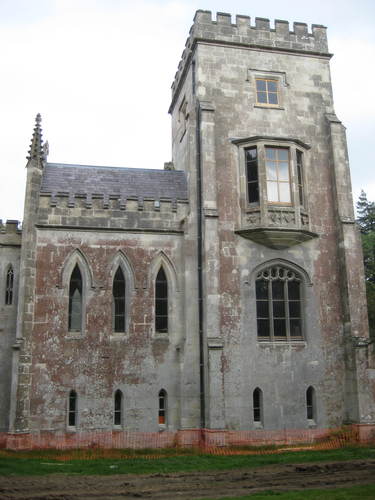 I had the very good fortune to attend the symposium 'Recovering Fonthill' over the past weekend and to learn from some expert researchers about the history of the Fonthill Estate. A series of grand houses have been built and pulled down on this site since the early 17th century, leaving mostly open land with textured features that only give suggestions of what came before. (Funding for a proper archaelogical survey would be welcome!) The remains of these great houses are now only visible in drawings and photographs. These include Fonthill House, built in the early 17thc by the Mervyn family and later added to by Sir Francis Cottington (d. 1652); the grandiose Fonthill Splendens, built by Alderman Beckford in 1755 and measuring some 390 feet along the frontage; most of the cruciform Gothic revival Fonthill Abbey, built by Beckford's son, William Thomas Beckford, and others by leading families of the 19th and early 20th centuries. Thanks to Caroline Dakers, Professor of Cultural History at Central Saint Martins and author of The Genius for Money, Business Art and the Morrisons (Yale 2011), among other publications, for a superbly organized and informative event. 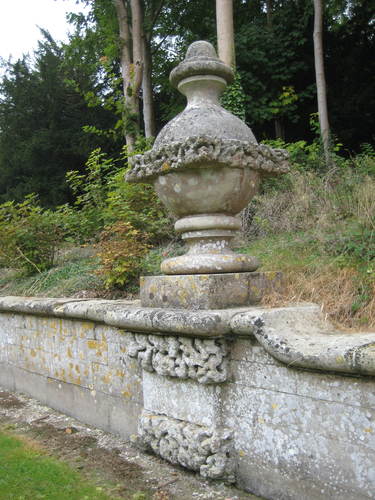 Most people will have heard of Fonthill Abbey and its doomed tower, designed by James Wayatt for William Thomas Beckford and completed in 1813. The vertiginous tower collapsed in 1825, taking part of the west wing with it, and providing generations with a romantic ruin in the landscape to inspire paintings and poetry. Beckford and Wyatt's design was probably the first example of the Gothic revival style on such a large scale in England. Although Beckford apparently was not a great fan of Horace Walpole--he reputedly scribbled disparaging remarks about the author of 'The Castle of Otranto' in the margins of his books--they did share a passion for the Gothic style. As a young man, Beckford came into a massive fortune that allowed him to indulge his passions on a lavish scale. His coming-of-age party was a notoriously orgiastic affair, and he was hounded out of the country after being accused of an inapporpriate relationship with the young William Courtney, later the 9th Earl of Devon. Beckford, however, took a serious interest in art and collecting. He collaborated closely on the design of the abbey and worked with artisans on creating china and glassware and decorations. In 1786 he published the orientalist Gothic novel Vathek, which follows the campaign of a power-obsessed caliph to satisfy his greedy and perverse appetites. Vathek is not afraid to dabble in the dark arts to obtain greater potency. He also sets his mind to building an incomparably high tower. 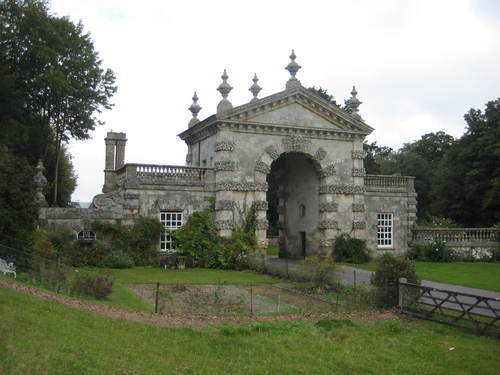 I'm looking forward to visiting Beckford's Tower in Bath, where Dr Amy Frost, who gave an inspiring talk on Beckford and Fonthill, is curator. 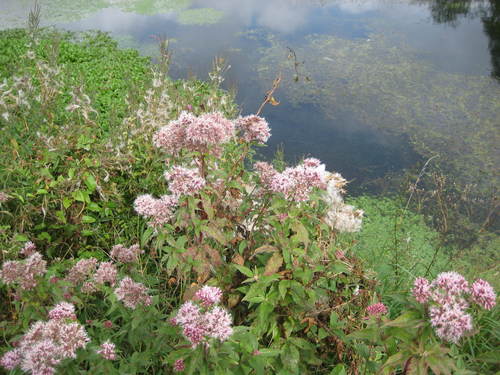