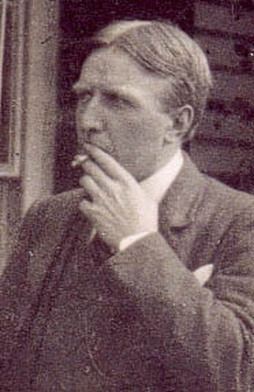 Ford Madox Ford's is one of those puzzling literary lives. Many count him as one of the finest writers of the twentieth century, certainly the finest writer on the First World War, a key figure in the advent of modernism. And yet there were the detractors. Hemingway treats him with contempt in A Moveable Feast, the famous reminiscence of his Paris years. But then Hemingway had contempt for his other mentors as well. Ford wrote passionately and voluminously; friends later remembered him as constantly at work on something, writing in his 'crabbed hand'. He was instrumental in founding the short-lived but highly acclaimed English Review, which published the early writing of D.H. Lawrence, Wyndham Lewis and Ezra Pound, as well as work by H.G. Wells, John Galsworthy, and Thomas Hardy. 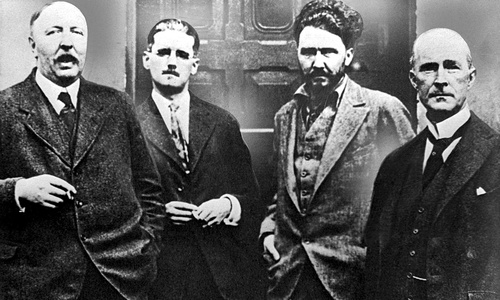 In Paris, where he knew Joyce, Hemingway, Gertrude Stein, he helped start the Transatlantic Review. He found middling and then greater success but was plagued during his entire life by worries over money. Like his great and lifelong friend and collaborator Joseph Conrad, his letters almost always have some mention of financial need or difficulty. Conrad was reliant on the generosity of their generous friend John Galsworthy, to whom he often wrote of his, his wife's or his sons' illnesses, either asking or giving thanks for a loan or gift. 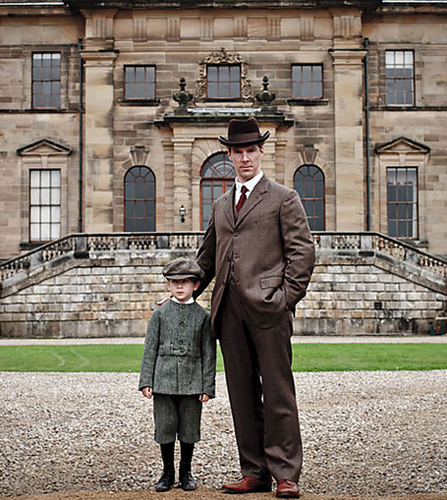 [Above, Benedict Cumberbatch as Christopher Tietjens in the television adaptation of Parade's End. Scenes were fillmed at Duncombe Park Helmsley, Yorkshire]

Another of Ford's great friends, and influences, was Arthur Pearson Marwood, heir to Busby Hall in Yorkshire. Ford came to know him when he lived in Winchelsea with his wife, Elsie, whom he'd married against her parents' wishes in 1894 when she was 17 and he was 20. Marwood had come to live on the south coast to help ease the symptoms of his tuberculosis, and he and Ford developed a deep intellectual friendship. Recalling Marwood’s ‘encyclopaedic’ mind, Ford wrote that there was ‘nothing under the sun that we did not discuss and no topic on which he could not … correct my assertions.’ Ford also said of Marwood that, ‘he lived the life of a Yorkshire squire that an inherent physical weakness compelled to inhabit the South and to eschew all privileges of his birth.’  It was that life of the 'Yorkshire squire' and that 'encyclopaedic mind' coupled with a tragic tendency that Ford tried to recreate in the character of Christopher Tietjens, the tortured hero of Parade's End. 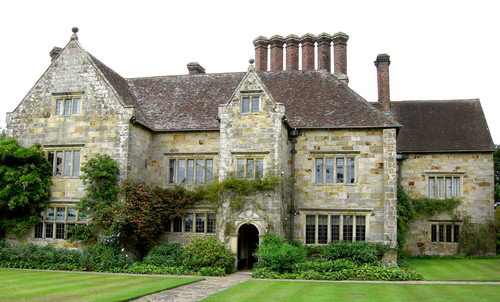 Ford also describes Tietjens being an 'eighteenth-century' gentleman, something he often said of Marwood. It is a mindset that advocates such enlightened, encyclopaedic learning and harks back to a time when the better-off took their duties of noblesse oblige seriously. It's an idealistic vision of a hierarchical but caring and cohesive society and it's unclear whether Ford believed England had ever been such a place or whether it was just one more fantasy that the war helped to destroy. But long before the war, at the far end of the nineteenth century Ford lived as part, perhaps at the centre, of a literary constellation on England's southeast coast. In addition to Ford and Marwood, H. G. Wells lived in Hythe and then at Spade House, the Arts and Crafts house designed for him by C. F. A. Voysey (see previous post). Henry James entertained descriminately at Lamb House in Rye. Stephen Crane, the American naturalist author of The Red Badge of Courage was living a couple of hours north at Oxted but was then coerced, during his own financial crises, by his friends to come to Sussex, where he lived at Brede Place. Kipling was not far away at Batemans.

But things changed. Marwood and Ford fell out ostensibly over the funding of the Review but more likely because of difficultities between Ford and Elsie. Around 1908 Ford left Elsie to live with the journalist and literary hostess Violet Hunt. Elsie refused divorce and over the years went to court more than once protesting any of Violet's attempts to be seen as Ford's lawful wife. Elsie drew Marwood into the quarrel and Ford sided with her, probably out of guilt, ending his friendship with the Yorkshire Squire. Henry James also reacted against Ford's taking up with another woman and refused to have Violet (with whom he had previously been on friendly terms) or Ford to his home furthermore. Ford by this time had moved into South Lodge, Campden Hill as Violet's 'lodger', where he was close to his friend John Galsworthy, whose secret lover, Ada, also lived nearby (see previous post). Joseph Conrad also re-located to the area with his wife and children.

Then the war came. Ford enlisted, was blown up and wounded, and suffered shell shock in addition to repeated bouts of depression. He left Elsie for the Australian writer Stella Bowen. The writer who lamented the loss of fidelity in The Good Soldier and the loss of a cultural continuum in Parade's End, ended his career living in the 'new' land of America with his fourth partner, the painter Janice Biala. There he again gathered a circle of literary luminaries and now basked in the admiration of his students at Olivet College in Michigan. He died, Biala said, 'a lonely and terrible death' while on a trip to Normandy, the life of the enlightened, eighteenth-century idealist still as elusive as ever.