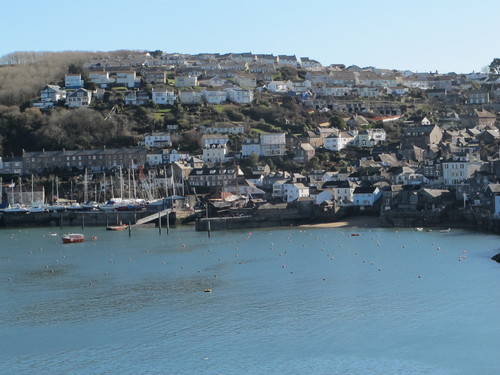 Cornwall in February is not a bad bet. We had glorious weather for 3 of 5 days and I managed two long walks over the cliffs where Daphne duMaurier tramped around on her own or with her dog in all kinds of bluster and sun. Based near the town of Fowey, I made the most of taking in the rocky coastal formations that hold so many hidden coves within their grasp, like Polridmouth and Readymoney. No wonder the place was such a pirating haven in the past and no wonder Daphne duMaurier was inspired by its history and its secreted places to write Jamaica Inn. I'm not the first author to go looking for Manderley and not the first to be denied entry to the grey-stoned house so expertly tucked behind cover of trees by the first owners all those centuries ago. But the area around Polruan, Bodinnick, across to Fowey, Coombe, Gribbin Head is rich with the atmosphere of DuMaurier's novels. 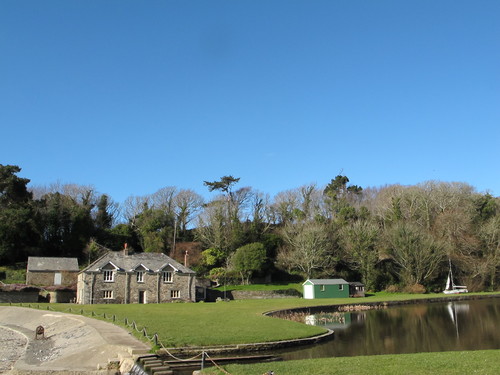 One nice little surprise was seeing the lake-side cottage (above) at the inlet of Polridmouth, the model for the boathouse where Rebecca meets her lover. Menabilly house still sits within a wooded haven that DuMaurier adored--she obtained permission from the Rashleigh family to walk in the woods even before she was able to rent the house, and was probably inspired to write her story 'The Birds' (made famous by Hitchcock's film) by the bird life here. The land around Menabilly spreads out from wooded haven, to wide open fields riding high on the headland of Devonian rock (laid down 300-400 million years ago) and giving spectacular views to the open sea as well as access to those many coves and little sandy beaches. The remains of two fortified block-houses at the entrance to the harbour are reminders of the embattled past of the little harbour. In the 15th century a chain could be pulled up between the towers, barring the way into the harbour, or the way out. 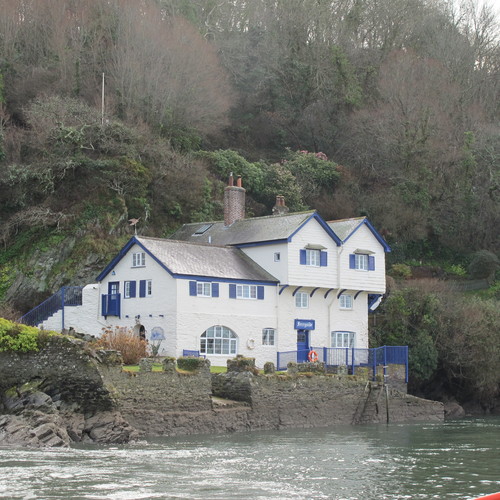 The Hall Walk is a great track leading from Polruan up along the hillside, following the Fowey River to the little crossing place at Pont and then continuing back out facing the water and then dropping down at Bodinnick, where the DuMaurier family lived for a time at Ferryside (above). The walk takes you past a memorial for Sir Arthur Quiller-Couch (known as 'Q'), Cornish author and friend of the DuMaurier family. The house at Ferryside was first used by DuMaurier's parents and family, though she began going on her own and used it as her first writing retreat. As with the lakeside cottage and Menabilly, the house is still privately owned and lived in. 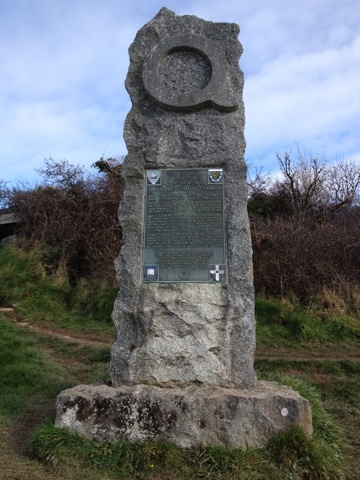 I well remember a holiday at Fowey with my family during which I read Rebecca and vowed to become a writer. I bought a note book and recorded my feeling towards a boy we had met on the beach. He was about 2 years older with me. I was 13 at the time. My mother found the notebook, told me she was disgusted at what she had read - I swear it was totally innocent - and threw the notebook in the bin. My writing career was put on hold for 3 decades!
Jane Hayward Reader and Writer who blogs at evenmorewords.wordpress.com

Oh, no, Jane! Just saw this. What a discouraging way to begin. But you are living proof that writing is a lot about perseverance. Well done for picking it up again!