The Good Immigrant LIVE at the Roundhouse and Latitude Festival

Two pre-release gigs coming up that might be of interest.

1) On 1st August 2016, we're doing an exclusive night of readings and chat about immigrant at the Roundhouse. We're giving away our proceeds from the gig to HOPE not hate, an anti-racism charity.

In the wake of the referendum and the immigration debate, this event, featuring writers Inua Ellams, Varaidzo, Miss L (Casting Call Woe), Daniel York Loh (and more to be announced) will be a relevant and timely look at what it means to be black, Asian or minority ethnic in the UK today. There will be music from gal-dem’s DJ Tone. Buy tickets here

2) If you're at Latitude Festival, we will be reading and talking from and about the book in the Literature Tent on Sunday night 9.30pm. Sathnam Sanghera will be chairing chat with Chimene Suleyman, Wei Ming Kam and Sabrina Mahfouz.

Also, thanks to all of you. We're nearly 200% and that schools/libraries tour looks like it will happen. 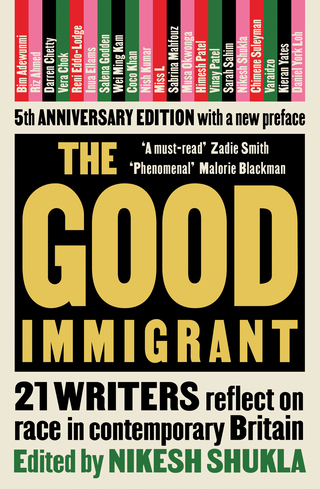