What FIFA should remember 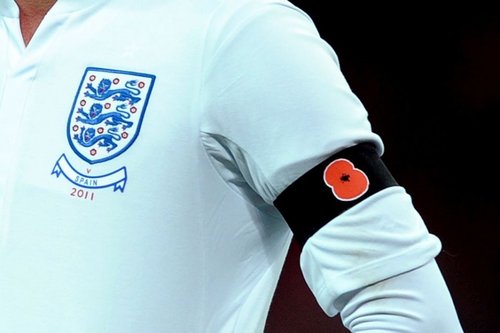 In case you haven't heard, Football's world governing body has banned the England and Scotland football teams from wearing poppy armbands when they meet at Wembley in a World Cup qualifier next Friday... the 11th of November.

Their objection is that the poppy could be seen as a political symbol. Such things are banned, along with any 'commercial or religious' endorsement on official clothing.

It's not the first time that the poppy has come in for a hammering. Indeed, Christian Army chaplains once insisted it was dug up from British and Commonwealth war cemeteries as a 'heathen weed'. In the 1930s the Peace Pledge Union began distributing an alternative white poppy in protest at the tradition image's association with 'military power' and the 'justification of war'.

All of which misses the point. The poppy is our symbol of remembrance for two very simple reasons, which really conflate to one.

There's little else to say, really. It neither glorifies war, celebrates military might or takes a political stance. It's a flower - a blood red flower - growing in abundance on the soil on which so many shed their own blood in a futile conflict.

They should remember that.