The Future of British Politics 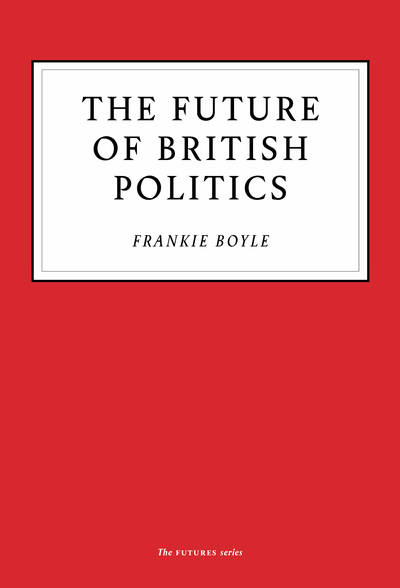 Politics
You made The Future of British Politics a reality. It's available in all good book stores now.
$6
5 pledges

A paperback edition of the book signed by Frankie Boyle. Only available through Unbound.
Buy now

Where and who do we want to be? How might we get there? What might happen if we stay on our current course?

In The Future of British Politics, comedian Frankie Boyle takes a characteristically acerbic look at some of the forces that will be key in coming years, from Scottish independence and post-colonial entitlement to big tech surveillance and the looming climate catastrophe. Despite his fears that 'soon the only red tape in this country will be across the finish line of the compulsory Food Bank Olympics', he manages to locate some hopeful signs amid the gloom, reminding us that 'despair is a moment that pretends to be permanent'.

This brief but mighty book is one of five that comprise the first set of FUTURES essays. Each standalone book presents the author's original vision of a singular aspect of the future which inspires in them hope or reticence, optimism or fear. Read individually, these essays will inform, entertain and challenge. Together, they form a picture of what might lie ahead, and ask the reader to imagine how we might make the transition from here to there, from now to then.

A paperback edition of the book signed by Frankie Boyle. Only available through Unbound.
Buy now
$6
5 pledges