When I was a kid, Saturday morning cinema shows were a highlight of my life. There would be a feature film of some kind, cartoons, and a black & white serial, my favourite part of the programme. Some of the serials I saw included Zorro, The Phantom, a never ending series of incredibly crummy Flash Gordon films, and the very wonderful Batman serials, two of them, still the best ever portrayal of the best ever comic book character, both of which I now own on DVD. The one serial that I never got to see was Captain Marvel, starring Tom Tyler. I had seen a trailer and I thought it looked great. I waited and waited for the film to come to one of Birmingham’s many cinemas, but it never did.

Years later, I was walking through Soho with my eldest son, and, passing that now sadly extinct shop in Brewer Street that sold cinematic memorabilia, decided to pop in and have a look around. In the basement of the shop was a table full of videocassettes, hundreds of them, all of old movies, mostly dating from the 40s. Clearly, someone had died and the shop had volunteered to sell off that person’s video collection. Sifting through the pile, I was thrilled to discover a cassette labelled “Captain Marvel. Episodes 7 -12.” Life could not be so cruel, I thought, to deny me the existence of “Captain Marvel. Episodes 1 – 6.” More rummaging meant that I was right. I took both videocassettes to the cash desk, paid for them, and left the shop almost delirious with excitement. Whatever reason I had for being with my son in Soho was now forgotten (it may have been taking him to a hospital, or something equally trivial). “We are going home right now,” I informed him. “I have been waiting to watch this since I was 8 years old.”

Back home, I summoned his younger brother into the living room. “Sit down,” I told him. “We are going to watch Captain Marvel together. I have been waiting to watch this since I was 8 years old.”

I inserted the first cassette into the video player, and sat back with a beating heart. The film began. I was pleased to see that the quality of the picture was as good as it could possibly be – clearly, the video had been recorded by a professional. Unfortunately, the film was shit. This was made clear by my son’s unabashed hysteria. At one point, Billy Batson, Captain Marvel’s alter ego, utters the magic word “Shazam!”, transforming him into the titular hero. Lighting flashes, smoke fills the screen, and Captain Marvel appears in all his tight-wearing glory, before suddenly leaping into the air and flying out of a window. “Oh my God,” said one of my sons, putting unwanted words into Captain Marvel’s mouth, “My balls are showing.”

I stuck it out for as long as I could (as did Captain Marvel), before wearily giving in. This happened when Captain Marvel, appearing in a room full of thugs and gangsters, stood proud and defiant as they emptied their revolvers into him, their useless bullets bouncing off his impregnable chest. Then, just as he takes a step towards them, another thug hits him on the back of the head with a wooden chair, and down he goes, smiling and unconscious.

Following which I gave up on Captain Marvel. As did my kids. But we still love Batman. 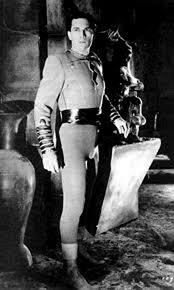