I'm pleased to say that an editor has been appointed to work on my book who, apparently, is a "very experienced, non-fiction specialist, particularly good on narrative and voice, who is assessing it from a development and structural perspective, and will respond with an annotated manuscript and a set of general notes, observations and suggestions". Which is excellent news, especially given my belief that nothing improves writing like a re-write. I'm looking forward to receiving - and working on - the edit by the end of April. Which means (I hope) that the finished manuscript will be ready to go by May.

In the meatime, my good friend Ronnie Golden, known to some of us as Tony De Meur, turned 69 recently. Here's a piece I wrote to celebrate that - and him. 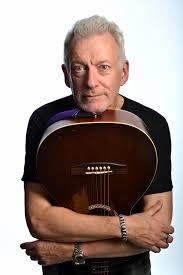 Tony De Meur, aka Ronnie Golden, has been a friend of mine for more than a quarter of a century and it feels like it. I was first made aware of him when I tuned into the John Peel show, back in the 70’s, and heard his band (The Fabulous Poodles) performing “Rum Ba Ba Boogie”, a song about cake. This I had to have. We met about ten years later, appropriately, at a rock venue hosting a comedy night. In the years that followed we’ve collaborated on many projects and only one us has ever regretted it.

When Arthur Smith decided to sing the songs of Leonard Cohen he chose Ronnie Golden to accompany him. When Barry Cryer decided to combine comedy with rock ‘n’ roll, Ronnie Golden accompanied him. When I decided to put together a children’s show for Edinburgh, featuring poems, dance, comedy and music, I knew there was only one man I could turn to – a man who was consistently excellent at both comedy and music; who would take whatever ideas I threw at him, do them brilliantly and then improve them; who would perform to the very best of his ability and also be terrific company in the pub. But he couldn’t do it so I went with Ronnie Golden.

“I want to use proper songs in the show,” I told him. “Kids aren’t idiots. We don’t want them having to endure all that piffle about buses and wheels going round and round.” Ronnie thought for a while, then turned to his extensive record collection (it takes up most of Tottenham) and introduced me to the songs of Guy Clark.

Guy Clark’s work, according to the New York Times, "was as indelible as that of anyone working in the Americana idiom in the last decades of the 20th century". I loved every Guy Clark song that Ronnie played that day, but one song in particular stood out. It’s called “The Cape”.

Ronnie performed the song in Edinburgh. The children loved it. A year or two later, Guy Clark was performing in an Arts Centre somewhere outside London. Ronnie and I went to see the show, Ronnie, because that’s what he does. Me, because I hoped to share with Guy Clark the effect his song had on our audience.

A Winnebago was parked outside the Arts Centre. My instinct was that this was the artist’s dressing room; an instinct confirmed by the clouds of marijuana smoke that emerged from its windows, followed soon after by Guy Clark himself. Presumably in need of some air. I approached him, introduced myself, then told him about the Edinburgh show and how the children were totally transfixed by his song.

“As soon as I get back to Texas,” Guy Clark said, “I’m going to tell my wife that story.”

I knew that Guy Clark was married to Susanna Clark, also a songwriter. But I didn’t know why the story would be of interest to her.

“That song was her idea,” Guy Clark explained.

Guy Clark and his wife are, alas, no longer with us, which makes the world a somewhat sadder place. Happily, Tony De Meur, aka Ronnie Golden, is. And has been for sixty-nine years – to this day, April 2nd 2017.

So – Happy Birthday Ronnie Golden or Tony De Meur or whoever the hell you are.

“Spread your arms and hold your breath and always trust your cape.”