Not much news as of yet - the editorial process has begun and I'm looking forward to incisive criticism (from the editor) and childish petulance (from the author). Meanwhile, here's another story (not in the book).

THE ONE-EYED ARTIST & THE HARLEM BAR 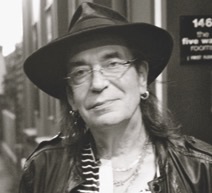 Gary Turner was an artist, a musician, a boozer and a friend. Splashing paint on canvas was, I think, the thing that gave Gary the most pleasure. But boozing came a close second.

At some point in his life Gary lost the sight in one eye, which is bad news for anyone let alone someone who enjoys splashing paint on canvas. But, as Oscar Wide once remarked, “What seem to us bitter trials are often blessings in disguise.” Or as they say in Birmingham, “You never know.”

Gary was on holiday in New York. Leaving his hotel, he sauntered across the street in his vague and dreamy way, and entered the first bar he came to. There was no sign in the bar saying something along the lines of, “Only Heavy Black Folk Welcome Here. Whites Keep Out.” The management’s thinking was that there was no need for that: the ambience of the bar would make that clear. Unfortunately for the management, ambience wouldn’t have made itself clear to Gary if it was driving a bus and had just run over his foot.

Gary sat on a stool and ordered a drink. The astonished barperson served Gary then sat back to see what would happen next. He didn’t have to wait long to find out. The Heaviest Man in Harlem came in and, enraged at seeing a white person not only sitting at the bar, but also sitting on his favourite stool, walked up to Gary, took out a knife, and held it against Gary’s face.

Unfortunately, he had chosen Gary’s blind side. Gary continued sipping at his drink while staring into space and thinking his vague thoughts. This went on for several minutes while the rest of the bar made it clear how much they were enjoying the show. The show ended when The Heaviest Man in Harlem slammed his knife down on the bar and slammed Gary hard on his back (“Which very nearly,” Gary said, “Gave me a heart attack”). He then declared that Gary was “Mr Chill” and could drink in that bar any time he liked. In fact, why not have another drink now, only this one’s on me?  Gary did this. He also returned to the bar several times and, by some careful questioning, was able to work out what had actually happened to him.

“I used to think being partially sighted was the worst thing that could happen to me,” Gary said to me, later on in life. “But thank God it did. Otherwise that guy might have had my eye out.”

RIP Gary. I miss you, mate

Dear John, That is a wonderful story. I guessed before reading it that your friend was dead because like you I am at an age when friends start dying at a troubling rate.

I'm very happy that your book got the dosh and will be flapping twenties as soon as it appears.

All the best, Brian

Thanks Brian. Hope to see you in the not too distant future x