Me and a Beautiful Bonzo 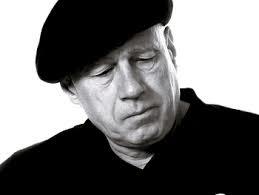 A guitarist friend of mine once told me a story that made me ache with jealousy. He was in his late teens and on the hippy trail, hitching his way around the usual Far Eastern localities. “What did you do about places to stay?” I asked. “Oh,” said my friend, “I’d walk into the village square, someone would be playing, I’d take out my guitar and join in, and then I’d have a bed for the night and something to eat.”

That friend – Andy Roberts by name – introduced me to a hero of mine who also became a friend: Neil Innes.

It was sometime around 1967 when I turned on the black & white BBC to watch The Simon Dee Show, which featured not only chat but also musical appearances from acts of the day. This was during the period when bands gave themselves names such as The Strawberry Alarm Clock, Dantalian’s Chariot, Elmer Gantry’s Velvet Opera and so on. So when Simon Dee introduced The Bonzo Dog Doo Dah Band, I was expecting more psychedelic purveyors of dribbling inanities; instead a bunch of comic lunatics appeared and proceeded to demolish “The Sound of Music”. In a few short moments I was helpless with laughter.

The Bonzos, in particular founder members Vivian Stanshall and Neil Innes, were swiftly added to my list of heroes. In 1972, following the Bonzos demise, I watched Viv and Neil perform a show at the diminutive Pool Theatre at that year’s Edinburgh Festival. I went as many times as I could, loving Stanshall’s wit and delightfully seedy stage presence as well as Neil’s mournful, elegiac music. Eventually, Neil and Viv went their separate ways; Stanshall to write increasingly eccentric stories centred around the freakish folk of his imaginary Rawlinson End; Neil to become the musical member of Monty Python, as well as creating the Rutles, a parody of the Beatles that was as good, and occasionally better, than the real thing.

I had remained a fan of both men through the years, so when Andy asked me if I would be interested in directing a show he and Neil were performing together I told him, in all seriousness, that I would do it for free.

Neil knew next to nothing, if indeed anything at all, about me, but Andy had seen a couple of shows that I had directed and thought I was up for the job. He and Neil had already given performances of "More Jam Tomorrow", a show which Neil had written, but both knew it needed work before they took it to Edinburgh, as they were committed to do.

Andy arranged a meeting in his London flat. He and Neil read through the script, and I made some suggestions, which Neil must have liked, because he declared himself happy to go ahead. At which point Andy suggested we talk about money. Neil raised a timid hand. “I have five hundred pounds,” he declared, “and that’s it.”

My fees at that time were approximately £1000 for two weeks rehearsal and a week or so of watching it play to an audience. I knew that Neil and Andy had performed the play already, which cut down the rehearsal time. All it needed was some cutting, some re-arranging of the running order and a handful of lighting cues. Plus I’d need to see it play in Edinburgh. I was cogitating on this while Neil looked at me thinking, I would imagine, “What is there to cogitate about? I’ve told you what I can afford. Please don’t negotiate any further. It’ll only ruin the evening and we need to get started on the wine.”

Cogitation completed, I told them of my thinking and said, “So, how about I charge £450 and pay my own expenses?”

“Done,” said Neil, concluding possibly the only negotiation in the entire history of showbiz that ended in a musician’s favour.

I joined Neil in his Suffolk home to work on the script, prior to Andy arriving to rehearse it. The show had allusions to Alice in Wonderland, but in the main was a collection of Neil’s songs and monologues concerning the economic realities of the modern world, and that while there would always be “more jam tomorrow,” there would never be jam today. Only it was funny. One speech – the “Big Speech” – seemed to be the keystone of the whole piece. I started moving items around,  “This bit should follow that bit, this bit should go over there…”

“But what about the Big Speech?” Neil would say.

“I’m coming to that,” I’d say, ploughing manfully on through the crippling hangover we had inflicted on ourselves. Finally, all the pieces came together.

“And NOW we have the Big Speech,” I announced. “Only the White Rabbit comes on and says it.”

At which point I thought, “What the hell do I think I am doing? Who the hell am I to tell Neil Innes – my hero – what he should or should not be doing in his very own show?”

Fearful, I looked up. Neil stuck out his hand and said, “Put it there.”

Later, when it came time to be paid, I approached Neil and asked him if there was any chance of a cheque. Neil took out his pen and wrote me a cheque for £500. “No, Neil,” I said. “The deal was £450 and I pay my own expenses.”