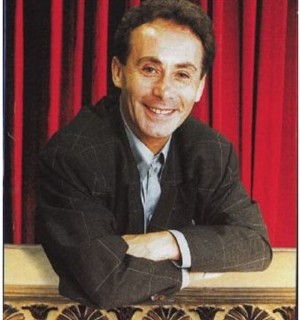 Jack Tinker was the most rare of all rare creatures – a theatre critic who was loved by the people he criticised; so much so that, following his death in October 1996, the lights of West End theatres were dimmed in his honour. Two memorial concerts were performed on his behalf: one at the London Palladium, the other in his hometown of Brighton.

One of the Brighton performers was Victor Spinetti, famed alumnus of the Beatles movies, whom I had met, befriended and cajoled into directing my children’s play, Dogman, in which I played the title role.

Dogman, the work which has given me the most pleasure and of which I am the most proud, was performed at the 1994 Edinburgh festival. Victor came with us, and, happening to bump into Jack Tinker, told him what he was up to. “I’ll come and see it,” said Jack. He did. He also reviewed it, not only treating a children’s show as the equal of the five other shows he reviewed that day (including a one-man play starring Sir Tom Courtenay), but writing this: “The very best I’ll save until last … that most critical of all audiences, the under-10’s, were utterly enthralled by Dogman, the adventurous children’s play at the Pleasance … directed with verve and spirit by Victor Spinetti, it manages that rare thing: to confront children with tricky issues like death, changing relationships and loyalty, and yet keep them absolutely captivated.”

Over the years, I have received many reviews that have made me sob. Jack Tinker’s was one of the few that made me sob with pleasure. I wanted to repay him in some way. The best I could hope for was to bump into him in some Edinburgh bar and thank him personally. That didn’t happen. But something better did.

About a year later, I was taking a train home from London to Brighton (you could do that in those days). Jack Tinker was on the same train, sitting at a table, chatting to someone. I walked up and introduced myself. “Hallo,” I said. “I’m Dogman.”

Jack Tinker looked at me blankly. As did the man he was chatting to. “I’m Dogman,” I repeated. Comprehension dawned on Jack Tinker’s face; irritation on the face of the man he was with. “Come and join us,” said Jack, and I did, sitting next to his irritated friend, who didn’t have the words “rough trade” tattooed on his forehead, but might as well have. He glowered at me through the rest of the journey until getting off at Haywards Heath. The train moved on. “I don’t know what to do,” said Jack Tinker. “I don’t want to have sex with him. He’s married. And he has children. I just thought it’d be nice to take him to lunch. But what if he says ‘no’?”

“If you do nothing,” I said, “Then nothing will happen. But if you ask him to lunch, two things might happen. He might say ‘no’, and you won’t be any worse off. Or he might say ‘yes’.”

A little while later, Jack excused himself, presumably to go to the loo. The train pulled into Brighton and I waited for him to return, wanting to say goodbye. He didn’t. I thought that strange, but got off the train and was making my way towards the barriers when I heard a voice from behind me. “Hallo!”

I turned. Jack Tinker was leaning from the train’s open window. “Goodbye,” he said. And then, “Thank you, Dogman.”

Further stories about Dogman (and Victor Spinetti) feature in The Freewheeling John Dowie. This story doesn’t. The book is now fully funded (and currently in the hands of the editorial department) but pledges are still very welcome.

Dear John, A great anecdote! I'm very pleased that your book got fully funded. I'd give more money but I'm boracic (as my old Dad used to say), what with my being a pensioner and my small contributions to charities, mostly but not all, concerned with animal welfare. Sustrans gets some too.