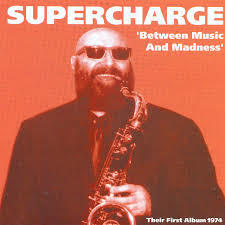 There’s a band called Supercharge who used to perform a delightful song entitled, “She Moved The Dishes First”, based on the joke: “My bird’s really posh.” “What makes you think so?” “When she has a piss in the sink, she moves the dishes first.”

The leader of that band, Albie Donnelly, is easily one of the finest men I have ever met. I was introduced to him in the early 80s in Eric’s, a club in Liverpool run by the late lamented Roger Eagle. I was supporting Alberto Y Lost Trios Paranoias, and I’m assuming now that it was one of the band (probably founder member CP Lee) who introduced me to Albie about an hour or so before the gig. “Would you like a drink, John?” said Albie as we stood at the bar. “I would, Albie,” I said, “but I have no cash until I get paid.” “Don’t worry about that,” said Albie, and then he got a round in. That round was soon over. “Do you fancy another drink, John?” said Albie. “I do, Albie” I said, “but as I said earlier, I have no cash.” “And as I said earlier,” said Albie, “don’t worry about that.” He then produced a five-pound note from the top pocket of his jacket, handed it to me, and said, “Here. Have a fiver from the bottomless pit." I got another round in. This routine continued for about two hours (“Have another fiver from the bottomless pit”) before I took to the stage, then continued for another two hours afterwards. When the gig was finally over, Roger Eagle paid me (in cash) and I went looking for Albie. He’d gone.

At some point in the future, I would very much like to meet Mr Albie Donnelly again. I would also like to buy him as many drinks as he bought me, and, more importantly, to thank him for the kindness and generosity he showed to a complete stranger on that unforgettable night. Until then, this is the best I can do: Albie. Every time I have a piss in the sink I will think of you. And I will always move the dishes first.