The Fox of Richmond Park

If the Animals of Farthing Wood had lived in London and hated each other a little bit more, their story may have been a lot like this one.

Five Classic Animal Novels For When You're Sick Of Humans

If you're bored of reading about humans, or just sick of our species in general, then why not try a nice story about animals? No, I'm not talking about Spot the Dog or Miffy the Bunny (although Miffy will always hold a place in my heart) - There are actually more novels about animals than you might have thought, and they aren't exclusively for children. In fact, some of them are pretty gruesome and address some big issues.

Here are five of my favourites, plus my own, because it's my blog post and I can, so there.

*Obligatory mild spoiler warning for those newly emerged from their caves* 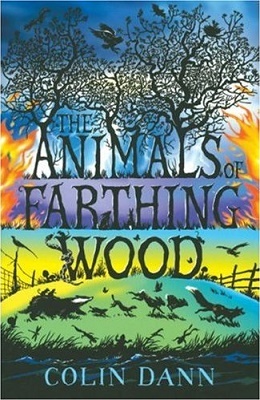 The Animals of Farthing Wood is considered a children's book, but still hugely enjoyable for adults. You might remember the story from the animated TV show of the same name, and the book is defnitely worth a read if you were a fan of that.

It tells the story of a group of animals who are forced to leave their home in Farthing Wood because of humans draining the lake and clearing the trees to build on the land. They choose Fox as their leader, with Toad showing them the way to White Deer Park. Along the way, they meet a few other animals - some friendly, some not so much.

This book has a very strong message about humans and the damage they cause to the natural world, highlighted by the destruction of the wood at the very beginning, as well as many of the obstacles the animals face along the way, including roads, fires, a fox hunt and a nasty farmer.

Badger, Mole, Kestrel, Owl, Adder and the other animals all have their own unique talents to help them along, but the group is also fraught with jeaously and conflicting opinions, which makes it a lot more interesting than the average children's book.

The Animals of Farthing Wood gets quite dark in places, and those who watched the TV show will no doubt remember some of the grisly deaths, but it's still a great book for children and grown-up lovers of wildlife. 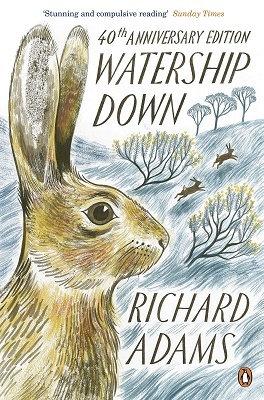 Much more geared towards adults, but also made into an animated film, Watership Down is the story of a group of rabbits who leave their warren in search of a new one. Unlike The Animals of Farthing Wood, the danger is not known until much later on, and they only leave because one of the rabbits, Fiver, has a disturbing vision.

It's a long book, with several chapters containing short folklore stories as told by the rabbits themselves. These act as a kind of metorphorical reflection of the main plot, and help build a beautifully believable world where rabbits worship their own rabbit-god and talk in their own Lapine language.

If you've seen the film, you will know how brutal this story is. Humans and other rabbits are presented as almost equal enemies, with the first warren they encounter being the former, the second the latter. From the middle of the book onwards, General Woundwort is the primary rabbit foe, running a warren like a North Korean gulag.

Watership Down is full of suspense, and impatient readers may find themselves skimming through the folklore parts to carry on with the main story. The rabbits aren't all best buddies either - there are bitter rivalrys which threaten to break the group apart, making this a must-read for any animal lover. 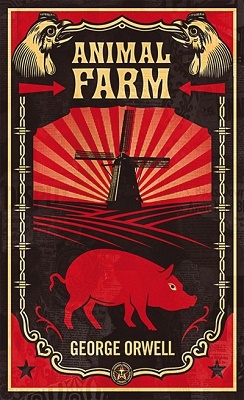 A true classic that I'm sure many of you have read at some point. Unlike the previous two books I've discussed, Animal Farm is very short and lacks description and dialogue. It races through the plot, not really explaining how a pig can climb a ladder, draw up a blueprint for a windmill or have detailed money-oriented discussions with a human accountant.

Of course, none of that is important because the book is really more of a fable than a novel, based on the events leading up to the Russian Revolution of 1917 and then on the Stalinist era of the Soviet Union (Wikipedia). In the story, Orwell describes how the animals of Manor Farm start an uprising and take the farm from the drunken farmer, Mr. Jones. After renaming it 'Animal Farm', they begin to run the farm themselves, learn to read and write, and adopt a set of commandments, including "all animals are equal."

The pigs declare themselves leaders, with one pig - Napoleon - in charge, and slowly the farm descends into a work-house, far worse than it ever was under Mr. Jones. Similar to Orwell's 1984 novel, Napoleon starts to re-write history, telling all the animals how much better life is, turning against his former accomplice Snowball, and one-by-one altering the set of commandments to benefit himself, whilst making life worse for the others.

There is no happy ending here, instead we get a depressing look at the inner workings of a dictatorship, from the point of view of the general population. The fact that the characters are animals is almost a side-point, but some species help to reinforce the moral - the sheep, for example, mindlessly bleat Napoleon's mottos like brainwashed citizens and Boxer the horse puts all his energy and stength into working hard, because it is all he knows - much like a factory worker or soldier during a war. 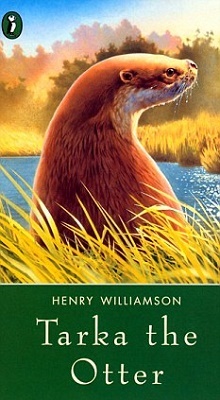 Tarka the Otter is, obviously, about an otter named Tarka. It was not originally intended for a young audience, but it is popular with children. It is written in two parts: 'The First Year' and the 'The Last Year', beginning shortly before the birth of Tarka, then detailing him learning to hunt and swim. It then follows him as he finds a mate, raises a litter of cubs and comes face to face with the otter hunt, and the Deadlock the hound. The story is set in Devon, and real places such as Torrington, the River Torridge and Braunton Burrows are mentioned throughout.

Despite avoiding anthropomorphising the creatures in his book, detailing only their most instinctual thoughts, and describes the hunt as particularly violent and cruel, the story is not overly sentimental.

When Tarka the Otter was published, otters were considered vermin, but the book and it's film adaptation is thought to have inspired a change in public opinion of these animals. Because of the real locations used within the story, the book has been used to promote North Devon, and there is now a Tarka Line railway line and Tarka Trail footpath names after the book.

Although somewhat tarnished by Williamson's reputation (he joined the British Union of Fascists), the book has influenced many writers, including Ted Hughes, and remains a classic animal story to this day. 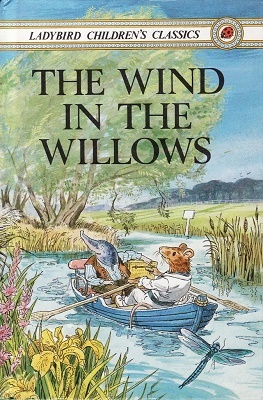 Back to something a bit more cheerful now - The Wind in the Willows is mainly aimed at children, but still has huge appeal for all ages.

The book begins with Mole meeting Ratty on the riverbank, then introduces the main character - Mr. Toad. Toad is friendly, but conceited and reckless, and he goes through hobbies like pairs of socks. Having just become bored of boating, he takes up caravanning, but his vehicle ends up upside-down in a ditch with Ratty and Mole when a motor car scares his horse.

After seeing the car, Toad becomes obsessed, and subsequently buys and crashes several of them, resulting in many fines, hospital trips and, eventually, a spell in jail. In the meantime, Mole and Ratty find Badger in the Wild Wood, and together they try to figure out a way to help their friend. In Toad's absense, weasels and stoats take over Toad Hall and a battle ensues, and Toad learns some much-overdue lessons about friendships and humbleness.

The animals in this story are anthopomorphised - they live in houses, drive cars and disguise themselves as washer-women to escape prison (Oh sorry - *spoiler alert*. Heh.) making it a bit more childish than the others in this list but I'm giving it a pass because, as well as being such a classic, it's just ridiculously fun! Poop-poop!

The Fox of Richmond Park is the story of a Londoner who just happens to have fur and four legs. When the deer ruling Richmond Park decide they want a change of scenery and kick him and his friends out of their homes, Vince the fox has had enough.

He's never left the safety of the park, but he's got nothing to lose anymore. Not since his ex-girlfriend left him for another member of the pack. His grandparents came from the other side of London -- could he find their old home and create a better life? Will the capital's modern, mechanical, multi-cultural challenges help or hinder his adventure?

Following with a dream of finally experiencing the big city is Rita, an adventure-seeking magpie with an ill-advised love of singing. Vince agrees to let her tag along, as a pair of eyes in the air will no doubt come in handy.

Together the pair traverse London, helped by the urban creatures they encounter along the way: Westminster's bumbling peregrine falcon, the timid family of hedgehogs in Regent's Park, Soho's hipster rats, and the occasional human.

Back in Richmond Park, Edward the alpha-stag is paranoid: if Vince's departure encourages a multi-species mutiny and the rest of the animals up-sticks, the deer's power over the park will be lost.

My book is inspired by these others animal stories - a dangerous journey, immoral dictators and friendship - as well as by the current event surrounding London and England right now - the housing crisis, austerity and racism.

If this sounds like something you'd enjoy, read an extract and pre-order your copy here. Thanks!