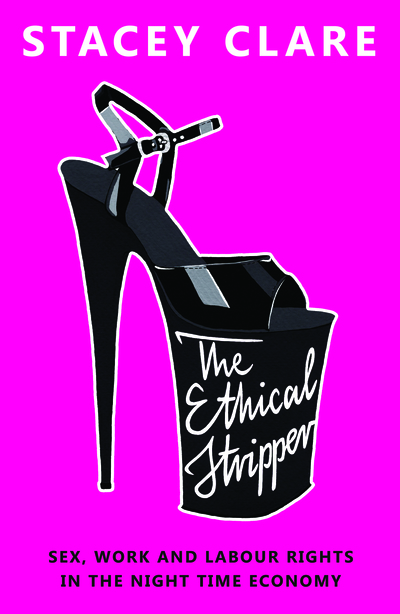 Forget everything you’ve heard about strippers: this book is an antidote to stigma, shame and stereotyping

‘As educational as it is enlightening … Read this’ SARA PASCOE

‘Passionately argued, meticulously researched and angry as hell ... leads the reader beyond the strip club and on to the battlefield where sex workers fight for their rights’ KATE LISTER

'An unflinching takedown of inadequate working conditions … A must read’ JUNO MAC, co-author of Revolting Prostitutes

Forget everything you think you know about strippers

In this powerful book, Stacey Clare, a stripper with over a decade of experience, takes a detailed look at the sex industry – the reality of the work as well as the history of licensing and regulation, feminist themes surrounding sex work, and stigma. Bringing her personal knowledge of the industry to bear, she offers an unapologetic critique and searing indictment of exploitation, and raises the rights of sex workers to the top of the agenda.

The Ethical Stripper rejects notions of victimhood, challenges stigma and shame, and unpacks decades of confusion and contradictions. It’s about the sex-work community’s fight for safety and self-determination, and it challenges you to think twice about every newspaper article, documentary and film you have seen about stripping and sex work.