A brilliant but damaged man – this is the story of his genius, his healing and a forgotten mystery

This is ironic, given that I have spent my career writing about technology, and that technology is what’s making all this possible. From word processors like Apple’s MacWrite and Microsoft Word, through to layout tools and the container for print ready pages that is PDF, I’ve been mostly on top of it. Looking back over the years I am pleased to see so many of the amazing innovations we’ve covered, now in the hands of so many creative people. These media production technologies are cheap, readily available and make it possible for anyone to produce a book, newsletter or whatever.

It’s been the same story in the music industry as technology made production processes cheaper and accessible to more people. This is all quite wonderful because it lowers the bar to entry, so that more ideas can be shared in many different creative ways. Technology is central to #The Draftsman, and how clever inventions make a difference to inventors, users and the planet.

Technology is central to everything, so it’s fair to say that the publishing industry’s raw material, imagination and passion, is completely entangled with technology. Today writers must develop an online following in order to be noticed. The online following comforts publishers who might be reluctant to take risks with new ideas and points of view. A following suggests a swathe of keen buyers and so informs budgets, project planning and print run lengths. Technology creates opportunity for so many expressive formats and allows publishers to identify and target potential readers for a given work. But there is way too much noise in the online world and much of it is self-serving and rather ugly.

In #The Draftsman, set in 2006, two years after FaceBook launched, there is no social media apart from a passing reference to emails and the speed of internet connections. And there is a bit of foresight too, when Martin Cox ponders the rate at which many forms of printed content will migrate online, to decimate the printing industry and create opportunities for new business models. Even in 2006 when FaceBook was only two years old, it was clear that internet technologies were reaching not just into industrial applications, but also becoming central to daily living. By 2012 when FaceBook went public the platform had 845 million users and social media was a habit.

And yet I didn’t want Martin Cox to be an online junkie. He’s obsessive and dark, and what he would do with an online existence would be as obsessive, as dark. I didn’t want to write about how dark, given his personality and history, and his various confusions. But perhaps I should have done because that would have required more research into the whole social media eco-system and the paths through it. It might have made me a more adept manipulator of the channels and algorithms and it might have made me more popular, in a bitsy sort of way. (That’s binary digitsy, not little particles.) And the darkness in #The Draftsman might have found an audience. Then I would have lots of followers and publishers might have been swooning at my feet. But then again, the lack of swooners might just be that I don’t write as well as I think I do. Read #The Draftsman and decide for yourself. 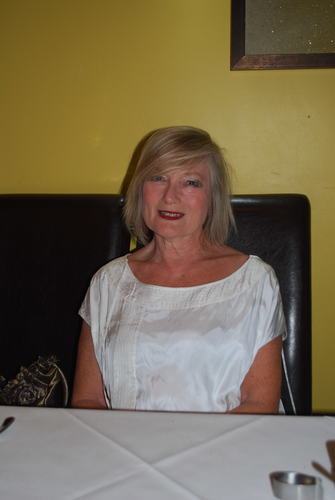