A brilliant but damaged man – this is the story of his genius, his healing and a forgotten mystery

It’s only a pony but only a pony is so much more. When the vet said “she can’t go on like this” it was bad enough. When he ran through the vital signs, “heart’s racing, breathing 47 breaths a minute, and should be 22”. When he sighed a heavy sigh and gave us that long look. Little Dolly staring blank at the soft autumn air. The Greyhorse standing off pulling at his hay, the sudden, sharp nod every minute or so, squirrels bold bouncing across the ground to hide acorns almost as big as their heads. The air was so still in that moment, and there was no longer the crackle and wheeze of Dolly’s laboured breath. Her lungs had so much scar tissue that there was no movement sufficient for a crackle or a wheeze. She stood with her hind legs stretched behind her ignoring the remains of her lunch. We’d been desperately tempting her with all sorts of yummy food, every hour something else, every morning looking in hope to see if she’d finished her last night’s food. But she didn’t and now it was time.

It’s only a pony, but only a pony is so much more. Two weeks before we had heard awful news of the death of an old friend. A friend whose death was expected, though not so soon. It was too soon, always too soon for those we love. And standing there in the golden light Dolly was waiting. Standing there in the golden light there was a door, a passage slowly widening, and slowly filling with immense, leaden sorrow. Sorrow for those left behind, for those whose strength is falling away, for those whose life is soon ending. And through it Dolly passed, gently, easily and soon lay still, still with us but gone. All that we have lost remains somewhere, somehow. Reach out and it reaches back. Don’t stop.

It’s only a pony, but only a pony is so much more. We can’t go to the funeral because there are limits on gatherings, so disease is our shepherd.

It’s only a pony, but only a pony is so much more. We can’t visit the frail because we might kill them. They might kill us, so disease is our shepherd.

It’s only a pony, but only a pony is so much more. The shepherd is waiting. Good bye Dolly. 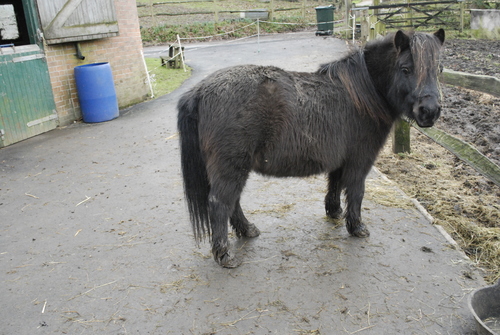 So sorry Laurel. Dolly looked like a fine pony. Thank God for the good Shepard!

Feel for you, Laurel, as only another rider and horse lover can.

Thanks for the kind words in re our much missed pony. People are suffering much more serious losses, but in the end, loss is loss.