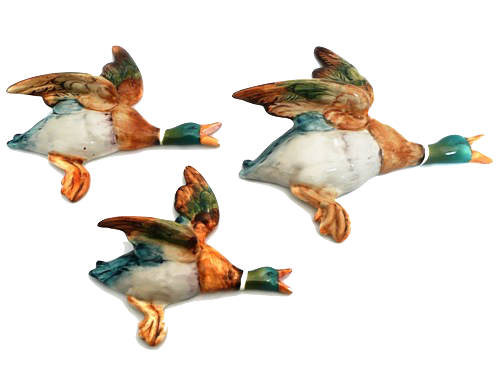 Apologies if you were hoping for an insightful examination of Anatidae (ducks, swans, geese, waterfowl per se), but the titular 3 ducks refer to the third week in a row with no pledge on the book. But, hey, what's 21 days out of the 1524 days that have elapsed since launch date? 1.3779528% to save you reaching for the calculator. Now, some crowd-funded authors might be reaching for the gin or Ginza (catalogue of Samurai sword specialists Ginza Choshuya), or both, however, I am a very patient person. Thinking in evolutionary time has that effect. So, to help you reach the same karmic peace in awaiting D-Day (that's Darwin Day, not Duck Day), here is a snippet from a previous book "what I wrote". Because I'm cheating by taking already written writing, you could call this, a nick of time. (Or not).

Anyway, pour yourself a nice long steaming hot bath of ice cold bubbly, kick back and set your book reading robot to it's Max Relax setting (anywhere between Kathleen Turner and Richard Burton), and enjoy this lesson in gradualism,

The rate of change has always been central to evolutionary theory: slow gradualism versus abrupt saltation (from the Latin saltus meaning ‘leap’) in its several forms. Darwin’s own understanding in gradualism came out of his appreciation of geological time and Earth’s grand old age, and again Edinburgh features large in the history of this revelation. Edinburgh-born James Hutton was fascinated by local rock formations encountered on travels throughout Scotland, to Galloway, Arran, Jedburgh, the Cairngorms, famously at Siccar Point near Berwick-upon-Tweed, and also right within the capital, in the Salisbury Crags on Arthur’s Seat. Hutton just couldn’t connect what he was seeing with Abraham Werner’s widely accepted Neptunism (Neptune, god of water and the sea in Roman mythology) which held that rocks had sedimented out of ancient flood waters, that some Neptunists, such as Robert Jameson, interpreted to be the biblical flood.

Instead, Hutton proposed a naturalistic Plutonist (Pluto, god of the underworld) argument that rock was produced from a molten Earth’s interior and manipulated and mixed and eroded over a great period by forces, into the formations that he had observed. Not least, he surmised that those processes must be ongoing, giving rise to an attitude of uniformitarianism, the constancy of processes. Hutton’s friend John Playfair, and companion to Siccar Point, recalled that ‘the mind seemed to grow giddy by looking so far into the abyss of time’. Suddenly the Young Earth based on biblical time and catastrophically sudden developments was insufficient to accommodate the evidence for these gradual processes, and the vital concept of ‘deep time’ was born, or at least reborn, given that the Chinese polymath Shen Kuo (1031– 1095) had first recognised the gradual process of sedimentation in the 11th century.

Darwin absorbed Hutton’s influence, especially regarding the continuity of nature and the true antiquity of the earth. His own formal geological training did little to instruct him in the core concepts. Attending Robert Jameson’s courses during the second year in Edinburgh he should have been stimulated by lessons on stratigraphic geology, learning about the studies of Georges Cuvier (1769–1832) with mineralogist Alexandre Brongniart on the geology around Paris, which formed a direct precursor to the ageing of rocks and the dating of fossils. Instead, he found the lectures so ‘dull’ that ‘[t]he sole effect they produced on me was the determination never as long as I lived to read a book on Geology, or in any way to study the science’. In later years, he referred to his Neptunist professor as ‘that old brown, dry stick Jameson’, and reflected that he

heard Professor Jameson, in a field lecture at Salisbury Craigs, discoursing on a trap-dyke, with amygdaloidal margins and the strata indurated on each side, with volcanic rocks all around us, and say that it was a fissure filled with sediment from above, adding with a sneer that there were men who maintained that it had been injected from beneath in a molten condition. When I think of this lecture, I do not wonder that I determined never to attend to Geology.

Although Jameson’s course did nothing to inspire the young man, perhaps it did seed in Darwin a title for the Origin of Species,1 and it also brought immediate benefits in giving him a chance to help with the collections in the University Museum, where he became an assistant and was awarded desk space. Tending the collections would have provided a flashback to his indiscriminate collecting as a childhood hobby, a status not radically different from that of the post- pubescent scientific amateurs who dominated British geology throughout this ‘heroic age’, until the founding of the British Geological Survey in 1835. The Survey formally made professionals of these gentlemen geologists. Jameson himself was a doctor by training who had been inspired into geology by John Walker (1730–1803), his Professor of Natural History at the University of Edinburgh from 1779 until 1803, and previously 30 years a Presbyterian parish priest – perhaps understandable, then, Jameson’s biblical interpretation of Werner’s flood, although, years later, he was to change his outlook in favour of Hutton.

Hutton’s geological ‘deep time’, popularised by Lyell, and which could accommodate gradual evolution by natural selection, was hotly contested by William Thomson, later 1st Baron Kelvin (1824–1907), a mathematician and engineer at Glasgow University. Thomson had contradicted uniformitarianism by using thermodynamics to calculate the age of the sun, and the subsequent cooling time of the earth, to be insufficient for evolution to have occurred: ‘I may say, strenuous on this point, that the age of the earth is definite. We do not say whether it is twenty million years or more, or less, but we say it is not indefinite. And we can say very definitely that it is not an inconceivably great number of millions of years... is earth, certainly a moderate number of millions of years ago, was a red-hot globe’. Unfortunately, Thomson had omitted nuclear fusion and radioactivity from his calculations, and so the potential for a star to burn bright for billions of years. e capacity of the earth to generate its own heat, thereby appearing younger than reality, had escaped him, but understandably so, as this was not known until the early 20th century.

Meanwhile, in the absence of this knowledge, Darwin was concerned by Thomson’s calculations inasmuch as he estimated a longer period necessary for evolution before the Cambrian than afterwards. is much he confessed to James Croll (1821–1890), self-taught geologist and expert on glaciers who was appointed Resident Geologist and keeper of maps and correspondence at the British Geological Survey offices in Edinburgh from 18672: ‘I am greatly troubled at the short duration of the world according to Sir W. Thomson, for I require for my theoretical views a very long period before the Cambrian formation’.

Thomas Henry Huxley (1825–1895), ‘Darwin’s bulldog’ and Acting Professor of Natural History at the University of Edinburgh from 1875 to 1877, attacked Thomson, calling to doubt his information sources: ‘Mathematics may be compared to a mill of exquisite workmanship, which grinds your stuff to any degree of fineness; but, nevertheless, what you get out depends on what you put in; and as the grandest mill in the world will not extract wheat flour from peas cods, so pages of formulae will not get a definite result out of loose data’. However, Darwin had little recourse other than to maintain his convictions, foremost in his own powers of deduction: ‘[P]re-Silurian creatures must have lived during endless ages else my views wd be wrong, which is impossible – Q.E.D.’; and then also in Lyell’s methods, about which he admitted to having insufficient understanding of the appropriate mathematics, ‘which profound ignorance gives, but I cannot help observing that when applied to uncertain subjects, such as geology, it gives as uncertain results as geologists arrive at by other means; for instance, how Thomson and others differ about the thickness of the crust of the earth and the rate of cooling’. But, on this subject, Croll was qualified to comment:

I think that you may quite fairly assume a very long period before the Cambrian formation, even according to Sir William Thomson’s theory; for, supposing the earth to have originally been in a molten condition, a solid crust would very rapidly form, and if this crust would not break up and sink, the globe at the surface would be cool and suitable for life, although a short way down below the surface the heat was intense. This results from the slow rate at which the crust is able to conduct the heat from within.

Thanking Croll (‘It is consolatory to me that you are inclined to give a little more age to the world’), Darwin reveals that Croll’s contributions helped him to maintain confidence in his work, and reinforce his armour against his other critics.