On the Movements and Habits of Climbing Plants

On this day in 1864, Charles Darwin's "The Movement and Habits of Climbing Plants" was published by the Linnean Society. He wrote about it in his "Autobiography":

In the autumn of 1864 I finished a long paper on Climbing Plants, and sent it to the Linnean Society. The writing of this paper cost me four months: but I was so unwell when I received the proof-sheets that I was forced to leave them very badly and often obscurely expressed. The paper was little noticed, but when in 1875 it was corrected and published as a separate book it sold well. I was led to take up this subject by reading a short paper by Asa Gray, published in 1858, on the movements of the tendrils of a Cucurbitacean plant. He sent me seeds, and on raising some plants I was so much fascinated and perplexed by the revolving movements of the tendrils and stems, which movements are really very simple, though appearing at first very complex, that I procured various other kinds of Climbing Plants, and studied the whole subject. I was all the more attracted to it, from not being at all satisfied with the explanation which Henslow gave us in his Lectures, about Twining plants, namely, that they had a natural tendency to grow up in a spire. This explanation proved quite erroneous. Some of the adaptations displayed by climbing plants are as beautiful as those by Orchids for ensuring cross-fertilisation.

The resulting book was similarly called "On the Movements and Habits of Climbing Plants" and was published in 1875 by John Murray, building upon his experiments to explore climbing plants in an evolutionary context.

He concluded, for example, that an increased ability to hold on to support (by twining) would be beneficial in windy environments, and, in tall and dense forests, twining plants would probably succeed better with minor expenditure of organic matter,

It has often been vaguely asserted that plants are distinguished from animals by not having the power of movement. It should rather be said that plants acquire and display this power only when it is of some advantage to them; this being of comparatively rare occurrence, as they are affixed to the ground, and food is brought to them by the air and rain.

Here is an example of the equisite diagrams that can be found throughout the book. The copious and laborious traces made of plant movements, 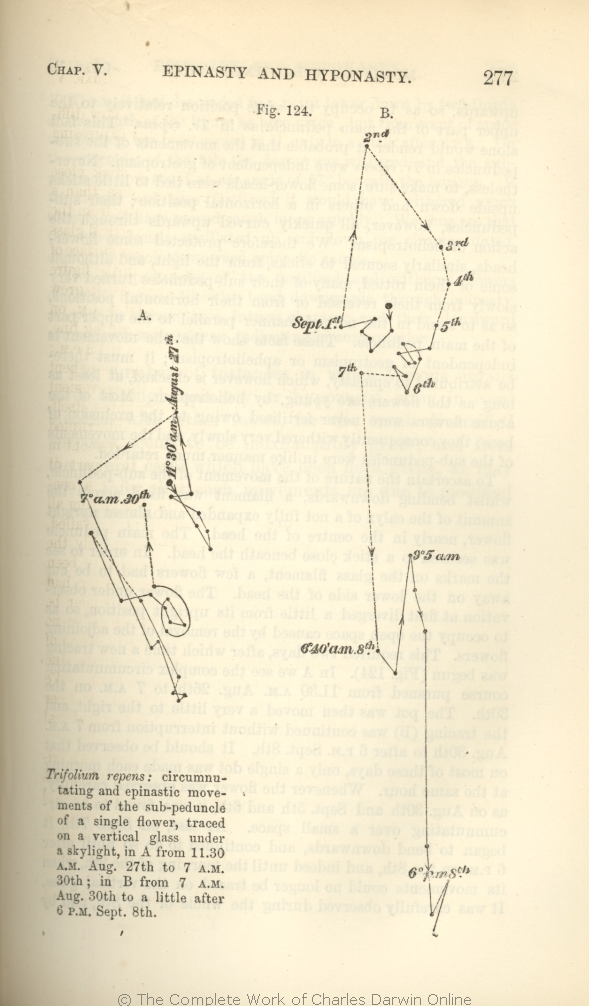 And the lovely illustrations of different plants that he would have kept in his greenhouse, 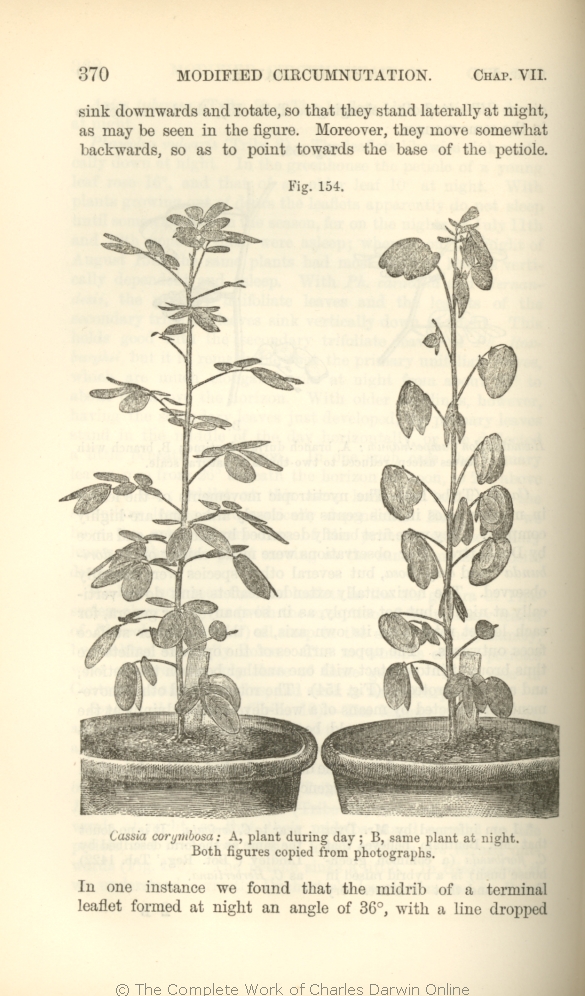 It's a great book by all accounts, so here's a FREE Kindle version for you to download: