This is becoming a loathsome habit, writing here that yet another contributor to THE DISSENT OF MAN has died. Last time I reported on a trio of deaths: John Fincham, Richard Gregory and Eliane Lacroix-Hopson. This time the loss will be ever more painful for the genuinely lovely interactions I had with Oliver Sacks (RIP). He was a brilliant man, perpetually busy, but always gave his time to reply with alacrity whenever I wrote to him. An inveterate yet unapologetic technophobe, email was not his thing, but FAX (what a joy seeing his cherished words churning out from that mangle), and mailed letters. I am pleased to say that he made a concession to things digital when it came to the telephone. 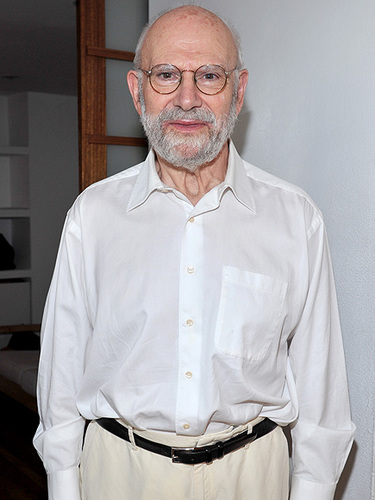 Early on, about 1998, we found a common passion for islands. I think I had been describing island metapopulation dynamics (as you do), and had undoubtedly mentioned the Galápagos at some point, which got us onto the topic. He had just been reading what sounded to me like a pretty heavy account of socioeconomics and geopolitics of Ireland (I couldn't remember the name, so searching just now turned up the likely candidate, Daly's Industrial Development and Irish National Identity 1922-1939). Asking why, if it is to be for pleasure, that, he answered, because, even though he had spent, what was at that time, the best part of half a decade in Canada and the US, he still thought of himself as a Brit, and because he read everything he could get his hands on relating to islands, Great Britain was bound to crop up now and then. I said, I knew of an Atlas of Remote Islands being proposed, but it wouldn't be out for several years (it was eventually published in 2010 and I don't know if he saw it), so I'd send him a book that had taken me two attempts to read, but had loved in the end. Someone gave me Dea Birkett's Serpent in Paradise about Pitcairn and the islandlers who are descendants of the Bounty's Fletcher Christian. I gave up half-way through the first time, but returned to the beginning a month or so later and enjoyed it immensely. A couple of clicks on Amazon and a copy was winging it's way stateside.

I will miss the World with Oliver in it. That one was better than this one. More so, because this World, now recast, is also a World without Robin Williams, and who can think of Oliver without also seeing, no, not just "seeing", it's more tangible than that, more visceral. Yes, without "feeling", Awakenings Robin. 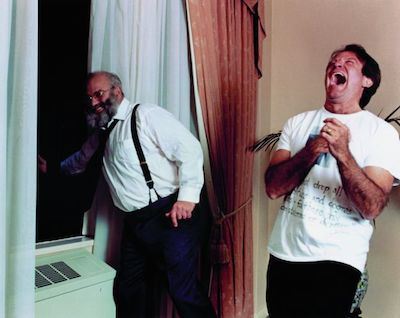 Without being accused of trying to profit from the recently deceased, please can I ask for an extra special effort by us all to push this book, THE DISSENT OF MAN, on to full funding. If you have a digital copy ordered, please upgrade to the 1st edition hardback. It's only another tenner, but it would help enormously. If you haven't yet pledged, please, please do so now. Please tell other people about it too, my contact sphere is very limited and it's nigh impossible for me alone to get more people involved.

Please do this for Oliver. He really believed in this project and took great pleasure in recounting one of his favourite anecdotes for inclusion in the book. I often wondered why he was so supportive of my efforts. Perhaps he simply enjoyed the subject area, and a field of work that was increasingly finding new connections with his own chosen discipline. The Cognitive Science of Religion was a mere glint in an eye when I first contacted him. Now, it's shaving and everything! Despite being in contact for some time, and infrequently keeping in touch, I never made it over to New York, to see him, or visit any one of the number of archives and people I need to see for various book projects. I regret that now, especially as it looks like a very pleasantly leafed 'burb of southside Manhattan (I don't know if that's the proper jargon. It may be 6024th on 9th or somesuch). 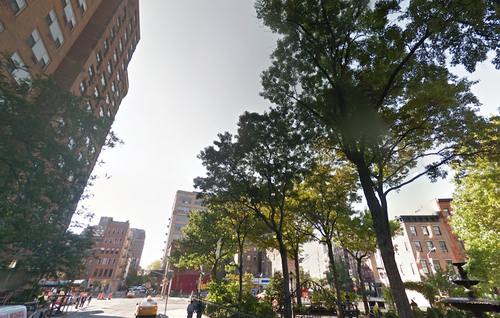 Anyway, as mentioned he really loved the anecdote that he gave to me to put in the book, and it even says as much. It's a cheeky and mischievous side of Oliver that will perhaps surprise many who thought of him as a benign saint. From re-reading it just now, it's clear that he was overjoyed to get it out there. I'm too sad to be furious that he's not to see it in print.

What Oliver may not have been so aware of was that he very much helped to steer the focus of the book round from its original course, onto what I now know to be the correct direction to proceed. His gentle influence through discussion and from my reading his works of sublime erudition, educated me in what is the most effective and persuasive way to express technically difficult topics via the written word. One "take-home" was be confident in your readers, and never patronise with diluted concepts and thin prose. I hope I can do his memory justice.

Please pledge, before anyone else in this damned book dies.

The last words here I will leave to Oliver, 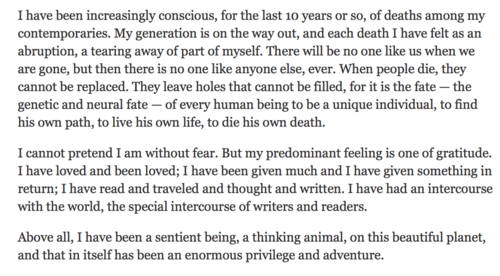