I would like to share with you a momentous moment. It is only fair that I do because I think of you as my partners in this venture, and it is regarding the DISSENT OF MAN that something BIG has happened this morning. 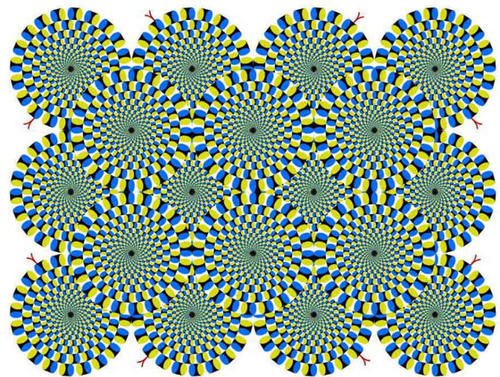 For two miserable months now, I have been working flat-out on a refutation about which I told you in a previous post. It's miserable because the number of mistakes I am having to find and refute seem endless. I honestly can say, I have never seen anything like it in 3 decades of being student and teacher in higher education. I am at the point now when I find myself blinking away the stinging mist and feeling a weight in my chest whenever I have to read more examples of the culprit’s incompetence.

If anyone has suffered a mental breakdown, clinical depression or anxiety, you’ll know what I mean. Everyone else should, for their’s and everyone else’s sake, read at least the first 3 or so chapters of Depression And How To Survive" It by Anthony Clare & Spike Milligan.

I haven’t finished that refutation yet. It may drag on some time yet, but I will finish it, and it will be tough again, but as of today, I don’t care. I am all light and love and at one with the World again; this morning I found the confirmation of what I had known for a long time, but was unable to make sense of in my brain, better expressed in an article that I only ended up reading because of a silly mistake I made in a previous Shed post.

As with legs, the long and the short of it is that I’d being going around in circles, trying to work out the problem, but, it transpires, it was for a very good reason.

It is a circle! It is entelechy, the realisation of potential in reaching the end. I just had to step away so I could see where the end was, and where it wasn't, and the answer was, "here", and the best bit is, it didn't matter where I was, it would still be here. (For all you whacky philosophy geeks out there, this is not the same as circulus in probando, or circular logic).  It's less holistic than that: more iterative, step-by-step. Even when following your nose, as long as you stick to the path defined by valid logic, and do not deviate from it, wherever it leads, even if it is back to where you began, must be correct.

So, that’s where I am, back where I began, where I've been all along. I've come full circle with out going anywhere, but in a very good way, a very creatively positive way, in a long distance travelled sort of not way, and it only took a dozen years or so!

All will become clear when you read the DISSENT OF MAN, which is looking in very good shape, indeed.

Do you know the rotating snakes, motion illusion above. I seem to have the biggest effect with this type of peripheral drift illusion. I was surprised that it was only described as recently as 1999 (Jocelyn Faubert, Andrew M Herbert, "The peripheral drift illusion: A motion illusion in the visual periphery" PDF), and the neurological explanation very recently in 2005 (by 2 teams: Benjamin T. Backus and Īpek Oruç with "Illusory motion from change over time in the response to contrast and luminance" PDF, and Bevil R. Conway, Akiyoshi Kitaoka, Arash Yazdanbakhsh, Christopher C. Pack, and Margaret S. Livingstone in "Neural Basis for a Powerful Static Motion Illusion" PDF).

Now, where was I?

the realization of potential [1]

• the supposed vital principle that guides the development and functioning of an organism or other system or organization. such self-organization required a special biological force—entelechy. [ count noun ] : an entelechy generating a work of art from within. [OED]

1) entelecheia (ἐντελέχεια) — in the philosophy of Aristotle [2], the condition of a thing whose essence is fully realized

2) “… both ενέργεια and εντελέχεια were of Aristotle's coinage, and … the words are distributed through his works. This reveals a number of peculiarities, which are resolved by an investigation of the words' meanings. It is discovered that Aristotle first coined ενέργεια to mean "inner activity," and kept this meaning throughout his writing. When he broke with Plato's forms [3] , Aristotle coined έντελέχεια, meaning "the internal possession of an end," as the correlative of δύναμις as "possibility." … uncovered [in] an earlier version of Metaphysics Θ. Finally, Aristotle found that every internal possession of an end is really an activity, and then stopped using the former word.”

3) Plato's forms were the idea of a thing, it's conceptualisation, an inner reality shared by all instances of the same object. So, all togas share the form of toganess, despite being made from different cuts of cloth, they shared their thinginess.