I’m sick to tears of writing these damn death notices about contributors to this book. It was supposed to take far less time than this to get funded, but what can I say or do to make it any quicker? Instead, this is a fourth person who will not see the project they supported with their time and ideas. So far my homage reads,

With gratitude and deep admiration for,

“I will be delighted to see myself in your book”

I am wretchedly sorry. 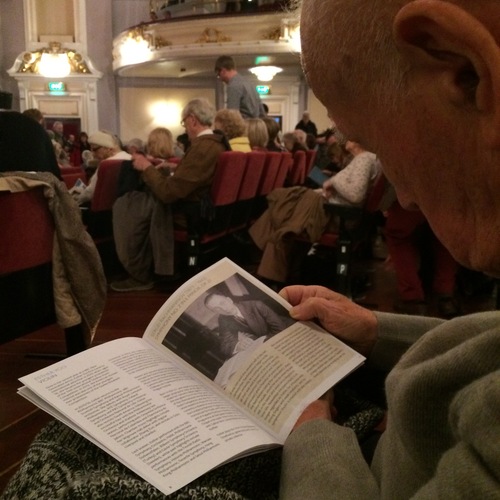 Richard Henry McPhail Third (born 29 September 1927 - 5 May 2016) was a retired Anglican bishop in the Church of England.

“Dick” was educated at Reigate Grammar School and Emmanuel College, Cambridge before studying for ordination at Lincoln Theological College. He began his ordained ministry as a curate at St Andrew’s Mottingham. He was Vicar of Sheerness. He was then the Rural Dean of Orpington before his ordination to the episcopate as the Bishop of Maidstone in 1976. He was translated to be the Bishop of Dover in 1980 to assist Robert Runcie, the then Archbishop of Canterbury. He retired in 1992.

Personal chaplain to the Queen Mother, his pastoral care of everyone in his parishes, or whomever needed council, was the same sympathetic ear, and sage advice, whatever their background or personal beliefs, gender affiliation and sexuality.

Not necessarily a contrarian, but a logician with past passions for mathematics and chess, a fearless intrigue with computers and the internet, and an admirable commitment to the Windows™ game of Solitaire, one always felt his opinions and judgements on even the most sensitive ecclesiastical subjects were informed by intelligence and compassion, rather than by piety and onus. For these, amongst his many humane qualities, he was widely held in warm affection.

When an appropriate moment offered itself in conversation, he endeared himself with a gentle wit and modesty: proud to have sculpted a word pun, or when recalling a memory where his physical stature had him looking at odds, and inevitably up, at the other clergy towering about him in procession. When communication was failing him, he invested all he had on letting his carers know he was grateful and loving. He was appreciated by most, and loved by many.

The Right Reverend Dr Richard Henry Mcphail Third lived for 88 years, about the last quarter of which was as my father-in-law.

I know what you mean, the same has happened to me. It's very sad.

I should have made it clear that of course I meant pledgers to my novel in my case, even so it is upsetting that people don't see the results of their generosity.

Sad to read about the loss of your contributors, and very sorry to hear of your personal loss.

Thank you Ewan and Marcus. Much appreciated.

Their names can still go in the book - it's a great way to make sure they are remembered.