Aubrey Manning on being a 'Gent' 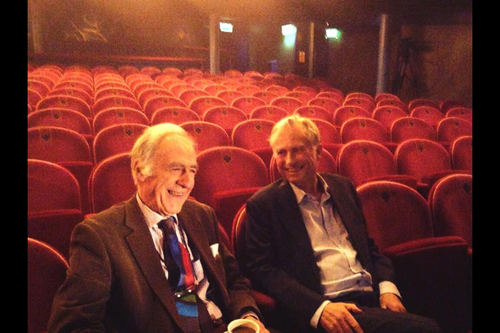 Today is UK Fathers' Day, and it brought to mind a quote from an interview I carried out with biologist and presenter Aubrey Manning. Aubrey spoke about his first encounters with Darwin's work and how it influenced his study with Nico Tinbergen (Richard Dawkins was a subsequent PhD student of Nico's). We were talking about the accusations that Darwin had usurped, or at worse stolen, Alfred Russell Wallace's precedence with regards the evolutionary mechanism Darwin named "Natural Selection". We were mulling over how extremely out of character it would have been, and contrary to that subterfuge how he then went to great lengths to seek independent adjudication on their coincidental discovery,

JD: It seems that Darwin was honourable in everything he did.

AM: He was far too honourable a man. He was a product of his generation. He was a gentleman. You’re right. My father was a cockney, and the cockneys had a term, they referred to somebody as ‘a Gent’, and that meant something serious. That was not a flippant term you used, you didn’t call someone a ‘Gent’ lightly. In fact of course, Wallace was a huge admirer of Darwin, and their correspondence shows how much they owed to one another. Darwin is prolix in his praise for Wallace’s early observations, but at the end they finally parted company didn’t they, over the origin of the human brain, where Darwin stuck to his guns, it’s got to be natural selection. There is no other force shaping us, that and our environment. But Wallace felt that, strangely, the human brain must be God-endowed, because savages had brains like English gentlemen, and they didn’t need brains like English gentlemen. How could he be so blind! He was such a brilliant man. And he didn’t see that these Malaysians who he had been living with, as well as the people in South America, he couldn’t see that they were human...

It's only natural that we measure the world through the scales set by our own experiences, although objectivity must ultimately inform our conclusions. Aubrey reaches for an amplitude of propriety established within his own background, by which to assess Darwin’s potential for impropriety. Wallace held a personalised concept of creation which he saw as having a secondary phase during which time higher animals gained consciousness, and a tertiary phase when humans were given a soul which separated them from their ape-like ancestors. This view, that Aubrey mentions above, was likely influenced by Wallace's adoption of spiritualism about the time he was publishing his views on human evolution. Hence Wallace was also a product of experience, but he unfortunately committed the naturalist sin of returning to an anthropocentric universe, the removal of which had been begun by Copernicus, and finished off by Darwin.

Many more of these musings will end up in The DISSENT OF MAN.