A story about a family torn apart by obsession and the need to rebel against a violent regime, set in a broken, dystopian Britain 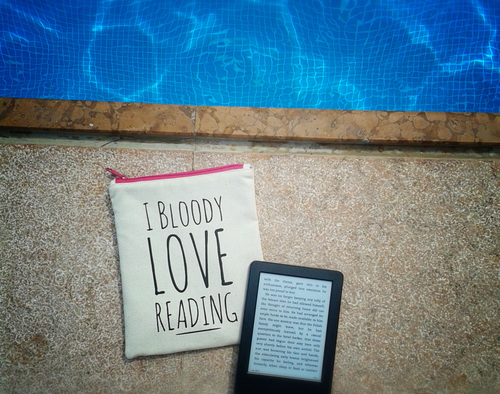 Fiction has always been full of dark stories that twist the world we live in and imagine it changed for the worse, whether through natural disaster, political influence or war.

My novel is part of this genre of dystopian tales, set in an alternative version of the UK run by a military dictatorship, where the Authorisation Bureau can make someone disappear for the most menial of ‘crimes’, even something as small as reading a book they don’t approve of.

Most people know the most famous books in the genre, the likes of 1984 and The Handmaid’s Tale. But I’m always on the lookout for new novels that capture one frighteningly possible future, however unlikely.

These are just a few I’m looking forward to reading this summer:

Lea Kirino lives in a world where advances in genetics mean it’s possible to live forever – if you do everything right: find the perfect balance of HealthTech™, rigorous juicing and low-impact exercise. But there’s a darker side to society, where human organs are bought and sold on the New York exchange.

Lea’s perfect life comes under threat when her estranged father reappears and draws her into the Suicide Club, a network of powerful individuals and rebels who reject society’s pursuit of immortality, and instead chose to live—and die—on their own terms. In this future world, death is not only taboo; it’s also highly illegal. Soon Lea is forced to choose between a sanitised immortal existence and a short, bittersweet time with a man she has never really known, but who is the only family she has left in the world.

Night of the Party, by Tracey Mathias

This young adult fiction novel imagines a Britain governed by a far-right nationalist party, responsible for implementing the British Born edict, which allows only those born in Britain to live here. Everyone else is an "illegal", subject to immediate arrest and deportation.

But an election is coming soon and all the polls point to a big loss for the ruling party.

18-year-old Ash is still mired in grief after his sister Sophie died in a drug-related accident at a party. When he meets the mysterious Zara they have an immediate connection, but she has a secret that threatens to come between them.

Not only is Zara technically an illegal, but she also witnessed Sophie’s death and is the only person who knows what really happened. But telling the truth could mean her future in Britain is destroyed. With the election coming, Zara must hope for The Party to be defeated, if she’s to have any chance of building the life she wants – and getting justice for Sophie.

Five women. One question: What is a woman for?

Abortion is once again illegal in America, in-vitro fertilization is banned and the Personhood Amendment grants rights of life, liberty, and property to every embryo. In a small Oregon fishing town, five very different women navigate these new barriers.

Ro, a single high-school teacher, is trying to have a baby on her own, while also writing a biography of Eivør, a little-known 19th-century female polar explorer. Susan is a frustrated mother of two, trapped in a crumbling marriage. Mattie is the adopted daughter of doting parents and one of Ro's best students, who finds herself pregnant with nowhere to turn. And Gin is the gifted, forest-dwelling homeopath, or "mender," who brings all their fates together when she's arrested and put on trial in a frenzied modern-day witch hunt.

The End We Start From, by Megan Hunter

In the midst of a mysterious environmental crisis, as London is submerged below flood waters, a woman gives birth to her first child. Days later, the family are forced to leave their home in search of safety. As they move from place to place, shelter to shelter, their journey traces both fear and wonder as the baby’s small fists grasp at the things he sees, as he grows and stretches, thriving and content against all the odds.

Which books are you looking forward to reading?

1st edition paperback and special e-book edition. Plus your name in the list of Patrons in the back of the book.