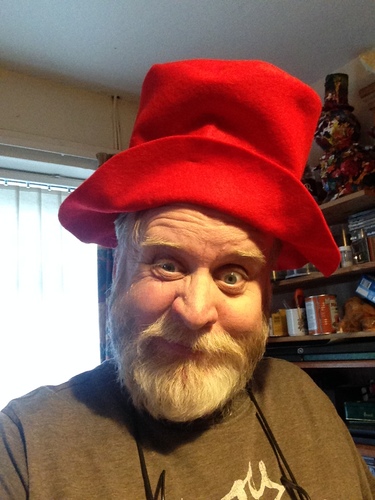 The campaign to fund THE DIABOLICAL CLUB kicked off on the 11th January and hit the 33% mark - a whole third of the way there - about a month later. What a great start! But the pledges have stalled now and it's taken three weeks to crawl up to 35%. Which is a shame as, judging by the feedback I'm getting on the previous book - A MURDER TO DIE FOR - a sequel is much anticipated. Sadly, unless things pick up, the wait will be longer than I'd like.

But, on a happier note, I've just sent the second draft out to my gang of critical readers (having listened to their comments from he first read) and I'm pretty confident that THE DIABOLICAL CLUB is now funnier and more intriguing than the first draft. I will go through a number of drafts before I'm happy. At the end of the day I want to produce the best-written and funniest book that I can.

Laughter is important.As Charlie Chaplin once said, 'A day without laughter is a day wasted' and when I read in my reviews that A MURDER TO DIE FOR made people chuckle, or even laugh out loud on their commute to work, I am ecstatic. It means that all of the effort I put into these books is rewarded. Job done.

We just need to get the sequel there now. So tell your friends and cajole your family to pledge. I might sell a kidney. Let's get this book over the line!