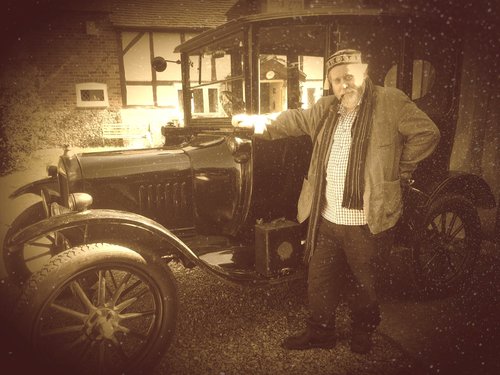 Well, it's been two years now since A Murder To Die For  burst into existence - all thanks to you.

It's been seen in bookshops up and down the UK, it's been turned into an audiobook - read by the fabulous Rula Lenska - and it's been nominated for two awards. Most importantly, it's garnered hundreds of reviews and they have been overwhelmingly glowing. I've made people laugh. That's what I wanted to do.

A sequel called The Diabolical Club was published this year, again to rave reviews. And Rula Lenska asked to read the audiobook as she'd enjoyed the first one so much.

And now the third book in the trilogy is being crowdfunded. Called Cockerings (pronounced 'corrings') it's the funniest of the three and it ties up the final loose ends from the first two books.

It centres on a brother and sister - Berkeley and Marcheline Cockering - and a squabble over an inheritance. But then a geriatric circus comes limping into their world - crumbling tumblers, arthritic acrobats and decrepit daredevils who simply cannot imagine any other life and are doomed to perform until they die - and Berkeley is inspired to employ the circus's unique talent for creating chaos to cheat his sister. Expect incontinent elephants, a terrible moment involving a penis pump, and clowns being maimed. Oh yes, I hurt some clowns in this book.

You'll also find out what happened to Detective Inspector Brian Blount who messed up so spectacularly in A Murder To Die For.

So, if you enjoyed my previous book, or books, and you want to complete the set, or you just fancy a good belly laugh, please consider pledging on Cockerings. Here's the link.