F*rts and Photographers - Where do ideas come from?

'Where do you get your ideas?'

Neil Gaiman used to say that he got his 'from the Idea-of-the-Month Club,’ or 'from a little ideas shop in Bognor Regis.’ Other writers have given glib replies claiming that there is a secret society who send you ideas once you've been published. The rather more mundane truth is that they just ... happen. Sometimes they start off as daydreams and random thoughts (I get a lot of ideas when out walking my dogs in the countryside). George Orwell came up with Animal Farm after watching a boy walking a cart-horse and thinking to himself, 'What if animals knew how strong they are?'  Sometimes they simply form out of things you've read or heard. Ian McEwen wrote Atonement when his father's war stories reached a kind of 'saturation point' and assembled themselves into a narrative in his head.

Everyday life is fertile ground too. So many situations in my books are based on real events. Take this example (and a sneaky peek) from The Diabolical Club:

She pointed to a substantial twin pedestal desk with a green leather top. ‘The direct sunlight is fading the leather, you see. But it’s Victorian and solid oak and it needs two people to move it and, sadly, I can’t help as I have a prolapsed disc. Or perhaps DC Jaine wouldn’t mind?’

‘Happy to help,’ said Jaine gallantly and was rewarded with a smile from Miss Kingshaw.

Miss Deak rose from her chair. Now that she was standing, Jaine could see that she was probably a little taller than he was. She was certainly broader and his mind was suddenly filled with images of Russian shot putters. She positioned herself at one end of the desk. Jaine did the same and stooped to get a firm grip.

Jaine held his breath and strained to lift the heavy desk and, as he did so, he broke wind noisily. However, there was no time for an apology as Miss Deak was already shuffling backwards and dragging him and the desk with her. As he moved he became aware of the fact that his pressure fart hadn’t just been offensively loud.

‘Down,’ instructed Miss Deak. Jaine lowered the desk to its new position and straightened up, his face glowing red as much from embarrassment as exertion. To his shame, both Miss Bultitude and Miss Kingshaw were looking distinctly green about the gills, their faces pinched in repugnance.

I was about fifteen and besotted with a fellow pupil at my school called Tracy North. She was trying to move a heavy piece of gym equipment and I saw a chance to impress her. You know the rest. I never did ask her out. Sigh. Now, some forty-odd years later, I've pinned my shame to the page.

People-watching is a constant source of joy. I love to imagine their lives: what they do, where they live, who they live with, their hobbies and passions and darkest secrets. And, every so often, I read about a person's life and I 'borrow' aspects of them for my characters. A good example of this is my reclusive fictional murder-mystery author Agnes Crabbe. She's at the heart of my first novel A Murder To Die For and also features heavily in The Diabolical Club. In many ways she was inspired by Agatha Christie - even the initials are the same - but she was mostly modelled upon the extraordinary Vivian Maier. I'll explain why in a moment. 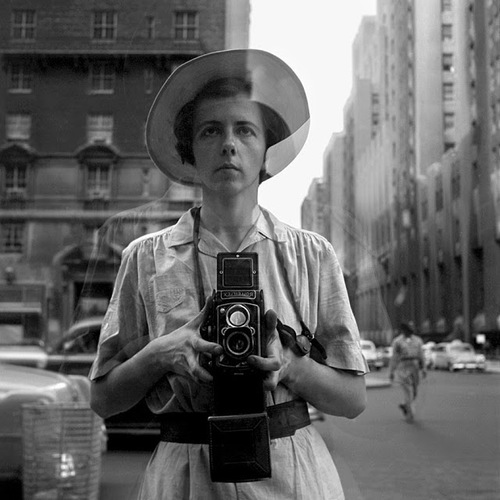 A Murder To Die For was all about a murder at a murder-mystery festival. And I knew that there was comedy to be had from throwing two very different cultures at each other (all the best comedy and drama comes from conflict) who shared a common goal. It was classic crime fiction fans versus the police in a race to the finish. What I was missing was some element that would turn my murder-mystery fans into rabid murder-mystery fans. Vivian Maier provided that missing link.

Vivian Dorothy Maier (February 1, 1926 – April 21, 2009) was an American street photographer. She worked for about forty years as a nanny, mostly in Chicago, and took photographs in her spare time. In fact, she took more than 150,000 photographs during her lifetime, primarily of the people and architecture of New York City, Chicago, and Los Angeles, although she also traveled and photographed worldwide. However, during her lifetime, Maier's photographs were unknown and unpublished and many of her negatives were never even printed. For reasons too complex to go into here, this was a conscious decision on her part. She lived in poverty towards the end of her life and failed to keep up payments on a storage unit. The contents eventually came up for auction, which is how she was 'discovered' by a man called John Maloof who bought some of her photos in 2007. Two other Chicago-based collectors, Ron Slattery and Randy Prow, also obtained some of her prints and negatives that they found in boxes and suitcases. These are some of her amazing photos: 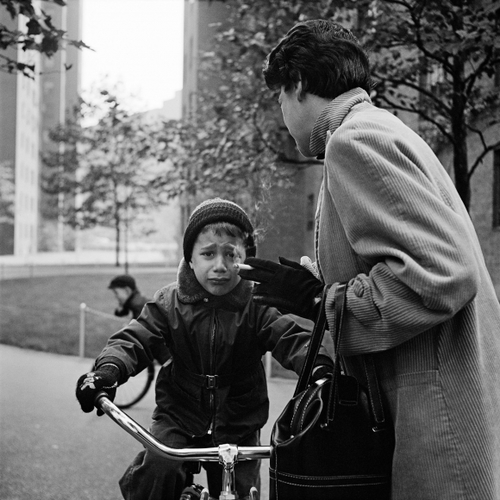 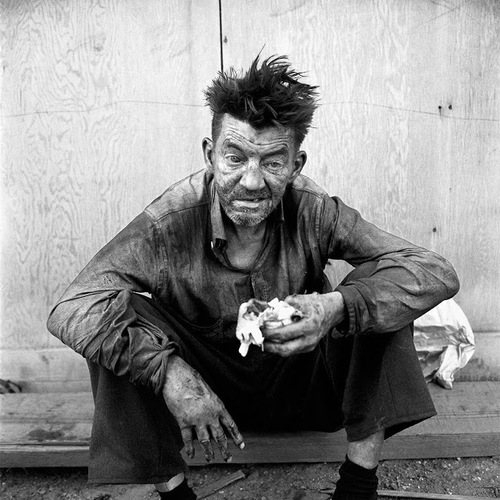 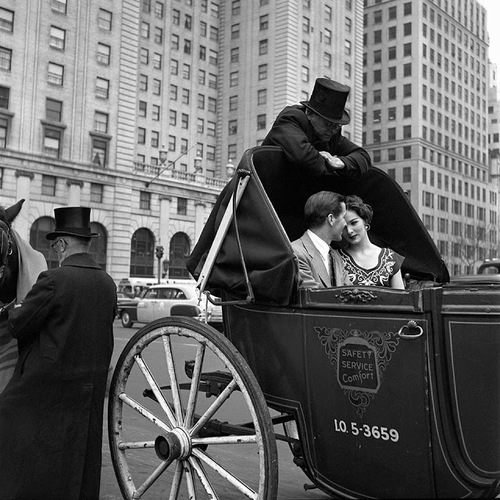 Sadly, Maloof never got to meet her as she was almost invisible on the internet and, in fact, he only finally tracked her down when her death notice appeared in a Chicago newspaper in 2009. Maloof then linked a selection of Maier's photos on FLICKR to his blog and the results went viral. As the result, her work has been critically acclaimed ever since and has been exhibited in galleries all over the world. 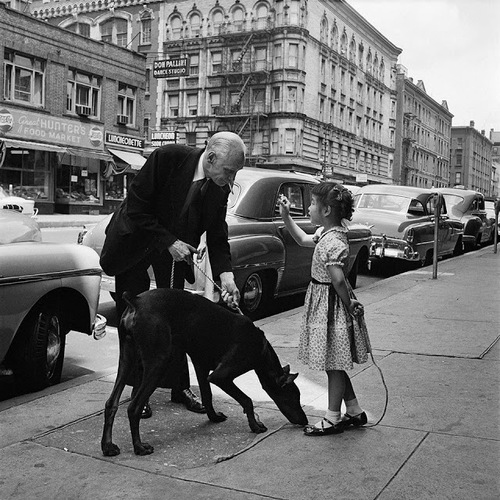 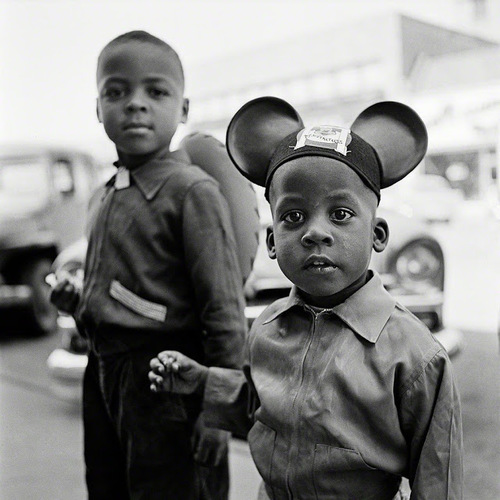 It's extraordinary work isn't it?

If you'd like to know more about her, I suggest you seek out the documentary Finding Vivian Maier by John Maloof - it turns up on the Sky Arts channel and other places periodically - or read Pamela Bannos's excellent book about her. 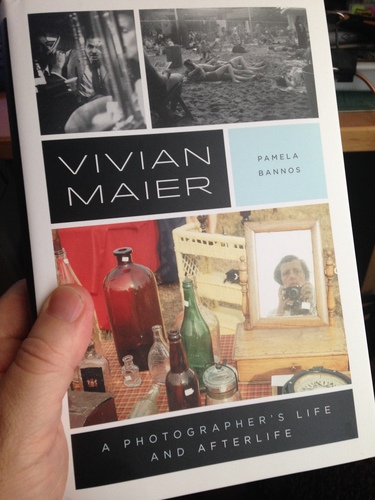 It was the 'only being discovered after her death' that gave me the perfect reason for why Agnes Crabbe's fans are more passionate that those of, say, Margery Allingham or Sir Arthur Conan Doyle or Christie herself.

I had Agnes Crabbe keep her writing to herself throughout her life, just as Maier did with her photographs. Consequently, when her cache of unpublished Golden Age novels - left with a solicitor in a suitcase to be opened after her death - is discovered in 2000, her fans become super-obsessed with the need to elevate her to the ranks of the Queens of Crime along with Ngaio Marsh, Dorothy L Sayers and other writers that I've mentioned already. And because the discovery of her work is so fresh and new, the various fan groups are always jostling for position as the experts and there is much argument among Crabbe scholars about her reclusive life, about her plots and characters and, to bring this little blogpost full circle, her inspiration: Where did she get her ideas from?

Vivian Maier inspired Agnes Crabbe. And now, Agnes Crabbe has inspired me. The next time I get asked 'Where do you get your ideas from?' I'm going to say, 'Well, there was this writer and she put all of her ideas into a locked suitcase and when it was discovered in 2000, there were all these new ideas to plunder ...'

It's been a good first month for the campaign to fund The Diabolical Club and I'm teetering on the brink of being 30% funded. But I need your help.

If you enjoyed A Murder To Die For, please consider supporting the sequel and sooner rather than later. If we miss the cut-off for fiction releases, it'll mean a wait of over a year like we had for 'Murder'. If you want to read the sequel within the next twelve months you need to pledge now. Simply click here.

If you don't want to or can't support the new book, that's fine too. But please spread the word if you can.

If you're a book blogger, I'd be delighted to talk to you. I did a lovely interview last week with Linda Nagle that you can read here. Or please review the book.

And if you're a reader, please leave a review of A Murder To Die For on Amazon, Goodreads etc. The more reviews, the more the book gets marketed, the more people buy it and read it. It takes just a couple of minutes but the effects can last a lifetime!