Not a lot to report - but here's the news that's fit to print :)

Since my last post on the 1st March, the book has only garnered an additional 4% and we're teetering on the brink of 40%. One more pledge should push us over. But there's still another 60% to go and, like all crowdfunders, I've been going through those dark nights of the soul and wondering whether The Diabolical Club will ever see the light of day. But I'm not someone who gives up easily! So I've added some new pledge levels this past week and there's a new extract for people to read attached to this page. The fight goes on!

In the meantime the prequel, A Murder To Die For, is still selling well and is turning up in bookshops everywhere. The reviews for it on Amazon and Goodreads are all very positive and mostly 5*****, which is very flattering. And, last Thursday, I had the great pleasure of spending an evening talking about writing, murder-mystery and the Unbound experience at Waterstones' huge branch in Oxford. I still haven't quite got over seeing this in their window: 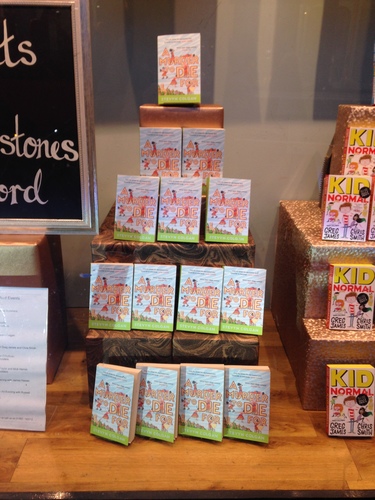 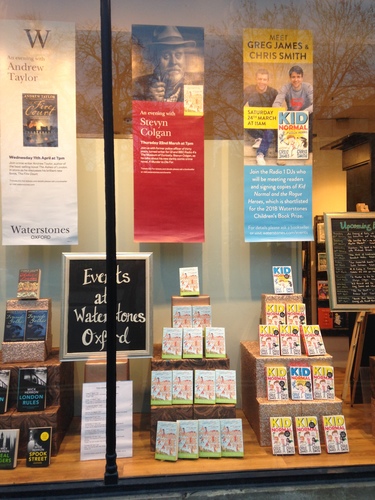 Every author dreams of things like this. It would be lovely to see The Diabolical Club follow the same path.

What's next? Well, the audiobook is being recorded in the middle of April by none other than Rula Lenska. I'll be popping along to the studios to meet her and the team at Isis Audiobooks to grab a few selfies and some words from them.

Oh, and my author portrait from the inside back cover of A Murder To Die For has had two outings this week: once on that poster in Waterstones, and also in an art exhibition. Yes! I've been a work of art!

Mark Page is an award-winning photographer (and is currently the UK's Erotic Artist of the Year - I love telling people that he did my portrait!). However, he's now moving away from naked people and spending more time doing street photography. His latest exhibition is called Faces of Wycombe and hundreds of his powerful black and white portraits have been on display in a gallery in the town this week. They capture everyone he managed to persuade to have their photograph taken during a handful of pop-up studio days in the town centre (me among them) last year. It's a wonderful snapshot of the town - which has always been an eclectic and arty place - and its many characters. I was delighted to be part of it and even more delighted that Mark has received so much acclaim for his work. 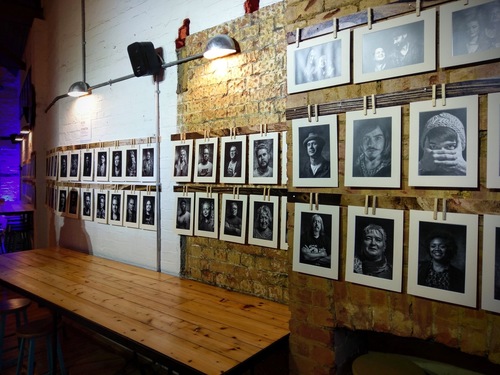 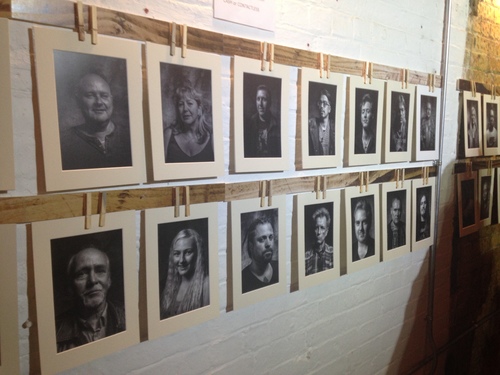 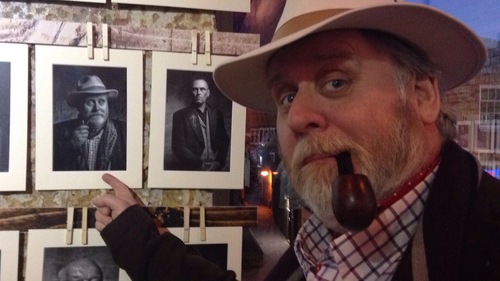 The campaign fights on!