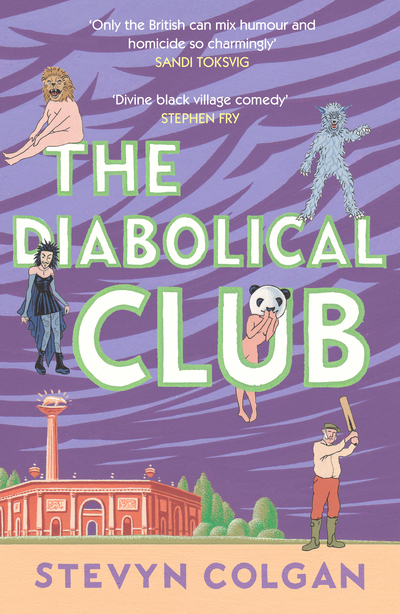 Events take a further turn for the macabre when the secretary of a prestigious girl’s boarding school is found murdered and all of the evidence points to the local MP as the culprit. His only chance to avoid prosecution for a crime that he claims he didn’t commit is to hire ex-homicide detective Frank Shunter to uncover who the real murderer is.

Meanwhile, the identity of the blindfolded skeleton may reveal a startling truth about the fate of murder-mystery writer Agnes Crabbe’s long lost novel, Wallowing In The Mire …

You can read The Diabolical Club as a sequel or as a stand-alone novel but, once again, Stevyn Colgan promises to take us back to South Herewardshire for a comedy murder-mystery that skips merrily along the fine line between farce and tragedy.

What people said about A Murder to Die For:

‘Stevyn Colgan bestrides the territory of English rural comedy, one foot on the throat of Joanna Trollope, the other knocking the bonnet of Miss Marple off her silver head. Divine black village comedy.’ – Stephen Fry

'Only the British can mix humour and homicide so charmingly. The perfect tonic if you need a pick-me-up. Just add gin.' – Sandi Toksvig