Since my last report, The Continuity Girl has been spotted in the following places. 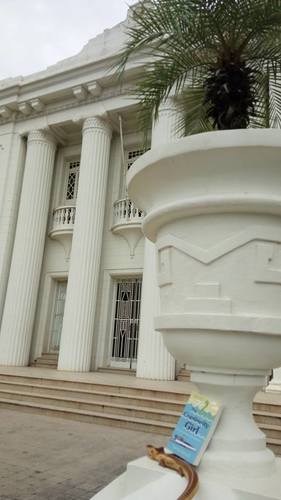 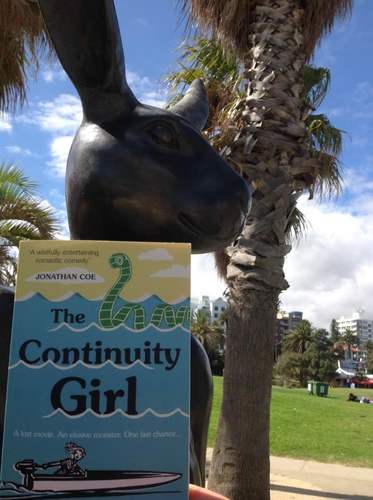 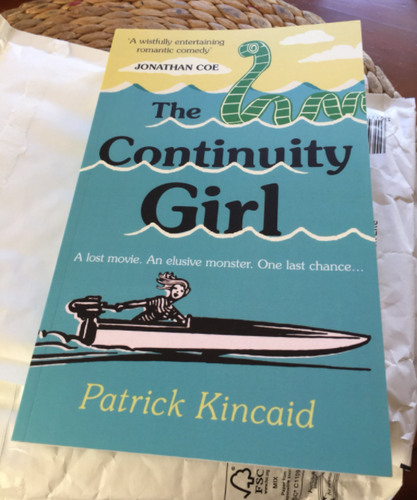 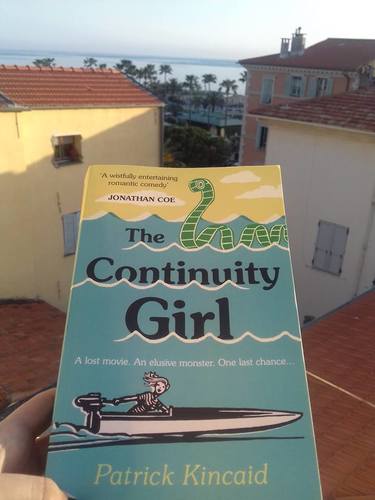 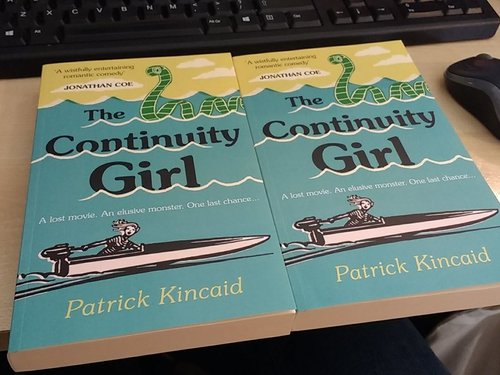 This last might be less exotic than some of the other places, but it seems significant. It marks The Continuity Girl's arrival in the country in which it is largely set. I was also very pleased to learn last week that the paperback is now available at Blackwell's in the city, in the shop's Scottish Room. It feel like the novel is coming home.

Nearer to my home in England, I got the chance to talk about and sign copies of The Continuity Girl at a couple of fine independent bookshops. The event at South Kensington Books on Thurloe Street, a beautiful shop just a stone's throw from the Natural History Museum and the V&A (if you have a very good throwing arm), was notable for a Nessy cake that really stole the show. 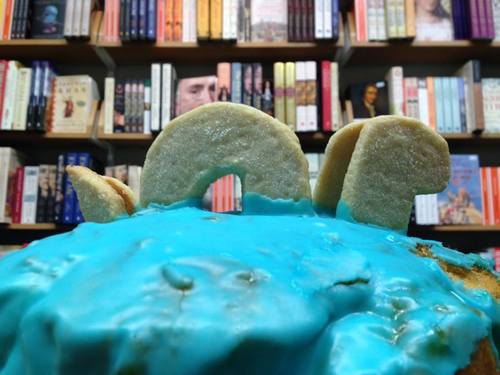 Meanwhile, during the World Book Night event at Kenilworth Books, a busy Warwickshire independent celebrating it's 50 year, the book was upstaged by Plesiosaur shaped biscuits... 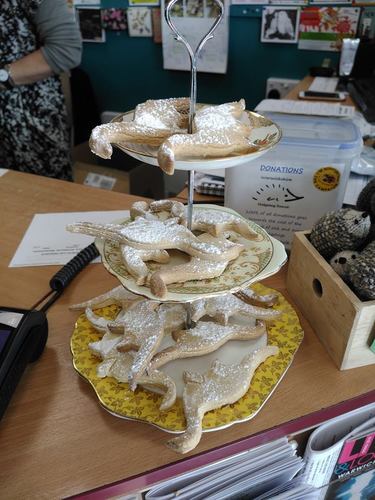 ... and an eavesdropping serpent. 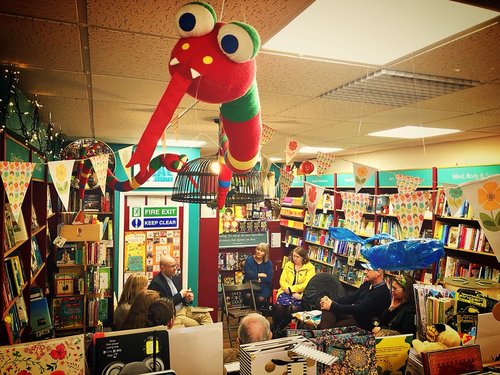 There are other events in the works, and I'll let you know about them at the Unbound events page as soon as I know the details. Watch this space. Meanwhile, I'll be grateful for any and all pictures that chart The Continuity Girl's continued travels.