Difficulties with 'Girls' - some further thoughts on a trend in book titles. 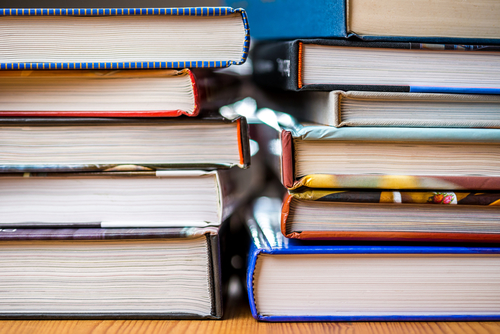 When I first decided to call my novel The Continuity Girl, it wasn’t to follow a popular formula. There were reasons the title seemed right, some of which I will explain below, and others of which are best left up to you. Then, a few months ago—and just as I was beginning my first revision, so was open to suggestion—I had a crisis about it.

It’s that word ‘girl’. The age of my novel’s title character is easily calculated, and at no point is she below the age of majority. So, she’s like those other eponymous characters of 21st century literature who are in fact women: the ones with dragon tattoos, or who have inexplicably gone, or who can be found on trains, or who are funny. If I’m honest, I’d thought this trend a bit odd even before I saw it bemoaned in a tweet by an eminent person in the book industry. After referring to a real-life case of sexual discrimination in the workplace, this person wrote, ‘Also, I know they are our bestselling books but I really don’t want to see “girl” when we mean “woman” on books anymore.’

Sheepishly, I confessed that I was about to do this very thing, adding ‘but it’s an indicator of period, & the point about status is made in the novel.’ I was happy with this qualification for about half a second, then wrote, ‘Still, it would be on the cover, & who would know? You’ve prompted a rethink that’s been coming…’

‘That is very heartening to hear,’ the eminent person wrote.

There’s no doubt that this trend has been a popular one in recent years, and there have been so many opinion pieces analysing the reasons for this that I’d be a fool to add my voice to them in a general way. Suffice to say that most of the books with such titles are thrillers, and that there’s a decent chance that the woman-called-girl will either be dead before the novel begins, or dead by the end. According to this piece, it's male authors who are more likely to kill them. Yes, I found that depressing, too. Here’s someone making themselves feel ill by attempting to read every book with such a title. Here’s an article by someone who’s done the stats. And here’s one by someone as upset as I am to be following a trend.

Now, I’m going to offer two explanations (one old, one new) for why I’ve decided to go with my original title. Neither is offered as a justification for inherent sexism. Also, I know I’m opening myself up to accusations of mansplaining. I know I haven't the authority to decree that my inherently sexist title is okay because I’m somehow using it responsibly.

My first point is that, historically, there were people who were called ‘continuity girls’, and that they were always fully-grown women. It would be anachronistic to call them something else in the historical part of the novel, other than ‘script girls’, which doesn’t solve the problem. Nowadays, professional roles in film, as elsewhere, aren’t distributed on such a hard-and-fast gender basis, and so we’re much more likely to hear about ‘continuity supervisors’. I doubt anyone thought much about the loss of that pesky diminution when the title changed (but NB: best boys still exist – check out any list of crew on IMDB – and interestingly can be of either gender). My own ‘continuity girl’, April Bloom, is somewhat younger than the women she is only in the vaguest way based upon. On The Private Life of Sherlock Holmes, the role went to that veteran of British cinema, Elaine Schreyek, known in the business as ‘the Duchess’, who was 45 in 1969 and had already worked on notable films for two and a half decades. She had done uncredited work on that influential early British horror Dead of Night (1945), and had worked in the eye of the storm whipped up by Laurence Olivier and Marilyn Monroe on the set of The Prince and the Showgirl (1957). After her stint with Billy Wilder, she worked on Bond films with both Sean Connery and Roger Moore, on the immensely popular Pink Panther series with Peter Sellers, and on Superman: the Movie and Superman II. Every cinemagoer of my generation and the two that preceded it owes her a debt of gratitude.

Because April is younger, and also because she’s half-American, I’ve culled for her a number of films from elsewhere, too, creating a career trajectory that takes her into an era when she might be expected to take exception to the oppressive power of that professional sobriquet. We see her not only in a defined historical period, but also in the here-and-now (well, near enough – in some ways 2014 seems a life time ago). I hope to exploit this tension a little. It isn’t very long ago that women of all ages and in any position in society or work were called ‘girls’, and the fact that this is still tolerated in some instances, and still needs to be challenged, is interesting.

My other reason is both historical and literary. As I’ve noted above, my novel isn’t a thriller, and at the risk being accused of giving away spoilers, I'll let you all know that this male author has chosen to keep his titular ‘girl’ alive throughout. Though it will probably be called a ‘romantic comedy’, I’m currently insisting on ‘comic love story’, partly to avoid having to slavishly follow a pattern. The contemporary novel I think my version of the ‘girl’ novel most resembles is Nick Hornby’s Funny Girl from 2014. This is set mostly in the 1960s too, and tells of a young woman who has to fight and kick her way centre stage in a profession that's run by and for men. Hornby’s title is, of course, borrowed directly from that of the 1963 musical and its 1968 movie adaptation, both of which starred Barbra Streisand, but I think he was probably looking at other book titles too.

Kingsley Amis, father of Martin and for decades an unavoidable literary totem in Britain, was famous by the 1960s as the author of a series of comic novels dealing with social attitudes in post-War Britain. Take a Girl Like You, published in 1960, was his first attempt to make a female character his protagonist, and it’s a qualified success. Amis gained a reputation later in life for being a terrible old reactionary, particularly in his attitudes towards women, and it’s difficult to defend him against such charges even if you’re a fan. Even in his first and most famous novel, Lucky Jim, the main female characters are the hero's needy and deceitful colleague, who tries to entrap him in a loveless relationship, and the beautiful girlfriend of his rival, with whom he escapes at the denouement. But in Take a Girl Like You there’s at least an attempt to give Jenny Bunn some actual life, and to show how it’s cribbed and curtailed by society’s expectations. In some ways, she’s a mid-twentieth century Tess, thwarted by a naivety stemming from contemporary sexual double standards. At the same time, her suitor Patrick Standish – and nobody reads the novel without believing that Patrick is a portrait of the artist, and thus a product of deep self-loathing – is a charming monster. A bad film was made of it in 1969, but Andrew Davies was more successful with his BBC production in 2000 (though even this suffers from a nostalgic gloss that’s at odds with the source's vision of post-War austerity). Amis wrote a belated sequel in 1988, Difficulties with Girls, in which, if anything, he is even more sympathetic towards Jenny and more disgusted by Patrick…

Like Funny Girl, my novel harks back to some extent to those of an earlier era. Not only Amis père’s, either--The Rachel Papers was on the horizon by the end of the sixties, too. And also like Hornby's novel, The Continuity Girl is partly set in a later period, giving the reader a prism through which to view those long-ago attitudes and compare them to our own. For instance, these days no one would dream of referring to an adult female character as a ‘girl’ on the title of a book…

One last comment, and I want it to be a short one. It’s just possible that the novel's title character isn’t the one I’ve been talking about here. Perhaps April the adult woman isn’t being called a ‘girl’ on the front cover after all, and the ‘continuity’ has nothing to do with her role on the film set. Perhaps the title refers to another character entirely, an actual minor, who you won't get to meet until you read the novel... Well, would't you like to know?

Great article Patrick. I feel similarly uncomfortable about the use of the word 'girl' to refer to a woman and yet it is inescapable that numerous women refer to 'the girls' and to their 'girlfriends', the latter being a term more generally in use for adult females. I like to think of myself as a feminist and I am always conscious of the Bechdel-Wallace Test whenever I write a story (whether or not I pass it) but some of these issues can seem thornier when one is not in the particular group to which one is referring.

For illustration, see the old debate about whether is is acceptable for white people or black people to use the 'N' word; or the query raised in last month's National Geographic magazine about whether or not the word 'queer' is offensive to those with a non-binary gender. A famous white British actor - I forget who - recently got into trouble in the US for referring (positively) to black people... because, in the US, the term 'people of colour' is now preferred.

As a writer I naturally believe in the power of words and that we must all use them carefully. On the other hand, an Indian friend of mine uses the term 'accidental racist' to describe people who are not remotely racist but sometimes worry that they are not being sufficiently politically correct. Perhaps this 'girl' debate is one of those things...?

Thank you for your comments, Tom. I think you make a good point - the risk you run if you too zealously police yourself on language is that you become hyper-aware of difference, which might indeed lead to accidental prejudice...