A novel that sprang to life in a moment of inspiration. After forty years...

One of ways I kept my writing going over the past couple of years was by watching, reading and listening to others discuss the way they created things.

It didn't have to be novelists. I was just as happy watching the artist Frank Quitely compose a panel for a comic book, or listening to Adam Buxton and Graham Linehan discuss the discipline of writing comedy, as I was tuning in to a Mariella Frostrup interview with Helen Garner or John Banville. With all of these people - even the easy-going Adam Buxton - there was an intensity of focus that anyone who loves their job will recognise. I also saw a pragmatic quality that isn't usually considered a trait of the artist: a can-do willingness to tackle practical hurdles, collaborate with others, and even to compromise. In reality, there are few prima donnas and even fewer tortured-genius types. Though moments might feel like inspiration, art tends to have the whiff of labour about it, rather than the divine. That's reassuring, isn't it?

There was something else, too. Watching artists at work involves you in the process. I feel personally invested in John Banville's novels in a way I know I wouldn't be if I hadn't heard him speak so insightfully about them on Radio 4. A scene in a Graham Linehan sitcom is only enhanced by knowing more about the collaboration between writers and cast that brought it about. A Frank Quitely comic-book panel becomes a thing of even more wonder once you've seen the painstaking choices that have gone into creating its sinuous, narrative images. No spell has been broken; oddly, it seems as though another has been cast, and just for you.

So I am very pleased that the way Unbound works means I get the chance to involve you in The Continuity Girl at this same level. Of course, you may already be implicated through making a pledge, but my job here will be to draw you in further by discussing some of the ways in which the novel came into existence. Funnily enough, there was a moment that felt like inspiration - it came on a boat in the middle of Loch Ness - but when I examined the evidence, I recognised this as an end point, not a beginning. Before it there had been a steady dripping build up of influences, from family stories, from other novels and short stories, from music, from TV, and from repeated viewings of one particular movie...

There will be much discussion of Sherlock Holmes and Nessie. David Bowie and The Beatles will come up, for sure. The singular vision of film-director Billy Wilder will be a recurring theme. And I'll talk about - and in at least one instance talk to - those novelists who make me laugh and wince (in a good way) in about equal measure: both the Amises, David Nicholls, Nick Hornby, Jonathan Coe.

I look forward to telling you all about it. 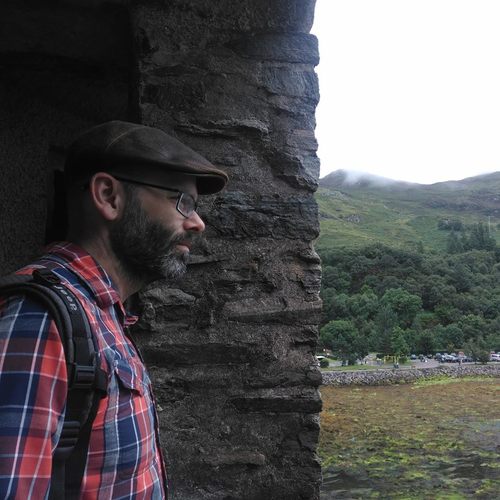