New Year’s Day, 2016. On a walk in the dreich weather, my wife and I discussed plans for the future. I was more than halfway through my latest novel, and had picked out this interesting publisher called Unbound as offering something that might be worth a try…

New Years Day, 2017. My Unbound crowdfunding campaign had begun. I was already 32% of the way to my target. It was an amazing start…

And so we come to the year in which that novel, The Continuity Girl, was published. What follows is a photographic review of the year. It’s been an amazing twelve months.

Waiting for the launch. Jonathan Coe, who has been supportive of The Continuity Girl since I told him about it in 2016, asked to read it. I met him the previous November at the launch of his own Unbound book, a fable for children (but not just for children) called The Broken Mirror. I would meet him again at the Birmingham Literary Festival, prior to the launch of what was surely the novel of the year, Middle England. Or, as Bob Mortimer had it, ‘A guide to how shitstorms happen.’ (NB I hope that’s on the cover of the paperback.)

I attended the launch party of another Unbound book too: Sarah Marr’s All the Perverse Angels. Met other Unbound authors I’d only previously known at a distance too, including Joshua Winning (Vicious Rumer) and Lulu Allison (Twice the Speed of Dark). Also, John Mitchinson, Unbound primo and man of vision…

The Continuity Girl is launched in my home town of Coventry, on a foggy night. With thanks to Michael McEntee of The Big Comfy Bookshop. 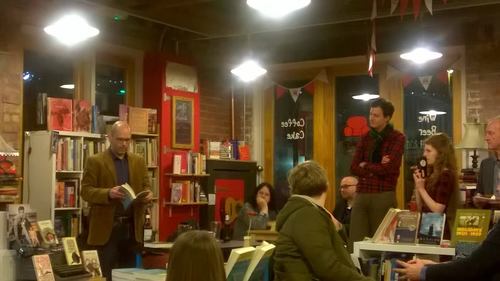 First sighting in the wild. Posted on Twitter by Will Smith of Sam Read Bookseller in Grasmere. We had passed through Grasmere on our way home from Mull the previous November, just after Mark Ecob had sent me his designs for the cover. I asked Will for his thoughts, and he gave me his professional bookseller’s opinion… (Yes, it was the one I went with). 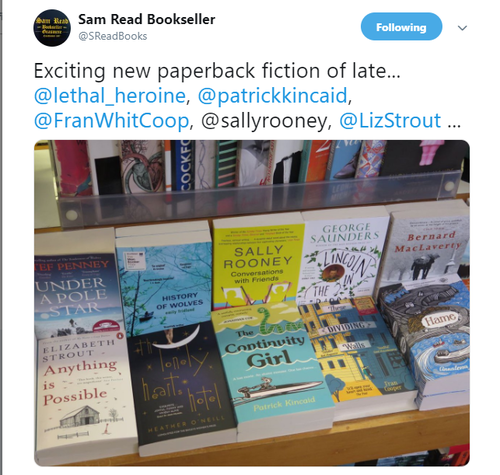 The first time I spotted my book on a shelf in a bookshop was at the lovely Kenilworth Books. Judy Brook and Tamsin Rosewell are tireless supporters of small presses and local authors, and I have really enjoyed the relationship I’ve built with the bookshop. I was honoured to be their guest on World Book Night and to talk about the Unbound experience. This at a time when I was still pinching myself on a regular basis... 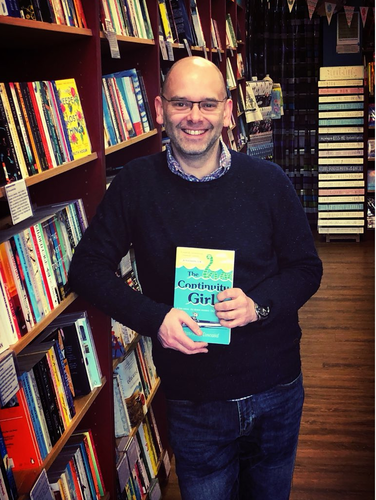 I also met Kit de Waal there (The Trick to Time) when I popped in to sign a few more copies. I’ve met her since, and she still remembers me! 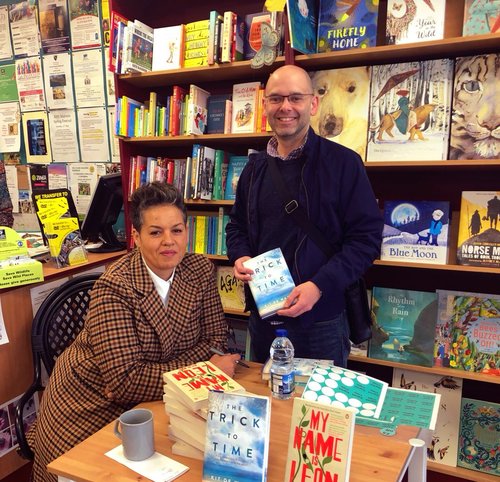 I had a sort of second launch in April at the bijou South Kensington Books, a stone’s throw from the Natural History Museum and the V&A. Dave Swindell, the shop manager, has an interesting connection to the book, since I stole his childhood home in the East End and gave it to Gemma’s parents…  My wife Heather provided us with a Nessie cake decorated with Irn Bru flavoured icing. Was lovely to see Unbound authors Josh Winning and Ivy Ngeow (Heart of Glass) too. 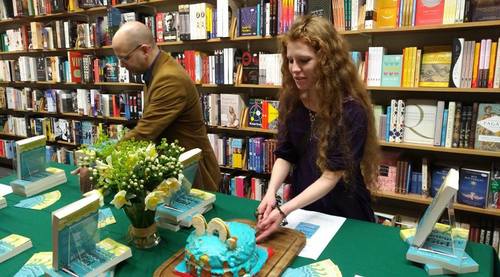 The Continuity Girl around the world: Spain, Brazil, Hollywood CA. That Oscar was won by the co-writer of Billy Wilder’s The Private Life of Sherlock Holmes, IAL Diamond. The photo was posted by Paul Diamond his son, who couldn’t have been more supportive. 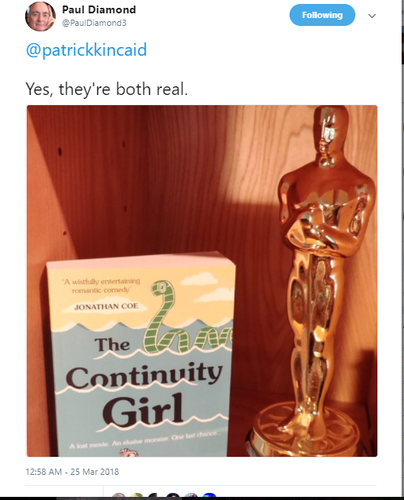 At a book signing at my local Waterstones (Coventry), I met fellow Unbounder for the Midlands, Abda Khan (Razia). 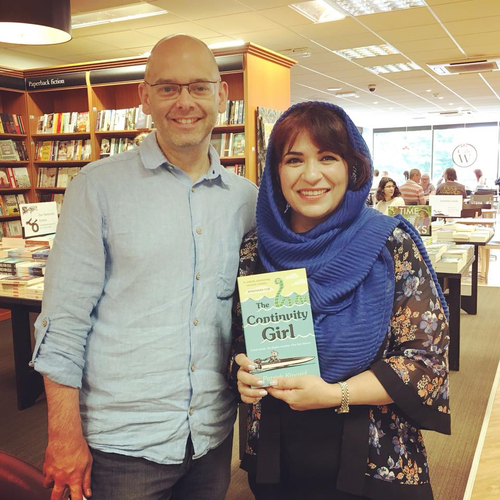 A return to the Highlands. I couldn’t resist bringing The Continuity Girl home to the place where inspiration struck back in 2013, when Heather and I were on our honeymoon. I was particularly pleased to have located the bridge that features in The Private Life of Sherlock Holmes (and which I included in Chapter 5 of the novel). 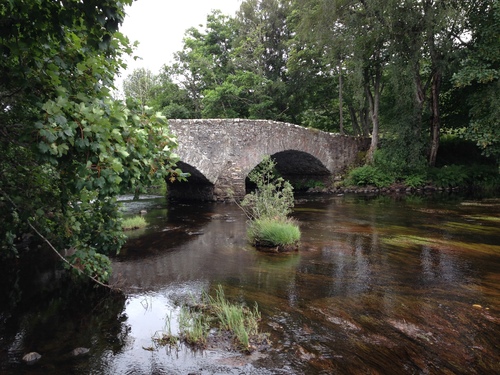 I also met Adrian Shine of the Loch Ness and Loch Morar Project, at the Loch Ness Centre in Drumnadrochit (another location used in the novel). He was as entirely charming and really generous with his time. He seemed as interested in my next writing project as I am in the extraordinary eDNA scan he carried out with Neil Gemmell earlier in the year. 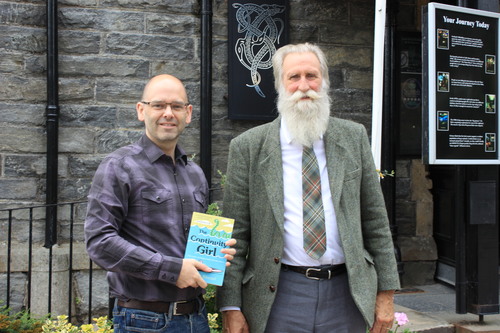 And here we are on the Loch. Not the same guide, so not the proto-Jim. But it was something to be on the same boat, and crossing the same waters, where the idea for the novel sprung to life. 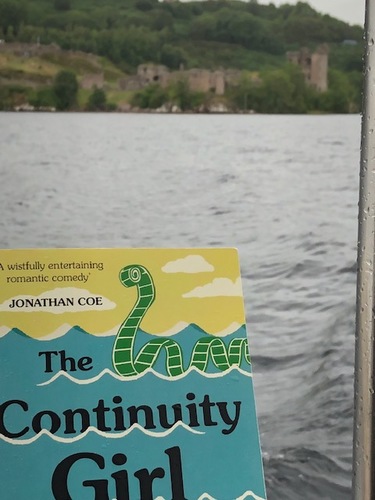 And here's the place where Gemma gets to show people the fabled full cut of The Private Life of Sherlock Holmes: Eden Court in Inverness. 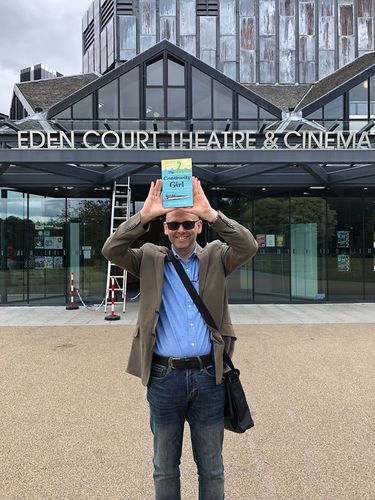 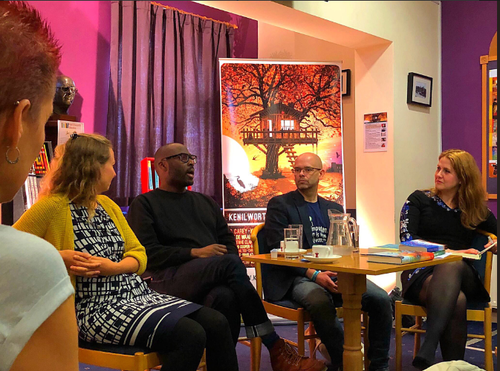 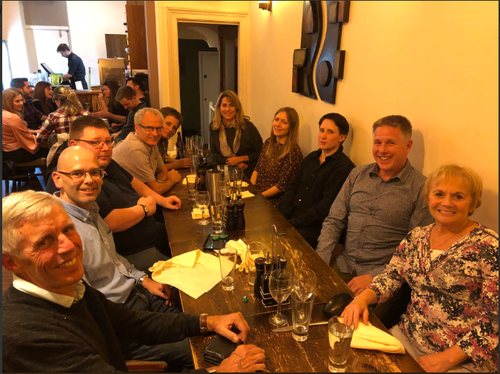 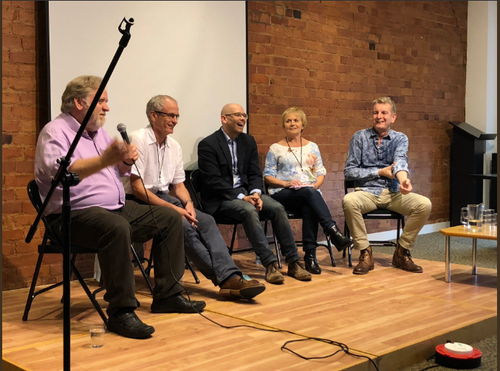 Popped down to Oxford for the launch of CM Taylor's Staying On. Craig was my structural editor on The Continuity Girl and gave me an extraordinary lesson in novel writing in the process. I also met my copy editor that night, Andrew Chapman. 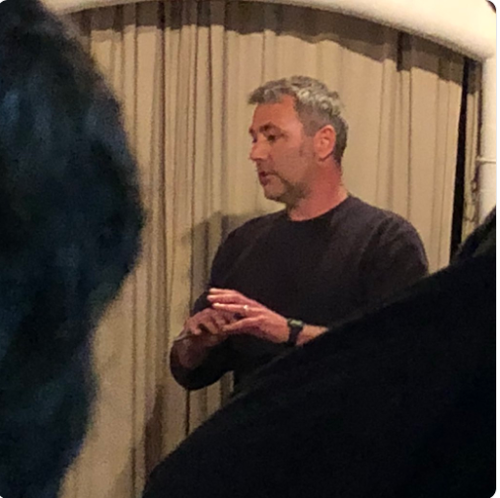 Saw the wonderful Saul Bass inflected front cover of the German translation of The Continuity Girl (Das Script Girl, would you believe), which will be published by Heyne in May 2019. Began a fascinating conversation with the translator, Tobias Rothenbücher (the German edition of Call the Midwife is one of his. Also, all the Brontë novels). 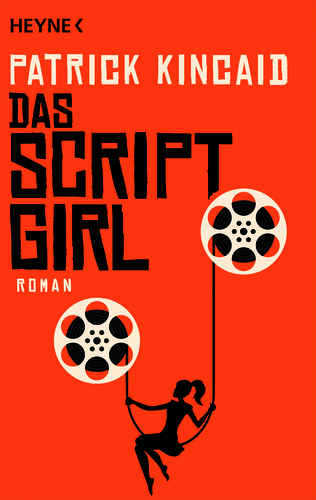 Well, a quiet one. But I was delighted to make A Little Book Problem’s the Top 10 books of 2018. That was a lovely way to end a packed year. Now I'm looking forward to what the next twelve months brings... 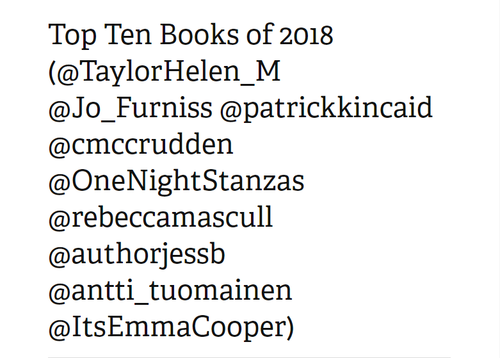 Most of all, looking back on that New Years Eve 2016, I remember thinking over the crowdfunding campaign I knew I'd have to run if Unbound thought my little book good enough to publish. I really had no idea whether I could garner the support. The reason 2018 was such a memorable year for me is entirely down to those people who backed the novel in 2017. Thank you so much, and a happy 2019 to you all!

This is all so uplifting! Great!