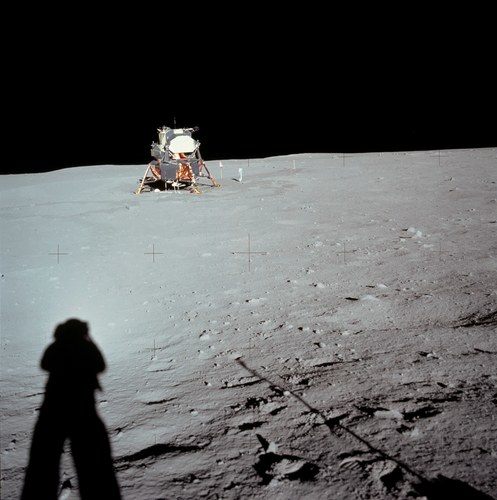 There is some consensus that the sixties didn’t begin in 1960. The void in vital pop music that followed the US Army buzz-clipping Elvis Presley’s hard edges away, and the crash of the Beechcraft Bonanza carrying Buddy Holly, Ritchie Valens and the Big Bopper, wasn’t filled properly until the emergence of The Beatles as a worldwide force in 1963. The contraceptive pill might have been introduced on the NHS in 1961, but if it ushered in a sexual revolution, it was one Philip Larkin wasn’t aware of for another couple of years. He pinpoints a landmark court case as significant, too, claiming that sexual intercourse began ‘Between the end of the "Chatterley" ban/ And the Beatles' first LP’. Things changed rapidly after that, though—miniskirts, flared trousers, psychedelia, rock music (rather than rock’n’roll) were all to come.

Let’s adapt Larkin and say the sixties began in 1963. So, when did it end?

Conventional wisdom marks the decade’s zenith as 1967’s Summer of Love. The next year saw significant events such as the Prague Spring, and the election of a Republican president, Richard Nixon, intent on de-escalating the Vietnam War. But then there’s a falling-off. The Altamont concert, right at the end of 1969, was chaotic rather than groovy, and ended in death. In fact, death makes a dark smear across that year, partly because Nixon’s pacific promises weren't enough to stop the killing in South-East Asia. In July, the body of Rolling Stone Brian Jones was dragged from his swimming pool with a liver full of narcotics. Sharon Tate and others were murdered by the Manson Family in August, leaving a stain on a couple of Beatles tracks that the murderers had chosen to misinterpret. (But NB: Jimi Hendrix’s death—a moment often deemed to mark the decade’s end—didn’t occur till 1970, a few days after my birth.) In Bruce Robinson’s Withnail and I (1987), set in 1969, Danny (Ralph Brown) bemoans the end of ‘the greatest decade in the history of mankind’. That makes for a very short decade—just six years—and I’m not convinced the coda didn’t last a little longer. My first memories are from about ’74, when my family was living in Myrtle Beach, South Carolina. I was regularly called a ‘little Beatle’ because of my mop-top hairdo. My favourite TV shows were Sesame Street (which began in 1969) and Lost in Space (1965-1968). My favourite fictional character was Snoopy. I’m not sure my first handful of years were very different from those of someone born in, say, 1965. But that’s effectively the testimony of the three-year-old.

I’m interested because it’s when a big chunk of my novel, The Continuity Girl, is set. In the summer of 1969, Billy Wilder took his crew to Scotland to shoot the location scenes for ‘The Adventure of the Dumbfounded Detective’ sequence of his latest picture, The Private Life of Sherlock Holmes. One of the leading actors, Geneviève Page, has happy memories of watching TV coverage of the Apollo 11 moon landing, with another leading actor, Colin Blakely. Blakely, if he were following other news, might well have been aware of the trouble brewing in his homeland, Northern Ireland, which was about to erupt into a conflict that would last another 28 years. Elsewhere on TV, they might have watched the first UK screening of US SF series Star Trek. As far as British SF was concerned, Doctor Who was in one of its periods of hiatus, between the bowing out of Patrick Troughton's black-and-white Second Doctor and the emergence of Jon Pertwee's full-colour Third. Even more frustratingly for me, the first series of Monty Python's Flying Circus wouldn't air till October, when Wilder's cast and crew were relocated to Pinewood (though I'm told that the movie's co-scripter, IAL Diamond, stayed up late to watch it, having been persuaded to do so by his wife). Back in the summer, if the cast and crew had turned on the radio, they might have heard the Beatles’ ‘Get Back’ or ‘Don’t Let Me Down’, but not—if they were listening to Radio 1—‘The Ballad of John and Yoko’, which was banned by the BBC for fear that its reference to crucifixion might cause offence. 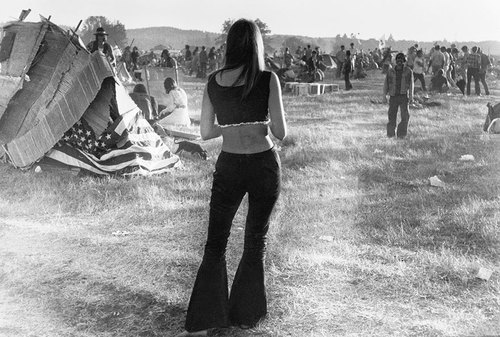 My novel sees the filmmakers encounter—to lesser and greater degrees—a group of scientists who are looking for evidence of the Loch Ness Monster. It might be argued that the people who actually engaged in this activity were possessed of a very 1960s-style anti-establishment spirit, cocking a snook at older scientists who wouldn’t countenance the idea that something was out there. I hint at that—but there’s also a sense in which my protagonist, Jim, has missed out on the 1960s entirely. He grew up in Kendal, studied at Manchester and Aberdeen, and has spent the last three years living in a farmhouse on the north bank of Loch Ness. When he encounters Hollywood-types and metropolitans—at a very happening party on the night of the moon landing, with sex, drugs and rock’n’roll making as much of an impact on him as Armstrong’s momentous small step—he struggles with the culture clash. As I have him observe at a later point, ‘To me, it might as well have been 1959.’

I’ve noted before that we kid ourselves if we imagine that the 1960s was without its own yearnings for the past. The cult for the Edwardian era that affected fashion at the time, and led to the success of odd TV programmes like Adam Adamant Lives! (BBC 1966-1967), seems only odder to me when I reflect that there were plenty of genuine survivors from the period still around. When I look at photographs or film of the time, I’m drawn less to the hip young things than to the way older people look. Many are dressed in much the same way that someone might have dressed in 1939, let alone 1959. My great-grandmother, the only genuine Victorian I’ve known well, dressed this way right up until 1990. Every decade is necessarily a mishmash of itself and the decades that preceded it.

One of the themes of the novel that emerged in the writing was of things coming to an end. None of my characters are as aware as Danny in Withnail and I that this is happening, or that it’s the 1960s spirit that is dying. The Private Life of Sherlock Holmes was not the box-office success its makers had hoped it would be. It didn’t replicate the success of the film with which Wilder and Diamond had ushered in the decade. That was The Apartment (1960), a peerless sex comedy that stands as a counterargument to the Larkin quotation above. If you want to deconstruct Mad Men, a show all about 1960s values, then The Apartment is your Rosetta Stone. The search for Loch Ness Monsters ended shortly after this period, too, though it started up again shortly after in a rather different form. Cinema was also marking new beginnings. Over the horizon, in the early 70s, the ‘kids with beards’ were waiting to take over. ‘They don't need scripts,’ says William Holden's harassed newly-independent producer in Wilder’s and Diamond’s elegiac Fedora (1978), ‘just give 'em a hand-held camera with a zoom lens.’ The formal beauty of the era that produced The Private Life of Sherlock Holmes was indeed coming to an end.